90 years on from the ‘Ring’s first car race, it seems very little has changed 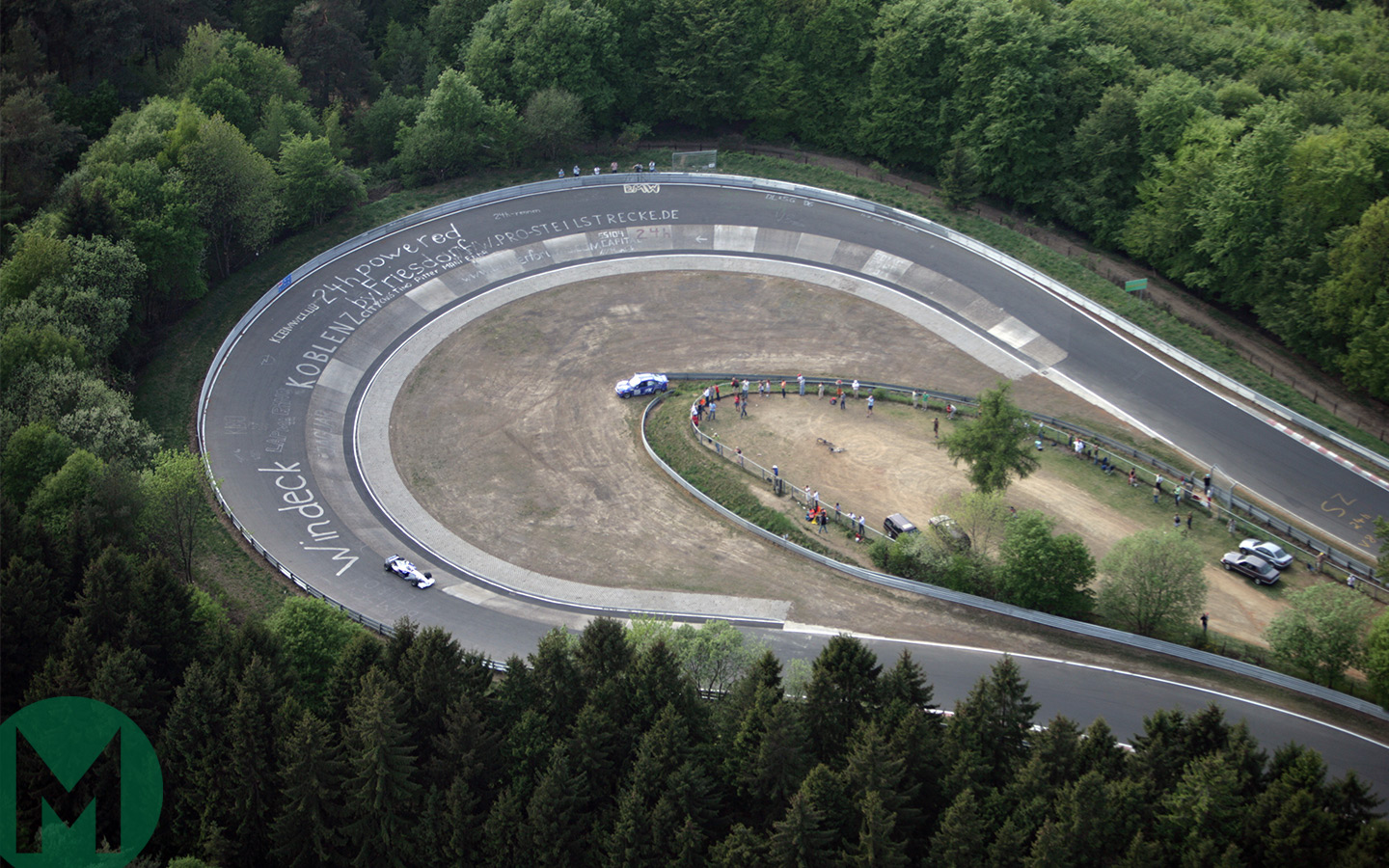 “When we came to the newly opened Nürburgring in 1927, we opened our eyes. We had not experienced such a thing before.”

These were the words of a young 26 year-old German, Rudolf Caracciola, who could not have believed what had been achieved in such a short space of time. A monstrous ribbon of asphalt had been strung through the Eifel region in a mere two years, rivalling the great circuits springing up across Europe like Monza as the ultimate showcase of German engineering prowess and the Leviathan of motoring ambition.

“There lay in the middle of the Eifel mountains a road – a closed loop – with nearly 180 curves spread over 22 kilometres,” Caracciola described. “It’s a track with slopes that attack the lungs of the engine, but also with unspoiled views far over the country, valleys and villages.”

The very first race to be run on the ‘Ring was the ‘Eifelrennen’ – a dress rehearsal for the following month’s German Grand Prix and replacement for the great ‘Eifel Round Trip’ run in the region for several years. ADAC had assembled no less than 65 cars and close to 100 motorcycles for its first Eifel races and, even though the circuit wasn’t quite finished in time, 85,000 spectators lined its forest-trimmed edge. 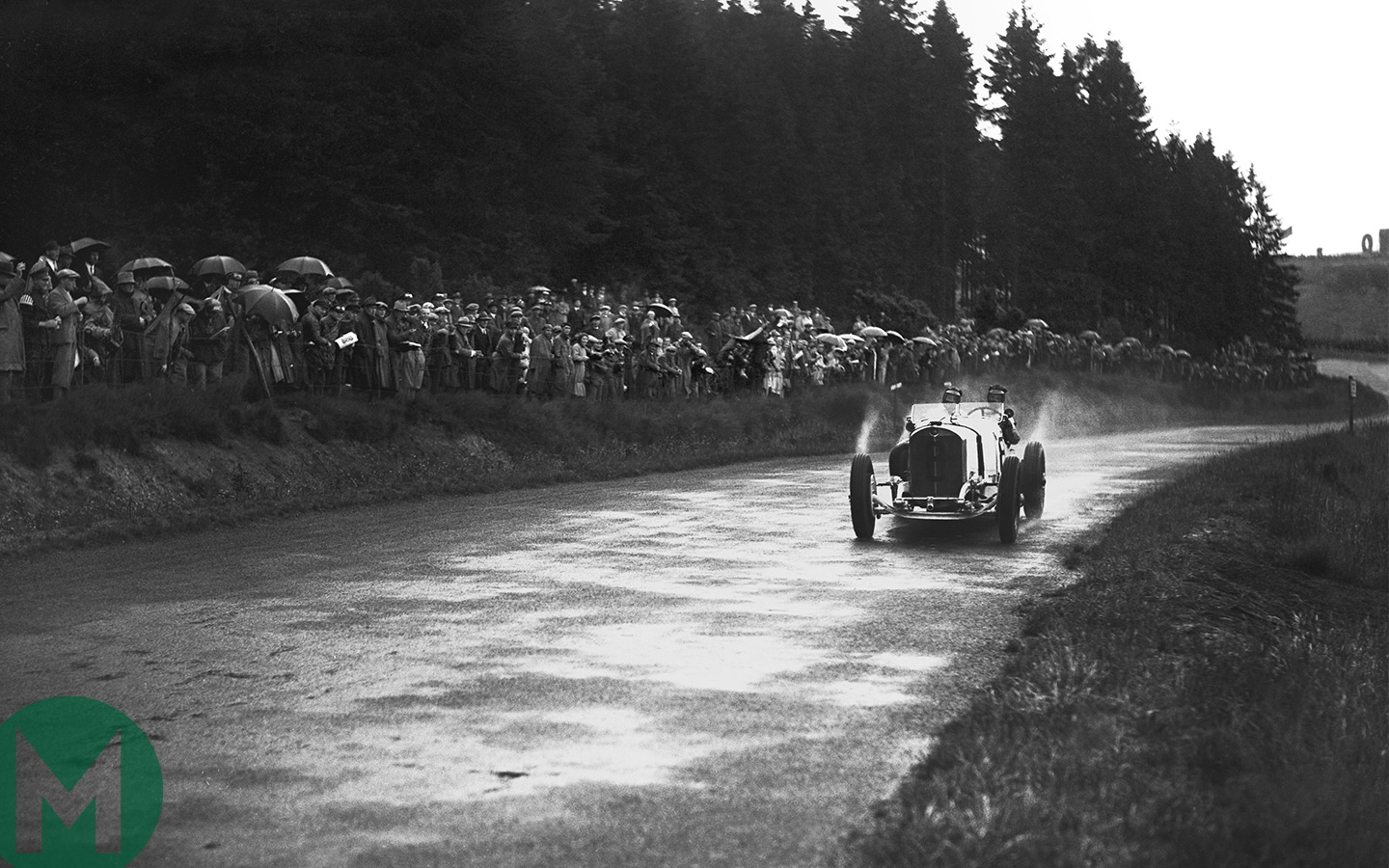 Rudolf Caracciola (Mercedes-Benz SSKL) runs in 1st position during the 1931 German Grand Prix at the Nürburgring, alongside his mechanic Wilhelm Sebastian

Newly formed Daimler-Benz was to compete in this historic race, and Dr Ferdinand Porsche ensured they were well represented. Two 6.2-litre Mercedes-Benz sports cars were fielded for their two star drivers, Rudolf Caracciola and Adolf Rosenberger, and a 2-litre racing car for Christian Werner. As the cars headed out for the first of six practice sessions, hosted over as many days, the variety of the entry was evident: Caracciola’s supercharged Mercedes-Benz sports car ran alongside slick racing cars and, at the other end of the power spectrum, cars such as Hellmuth Butenuth’s 500cc Hanomag. Practice gave the drivers a chance to gauge the circuit’s incredulous complexities, on a loop that from the very beginning was opened to tourists during the week as a one-way toll road.

As Adenau’s church service ended on Sunday morning, a huge crowd was gathering ‘Ring-side. The cars were prepared for a 12-lap, 211-mile test and a German victory was an expectation. It was never in any doubt. A three-and-a-half-hour masterclass secured Caracciola’s place in the history books, leading home two fellow Germans an astonishing two hours ahead of Butenoth’s Hanomag, with the German party soured only slightly by the French Bugatti of German August Momberger finishing as top racing car. 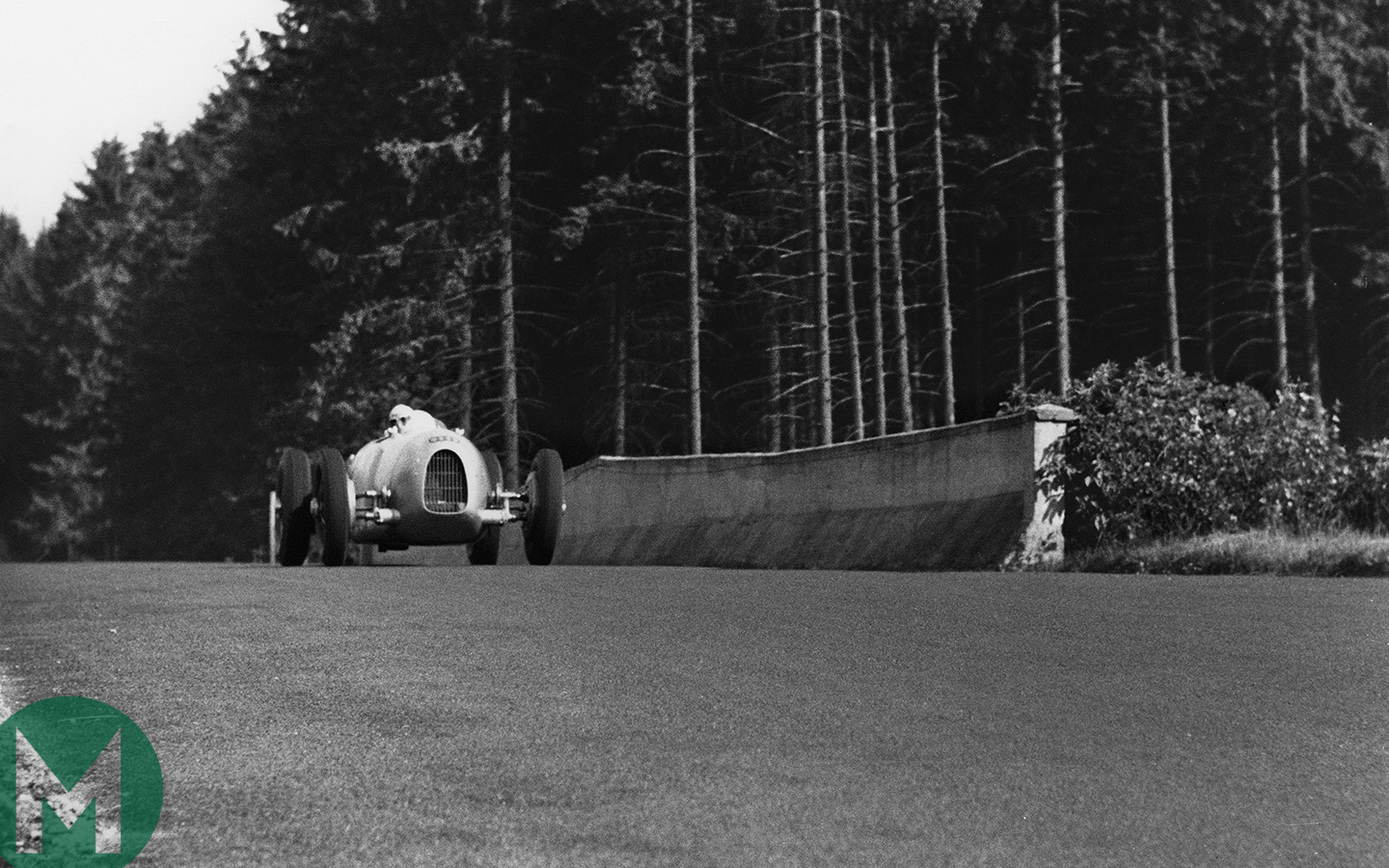 Two further wins at the Eifelrennen and German Grand Prix victory at the ‘Ring in 1928 cemented Caracciola as Germany’s first Ringmeister. He was the class of a strong German contingent, whose stronghold on the race continued unparalleled in the years to come. Bernd Rosemeyer and Hermann Lang dominated the following two Eifelrennen races in front of crowds pushing 350,000 and legendary duels between Auto Union and Mercedes-Benz left the prowess of German engineering in no doubt.

And as the Nürburgring turns 90, it seems very little has changed. The ‘Ring remains arguably the foremost challenge in world motor sport and Germany remains the master of it. German cars have won the last 14 Nürburgring 24 hours and German drivers have not featured in the race’s winning line-up only twice in its history. It remains today, as always, Deutschland über alles at the ‘Ring.