Where were the crowds at last weekend’s British GT Championship round at Brands Hatch? 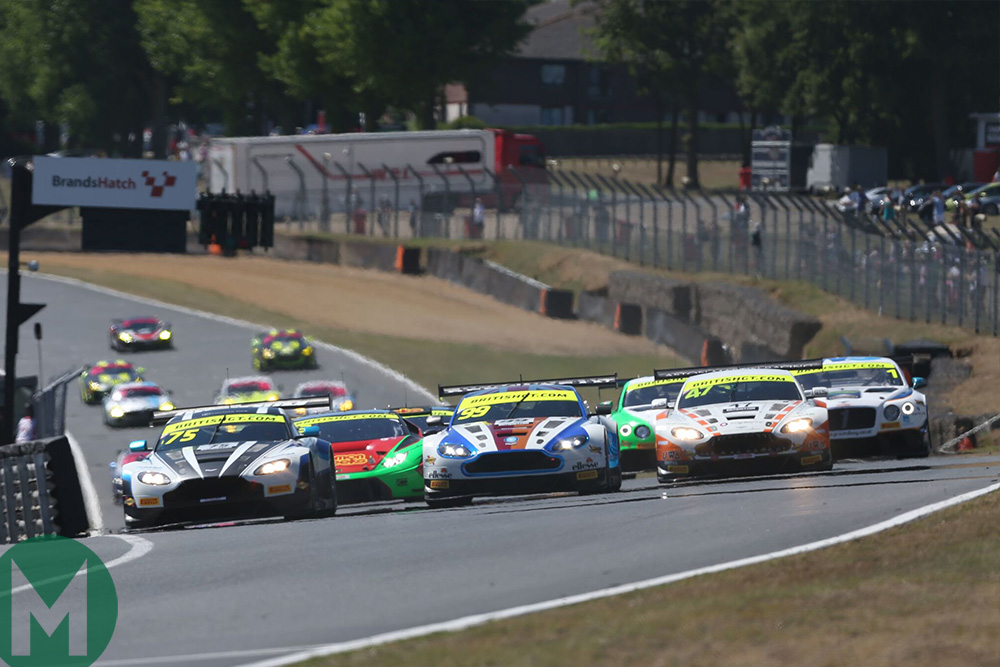 It was about 3pm last Saturday that I realised something. The engines were echoing rather louder than usual around a certain forested section of Kent.

I was stood on the spectator bank at Paddock Hill Bend at Brands Hatch, about to watch qualifying for the British GT Championship – a series that I’ve followed devoutly for the last decade, racking up over 60 meetings.

However, I don’t think I’ve ever stood trackside and had the same sort of empty feeling that struck me last weekend.

A glance across toward the track’s main grandstand made for pretty grim viewing – there was hardly anybody in it – probably 50 people maximum. And there was far too much grass to be seen on the usually packed banking.

Here, on a glorious summer’s day, we had the best GT cars that domestic motor sport could offer, and a world-famous track like Brands Hatch, yet the attendance (or lack of it) was hugely disheartening. The bars were almost empty, and there wasn’t even much of a queue at the ice cream van outside Hailwoods.

Perhaps everybody was in the woods? But a quick wander across to Sheene – now sadly curtained off by heavy crash fencing demanded by the DTM, much to the ire of regular Brands Hatch-goers – confirmed that much of the 15,000 crowd you’d expect to turn up to such an event wasn’t, in fact, keeping cool in the circuit’s shadier areas.

‘It’s only qualifying day though isn’t it? Probably be better tomorrow,’ came one response when I questioned the situation on Twitter. Then came another: ‘Most people would rather just go to the beach, I guess?’

The second one I found perhaps more worrying as, to me, the banking at Brands is one of the most appealing places to spend a sunny day – or most other days in fact – but perhaps I’m just wired differently.

When Sunday rolled around, the crowd did improve but still, it wasn’t exactly heaving. Some obligatory images of pitwalks made the place look busy, but it was more a case of summoning the vast majority of attendees to one small place. Spread those out, and there was still a distinctly tame feel about the whole meeting, which was a huge shame, and it’s hard to figure out exactly why.

I don’t blame British GT. My own affinity to the series aside, it attracts huge crowds at places like Oulton Park, Donington Park, and its showpiece Silverstone 500 event appeals to a wide range of spectators – with the additional Supercar Sunday element and trade stalls always ensuring a bumper attendance and a great atmosphere.

Neither is this Brands’ fault. It’s a terrific venue – perhaps the best in the country (yes, I am local to it, so again have some element of bias, but where else can you enjoy the same level of facilities coupled with the terrific viewing and sort of historical prestige so few other tracks can offer?). Plus, the tickets were reasonably priced – £16 on Saturday and £25 on Sunday for adults. I was also reassured that the event had done pretty well in advanced ticket sales, but seemed to suffer more from on the day take-up.

The issue seems to be down to scheduling. Rewind back two weekends and Brands Hatch hosted the British Superbike Championship. This coming weekend it will host the DTM. That means British GT was sandwiched between two marquee events, which surely had an effect on the pockets of paying race-goers, as well as the promotional budgets of the circuit, considering all promotion I saw before the GT weekend was designed to entice people to its Germanic counterpart instead. Perhaps it’s a case of too much of a good thing? I imagine the school holidays also played a part, but then there’s a counter-argument that a family friendly racing event should have been a decent draw.

It was a real shame, and I’d bet that things will certainly pick up in time for the British GT season finale at Donington Park in late September. But I can’t help but feel the series, and the event as a whole, deserved better.

But that point still remains, would everybody else really rather just head to the beach in the middle of August? Give me the Kentish woods, a 99 and GT cars any day.