Harry Tincknell’s in the midst of a busy year, on double duty, and is chasing Le Mans glory once again 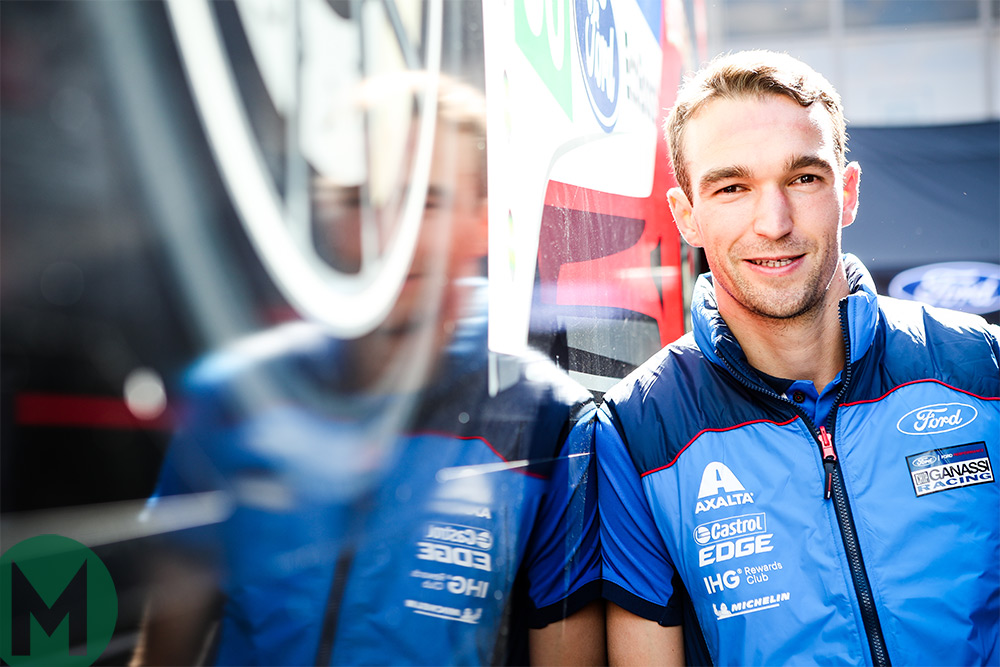 Harry Tincknell is on top of his game, in a Ford GT on the top of its, and he could be about to win Le Mans for the second time in his second different class.

“It doesn’t feel like that long ago that I was at Daytona in 2016,” he says. “I was sat on a stool in the middle of a motorhome, in the middle of the night during the 24-hour race with Dave Pericak, Mark Rushbrook [then-Ford Performance directors], Larry Holt [vice-president of Multimatic Engineering] and George Howard-Chappell [team principal].

“I was pleading my case as to why I should be the third driver at Le Mans.”

By this point he was beginning his third year of sports cars. The rise had been meteoric: in 2014 he joined LMP2 stalwarts Jota and shared a Le Mans win on his debut. By the end of the year he was to be one of the younger bullets in Nissan’s innovative gun that misfired, the Nismo GTR-LM.

Following that midnight Ford conversation, Tincknell would represent his second major manufacturer in as many years.

Two years further down the line, he’s representing a third in Mazda in the United States. Holt had made the recommendation to Mazda, who had just joined forces with the mighty Joest Racing – also brought together, coincidentally, after a meeting at Daytona.

More pressingly, Tincknell is starting his third Le Mans for the Blue Oval this weekend – a gearbox issue slowed the car on debut in 2016 as the sister car won, the following year saw Tincknell, Priaulx and Pipo Derani claim runner-up.

Ford and Porsche have dominated so far in the 2018 World Endurance Championship, disappearing off into the distance in a four-car, two-manufacturer race at the opening round at Spa. And at the recent Le Mans test the Ford and Porsche were again some way clear – almost a second distant ahead of their rivals Aston Martin, BMW, Corvette and Ferrari.

This year sees Tincknell back with Andy Priaulx for a third time, and this weekend they will be joined by IndyCar legend Tony Kanaan. At the test they were the best of the Fords and third fastest between two Porsches. Ideal preparation.

“We had a really strong season last year and just missed out on the title. This is our best chance to win Le Mans,” reckons Tincknell.

“[But] Just to be here now, in my third season with Ford, is mega, really. I’m learning so much off Andy in terms of feedback, car set-up, and at the same time we keep each other sharp on the track. We’re a good partnership, and with Tony again I think it’s our strongest line-up.”

Should they fail, Tincknell’s next race comes quickly: a fortnight later he’ll be among the close confines of Watkins Glen for the 6 Hours in IMSA.

“There were only going to be five races in the calendar year, what would I do on all those other weekends?” he says. “It worked out that the downside of the ‘superseason’ and transitional year actually opened up the opportunity to do things in America. It’s really cool, I’m enjoying it more because I’m under the radar – nobody really knows me over there so I can just focus on my race.”

Joest’s deal with Mazda came together quickly, and Tincknell was announced just two months before the opener at Daytona. That left a lot for him to learn in a short space of time.

“It’s back to the old days of getting my head down and just learning off my team-mates. They know the tracks, the cars and the racing. Even now I’m sat there in the drivers’ briefing with my notes because it’s so complicated with pass arounds and stuff. It’s a really good challenge, every track is like Oulton Park, and very, very enjoyable.

“I like the racing and the show, but there are big races that I want to win: Sebring, Daytona and Petit Le Mans.”

Recent Mazda history suggests wins would be a long way off, given how little progress it made in its first few years in IMSA. But Joest’s magic touch is beginning to show.

Yet his chances of marquee wins have condensed to only the two Le Mans, at La Sarthe with Ford and Petit with Mazda, after proving fast but not yet reliable at Daytona and Sebring earlier this year.

“Although it’s early in the Mazda programme, we led 60 laps at Sebring and were second going into the final pitstops,” he points out.

It keeps Tincknell’s eye in with prototypes, too, remaining familiar with being in the lead class and dealing with traffic in front rather than behind, as he has to do in GTE-Pro in WEC.

“The Mazda has got quite a bit more power, the Continental tyres maybe don’t have as much grip [as the Michelins], but you see the Mazda’s downforce and power when you’re blasting past a GTLM car. You think, ‘bloody hell.’ These GTs feel fast as it is.

“I just make sure I give the Fords and extra half a car width; the last thing I need is an awkward Monday morning…”

With new worldwide rules hoped to unify sports car racing, rumours persist that Ford will step up a level to race toe-to-toe with Mazda in the prototype ranks.

“I think Ford has been on record saying that they would like to win with the same car at Le Mans and Daytona,” concedes Tincknell. “If that happened it would be really exciting, there would be a lot of manufacturer interest – I’m sure Penske would straight over here [in Europe], Cadillac too. There are big decisions to make, and potentially so would I.

“Ford have allowed me to go over and do the Mazda stuff – I’m kind of on loan to them – they are my priority.”

That headache is a while off yet, he has a bigger one this weekend: winning Le Mans.

You can read all about this year’s Le Mans from the GTE point of view in the July issue of Motor Sport, available in stores now and in the app