For those wanting a global prototype platform and a deal of cooperation between WEC and IMSA, the latest changes bode well 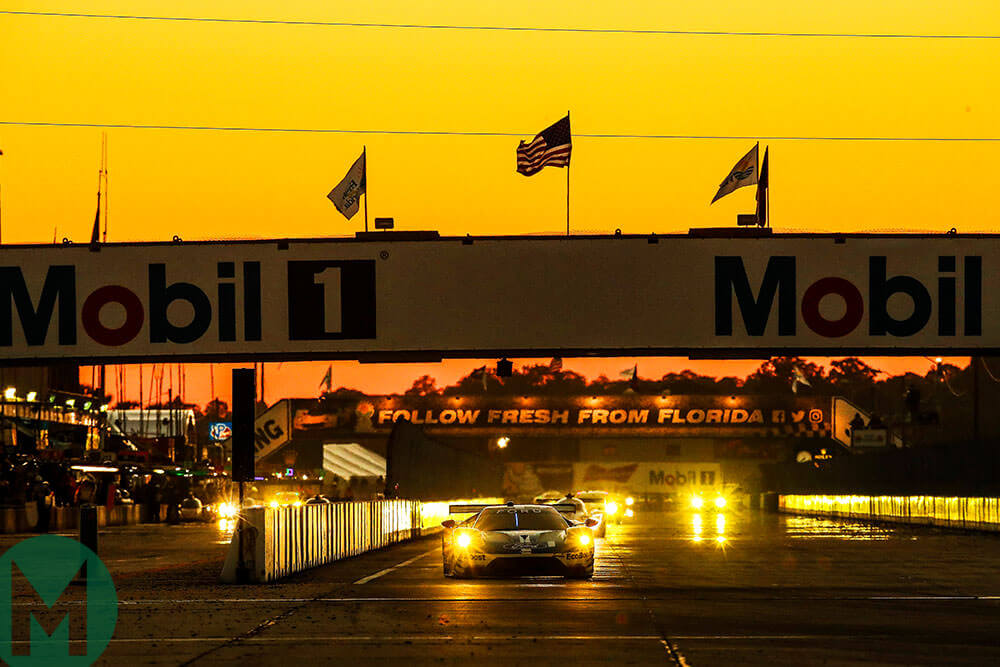 Sense has been seen. The Sebring festival of endurance of 2019, let’s call it, has become a little more palatable for sports car fans.

When announced, it was believed that there’d be a two-hour gap between IMSA’s staple 12 Hours of Sebring on the weekend of March 13-16 and the WEC’s returning Sebring 1000-miler (not kilometres, mind).

Fears were that when the WEC race began, potentially at midnight on Saturday, it would be lit up by the tail-lights of the scores of RVs streaming out of the venue, having watched the race for which they had driven deep into Florida’s swampland: the 12 Hours of Sebring.

Had this switch not have been agreed, it would have been an endurance test for fans, having watched the 12 Hours of IMSA – finishing at 10pm local time – and waited two hours for what would have been a 10-hour race starting in darkness for European audiences.

Not an ideal scenario for spectators.

Now, WEC’s enduro will begin on the Friday afternoon, racing into the sunset. IMSA’s 12-hour has won out and retains its usual Saturday timeslot. That means a Friday night in for European WEC fans.

As a result, the WEC’s race has been reduced from the initial 1500-mile race announced, but still longer than the usual 6-hour events that have been the norm for much of WEC’s modern guise. That variety of race length is a result of WEC’s recent survey, which showed race fans want a return to mixed-format races and returns to places such as Sebring.

‘Fans will be the winners with a great festival of racing’, says the official release.

‘The revised schedule will be more comfortable for spectators, corner workers, media, teams and commercial partners, and will provide even more entertainment for the fans.’

The change is the result of recent talks between IMSA and the WEC. Gérard Neveu, CEO of the FIA World Endurance Championship said “Everyone went in to the meeting with a willingness to find a solution which worked well for all of us, knowing that some flexibility would be required on both sides, and the key points such as the schedule and the pitlane and paddock were agreed very quickly.”

More changes are required, including a second pitlane for WEC ahead of the long final corner. And such is the old-school nature of Sebring, more tweaks will be needed, potentially even to the bridge at Big Bend/Turn 6.

Those IMSA and WEC talks also discussed the prospect of a global prototype platform, which, according to Sportscar365, resulted in potential progress. Spec hybrids are thought to be IMSA’s teams’ preferred solution: off-the-shelf units that will ensure costs don’t spiral to the height that the Audi vs Toyota vs Porsche development battle reached.

Ford reportedly wants more of a balance: not fully spec, but also not the highly technical and expensive hybrid units of WEC. Its interest in LMP1 has been widely reported as the Ford GT nears the end of its initial programme.

It’s unsure where its future lies.

IMSA president Scott Atherton stressed to Sportscar365 that there needs to be an emphasis road-relevance in the championship. “When we think forward and talk to the manufacturers that are already involved in DPi, it’s not unanimous, but everyone thinks for a next-generation evolution it probably needs to be there.”

IMSA’s current prototype regulations are now in sync with WEC’s in that both expire in 2021, a potentially important first step in aligning the two series.

There’s a long road ahead for both series, but this first small piece of cooperation is surely a positive sign for the future of sports car racing.