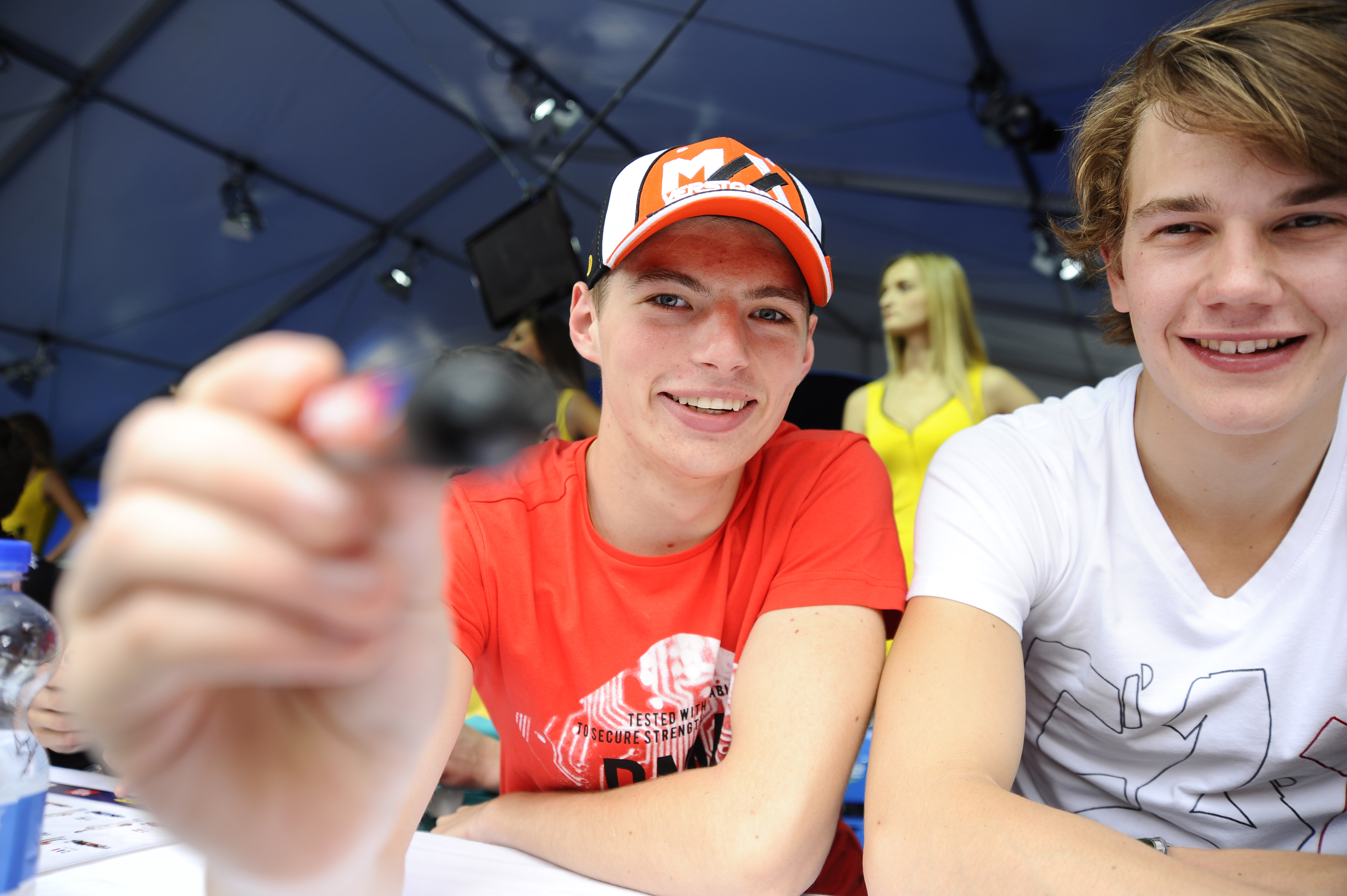 Holland is enjoying Formula 1 like rarely before with Max Verstappen carrying the hopes of a nation.

“Max is someone who knows just when to focus and when to work hard,” his former Formula 3 team-mate Jules Szymkowiak says (above). “But he is a guy who knows how to have fun and relax.”

Partnered together at Van Amersfoort Racing, it was two Dutch teenagers in a Dutch team. Both inexperienced, straight out of karts, and into the top of Europe’s junior single-seater pyramid. One relatively struggled, one thrust himself onto the radar of the F1 teams.

“Max deserves everything he has earned himself. It’s not that he just gets it, he earns it,” Szymkowiak continues. “If someone deserves it then it’s Max. We were close so we knew he was talking to a few teams. But I never expected F1 to happen so fast. I thought he needed one more year, but they decided to go in directly. I was surprised, it was a surprise for everybody.”

As for Szymkowiak, “I was lucky to land in Blancpain. When I was driving F3 I wasn’t really ready. We rushed that. I came from Formula BMW Talent Cup, which is a racing school, it isn’t even a championship. I had some speed but wasn’t mentally advanced enough.

“We were planning to do another year but planning my way to F1 I knew budget would be good for one or two years but then it goes up and gets more and more expensive. So switching to GTs was budget related, but also for my future. The chances of becoming a professional racing driver and working my way up are way, way higher now than if I had kept doing F3. It was a good experience, but for me GTs were the best option because I could spread my budget over a few years.” 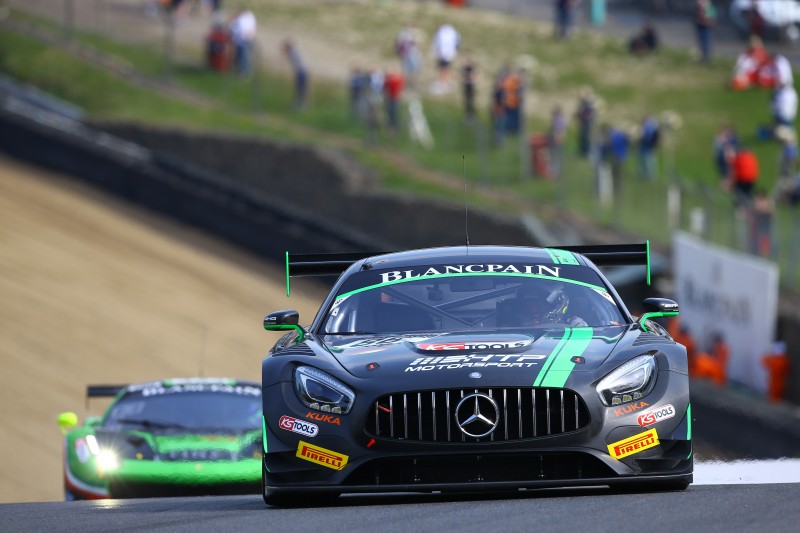 The rise of Max must have had knock-on effects for Dutch drivers. Motor sport, after all, is much more than simply F1. “No, no. Definitely not,” is the reply. “GT3 is pretty much unknown in Holland. Blancpain is the best championship out there but media-wise it is behind. We don’t get the coverage, except from the people that know of it already.”

Blancpain is certainly the world’s best GT championship, and has been moulded into a two-pronged series of sprint or endurance racing. The latter is full, the former struggled on its launch to get off the ground. But that’s where he has found himself, first driving one of HTP’s Bentleys before the team switched to Mercedes for 2016.

“I got into contact with HTP, basically just with an application form. They liked me and it turned into a bit of a success story.”

Recently he beat two fellow rising stars to the first ever Sean Edwards Trophy, awarded by the foundation set up in Edwards’ memory. The selection process is simple enough, and drivers are eligible providing they were 21 or younger at the start of the season.

“You have to be fast. That’s one thing. You can’t snail around. After that they analyse you as a person, how you approach the car and your driving style – how you attack and defend. It’s the whole all-round picture. They wanted that picture to be similar to Sean Edwards. I never met him but my team-mate Bernd Schneider won the Nürburgring 24 Hour with him, so I am aware of him.”

Sean’s mother, Daphne, who is CEO and founder of the Sean Edwards Foundation, was suitably impressed. “I was really not expecting to find so many of Sean’s attributes in one driver. Jules is still very young but is the complete package – with the right nurturing he could have a very bright future ahead of him.” 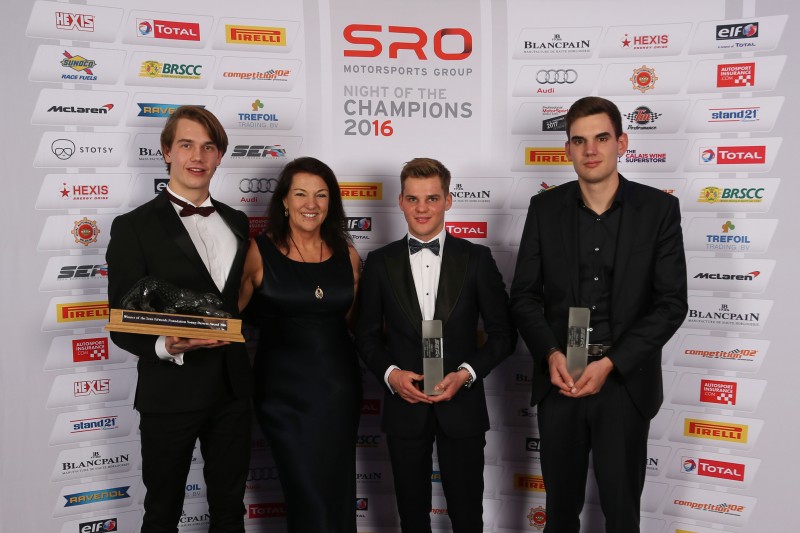 Szymkowiak and Edwards with finalists Dries Vanthoor and Luca Stolz

Bernd Schneider has been one of those aiding the Dutchman. Paired together in Blancpain in 2016 they took victory in the qualifying race at Brands Hatch.

“Racing with Bernd was a huge honour, it helped me a lot. Where I was in my career at the start of 2016 it was the best thing that could have happened to me. I was able to sit next to the guy who has seen and done everything, a legend everywhere. He has nothing to prove so has the right attitude and calmness. That’s where I learned most from him.”

A third year of Blancpain should see him back at the front, and improve on his fourth place overall in the standings. “That is where I want to be. I’ve done one Blancpain Endurance race, and coming from F3 I’m more used to the shorter races. But I don’t think I’m better at one than the other; I get in the car and push whether it’s half an hour or two hours.

“Things change in motor sport, though, we will just see where everything goes. I take it year on year, but I have my goals set high. If you make the right decisions everything is possible. You see everything is advancing, Audi pulling out of LMP1, Formula E gaining popularity and attracting manufacturers; you don’t know where it is all going. Maybe in a few years there will be no F1…”