Peter Dumbreck takes his 13th Nürburgring 24 Hours start this weekend, he tells us what makes the race so special 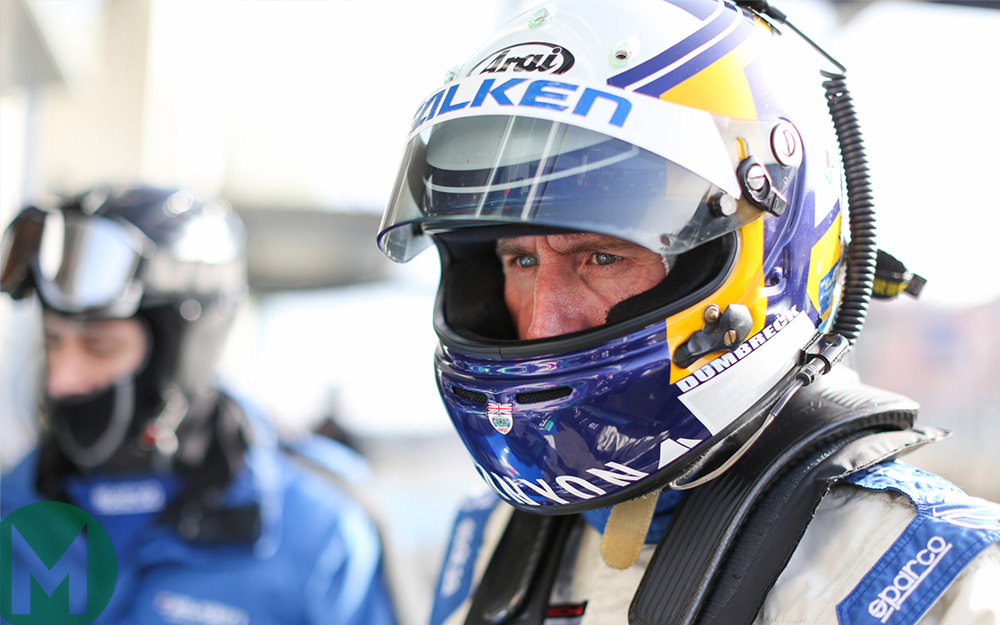 “I was always a sprint racer and all of a sudden I found myself doing these 24-hour races,” says Peter Dumbreck down the phone bright and early.

That coming from a man who in the late ‘90s contested the 24 Hours of Le Mans in the Mercedes CLR GT1, to dramatic effect. He and Mark Webber both flipped terrifyingly on the run down to Indianapolis corner in 1999.

His career up that point had been a success, champion of Formula Vauxhall in 1996 ahead of Justin Wilson, two years after securing the junior title. He beat Sébastien Bourdais and a host of other names to the Macau Grand Prix in 1998, the same year he won the Japanese F3 title.

In the 20 or so years since he’s become a staple of endurance racing, a ‘Ring expert and is about to embark on his 13th Nürburgring 24 Hours. “I think it is more difficult compared to Spa and Le Mans,” says the Scot. “The sheer number of cars, it’ll be somewhere near 160, with different championships in the same race. They’re all racing hard and you come up behind them way quicker and have to find a way by. You might be in your own battle, so that’s maybe three GT3 cars approaching five Opel Astras all duking it out – you have to make a split decision and that could a wrong one. You might be pressured into a gap by the cars behind and that’s where contact happens.”

Even without the traffic the drivers are threading the needle lap after lap, on a circuit challenging like no other. The walls are close, the undulations unload the car and no two of the 170 or so corners are the same. And then the light fades.

“That’s the big danger point, the time leading up to darkness,” he says. “Then it settles down and it is a nice time to be out there. It’s actually peaceful at night. Automatically your pace drops unless you’re fully lit because you’re trying to catch up. A lot of it is the amateurs who might drop 10 seconds, so they become harder to get by and you drop five seconds. It’s important to make it through the night unscathed because if you make daylight you are still in the hunt.”

In 12 visits since 2003 for Dumbreck three moments stand out. Most recently it was the strange interruption in 2016, a thunderous hailstorm – in May! – that turned the track into a skating rink. Many cars simply had to stop, it was so perilously difficult to get back to the safety of the pits.

Dumbreck was waiting ready to get into the Falken-sponsored Porsche: “It was surreal to see, there are very few races in the world where that can happen. You have to take it in your stride. I had to do the restart, we’d lost out because we had just had a pitstop so were down in 40th, so it was pretty crazy to have all those cars in front. The Falken tyre is one of the best in the heavy wet conditions and the Porsche is one of the best in that too so I had a bit of an advantage, but you still have to avoid the other cars. You find yourself trying to keep flat into this wall of white and all of a sudden you’re sailing by cars when you weren’t even trying to overtake. That was pretty weird.”

He’d had a similar experience a few years before, merely rain that time. “It again was my first stint, the rain was incredibly heavy. I brought the car up quite a few positions but you’re apprehensive getting in the car in those situations. You know you can do a job – you’ve done it before – but so many things can go wrong.

“The other stand-out moment was finally making the podium [in 2015]. That had been a long time coming, for a small tyre manufacturer like Falken it was a big thing in such a competitive time. The race is getting stronger every year and it’s not like the other tyre manufacturers are standing still. We’ve been the highest Porsche too for three years in a row, beating the factory cars.”

Falken has spread its bets this year by entering the Porsche and also a BMW M6. Dumbreck requested a switch to the company’s BMW, his fifth different car for the race in 13 years. With the Porsche so good in the wet he’s hoping it stays dry throughout. “That was my gamble when I requested the move,” he explains.

“The BMW is a longer chassis so it’s a bit tricky in the slower corners where the Porsche is good, in the faster corners it’s a lot more stable with a lot of aero. The difference is approaching – and the speed you can take through – the medium- and high-speed corners. In the Porsche you would brake and change down a gear but with the M6 you barely lift and are 10-15km/h faster. That’s the reason for Balance of Power, each car has its strong point and you hope the governing body is fair.”

The Mercedes AMG GTs dominated the 2016 event, filling three of the first five places in qualifying and securing the top four positions at the flag. Measures are in place from the organisers to stop that disparity according to Dumbreck, with BoP being tweaked throughout the weekend and even after the race’s green light, he says. The recent qualifying race as part of the VLN gives the organisers more reference points, too.

For Dumbreck in the BMW the qualifying race failed to go to plan. The Porsche finished on the podium while the M6 crew’s race ended in the wall when Dumbreck spun on oil, denying a probable top-five finish. “Around the ‘Ring things can go wrong so there’s no point pointing the finger at someone. We just have to work together and if that results in a podium or a win then fantastic, if it doesn’t we’ve been through it before and will back next year.”

It’s hard not to believe the 43-year-old on that point. The N24 has become one of the highlights of the GT calendar, loved as much by drivers as it is the army of passionate fans that venture out into the surrounding forest. The variety of cars, from big burly GT cars to the little saloons, and of course the Opel Manta – “that is actually one of the easiest cars to pass because they always see you coming” – make it a must-watch for so many.

Or must-race in the case of this long ago sprint-racing convert. 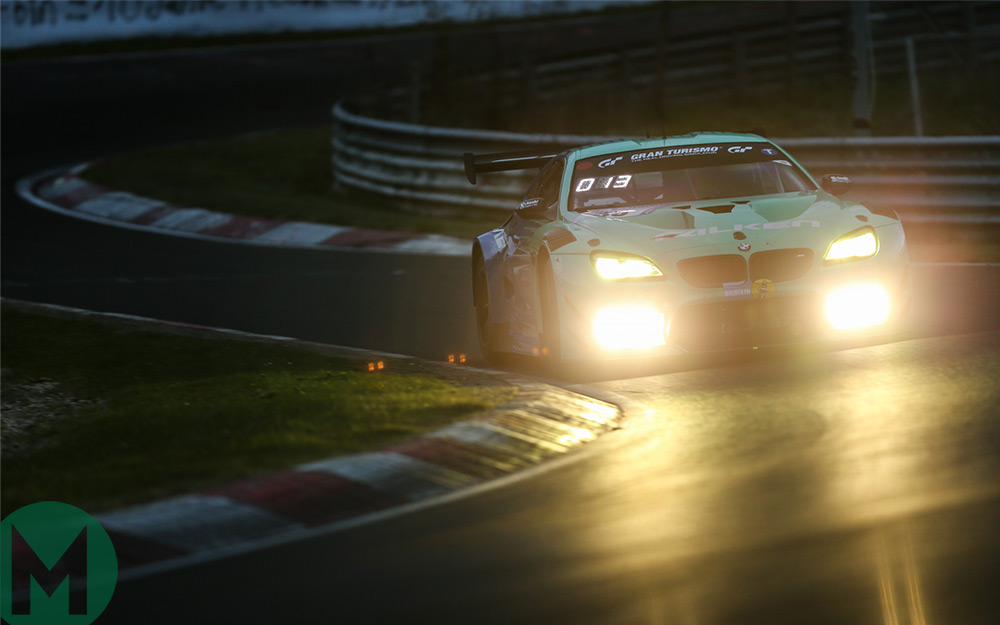 Dumbreck’s cars of the N24

“That was a tricky beast. Converting it over from a DTM car to drive around the ‘Ring wasn’t easy, there was no ABS then, no paddle shift but sequential ‘box. It was a car built to do a one-hour sprint race and then taken out to do a 24-hour race so it was a difficult car to drive. One of them went on to win, ours was crashed twice.”

“It was very different to the DTM car. It had an h-pattern box and loads of power. It took a bit of time to adapt to that car from the Opel.”

“I spent a lot of time in the Nissan. You got frustrated, it was an h-pattern ‘box but didn’t have enough power. But the car itself was glued to the track. It was fantastic, especially in the wet. You always felt really safe, but the problem was you’d have all these cars passing you on the straight and you’d get stuck behind them again in the tight stuff.”

“The car that stands in the best light for you is the one you got the best results in. That’s the 997 Porsche, taking it to the podium in its last year. That was special.”