John Horsman, who developed the Porsche 917 into a Le Mans-winning machine, has died at the age of 85.

The engineer and former RAF officer worked alongside team manager John Wyer for decades, and played a key role in the success of the Ford GT40, Porsche 917 and Mirage GR8 at Le Mans.

After months of being a monster, the 917 was tamed

His greatest moment came in 1969. After two successive Le Mans victories with the Ford GT40, Wyer and Horsman were switching their efforts to the new Porsche 917, with backing from the factory.

But the flat-12-powered Porsche had proved fearsome in its first races that year. Rear lift at high speed was so alarming that some works drivers refused to race it. Vic Elford wrote that the Mulsanne Straight wasn’t wide enough to get the car to run straight.

Enter Horsman and a mid-autumn test at Zeltweg where the air was heavy with flying insects, making their mark on the front of the cars.

“I noted there were hardly any dead gnats on the rear spoilers,” Horsman wrote in his biography, Racing in the Rain. “Since they are very small and light, I knew the gnats would flow over the bodywork exactly as the air flowed, and similar to the smoke from wands used in wind tunnels.

“I knew immediately that we had to raise the rear deck and then attach small adjustable spoilers to the trailing edge. It was obvious to me that if the whole rear body surface was in the airstream, it would be able to exert some downforce.”

The trackside tweaks had a transformational effect on the car, however, with Brian Redman the first to realise the benefits. “Brian stayed out, lapping a little faster each time around,” wrote Horsman. “At the end of [seven] laps he came in and said, ‘That’s it — now it’s a racing car!’

Following more testing and adjustments, Porsche took the makeshift bodywork and developed the Kurzheck, or Shorttail: the 917K.

Immediate success followed, with Gulf-liveried 917Ks, run by Wyer and Horsman’s JW Automotive Engineering (JWA) team, taking the top two positions in the 1970 Daytona 24 Hours. The leading car of Pedro Rodriguez, Leo Kinnunen and Brian Redman finished more than 170 miles ahead of the rest of the field.

An orange and blue car would not win at Le Mans, but it was a 917K in Salzburg colours, driven by Richard Attwood and Hans Herrmann, which crossed the line first in 1970 to claim Porsche’s first overall victory at La Sarthe.

In the course of two seasons, JWA’s 917s won 12 races in the International Championship of Makes, including Pedro Rodriguez’s dominant 1970 display in the rain at Brands Hatch, before the car was outlawed.

Horsman went on to manage the Mirage programme with JWA for Gulf, developing the GR8, which won at Le Mans in 1975 at the hands of Derek Bell and Jacky Ickx.

It was a final triumph for the fuel company, which closed down its racing programme at the end of the season. Horsman moved to Scottsdale, Arizona to join Harley Cluxton III, a former racing driver, who had bought the Mirage operation from Wyer and named the company Grand Touring Cars.  Two second-place Le Mans finishes in 1976 and 1977 would follow.

John Hargreaves Horsman was born on 22 November 1934 in Oldham, Lancashire. 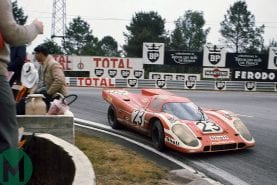 What made the Porsche 917 so special? Was it the 917’s looks, danger, or something much more than that? Fifty years ago, Porsche created the 917. Thirty years later, a…

He attended Uppingham School and served as an officer in the RAF, in radar fighter control, before going on to graduate in Mechanical Sciences from Christ’s College Cambridge in 1958.

An interest in motor sport took him to a graduate apprenticeship with Aston Martin Lagonda, where he met Wyer, the managing director.

Horsman eventually joined Aston Martin’s design and experimental department as a project engineer. He became assistant to Wyer in 1961, and followed him to Ford Advanced Vehicles three years later.

The pair worked on the GT40 project in Slough, battling Ford’s internal bureaucracy to develop it into a Le Mans-winner, and build production cars. At one point, he found himself peering through the car’s rear window to look for engine oil leaks as Richard Attwood hurled it round Silverstone.

After the 1966 and 1967 victories, led by Shelby American, the Ford factory program ended and J.W. Automotive Engineering was formed by Wyer and his business partner John Willment to take over the GT40 operation. Horsman became executive director and chief engineer, and the Gulf-backed team secured Le Mans victories in ’68 and ’69. The success caught Porsche’s eye, and a factory deal to run 917s was agreed.

There had been no job advertised, but he applied for one anyway. At the time John Horsman was an engineering student at Cambridge and often spent his weekends photographing motor…

Copious notes made during his career formed the basis of Horsman’s well-regarded behind-the-scenes book, Racing in the Rain.

In the foreword, Derek Bell wrote: “John’s attention to detail – that carried him so well through his career – is something I have never forgotten and have used as comparison to every other team I subsequently drove with.”

Motor Sport offers its condolences to the family and friends of John Horsman. 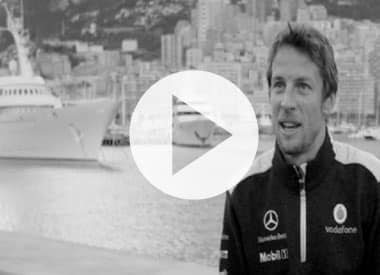 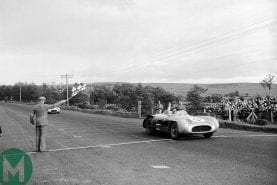