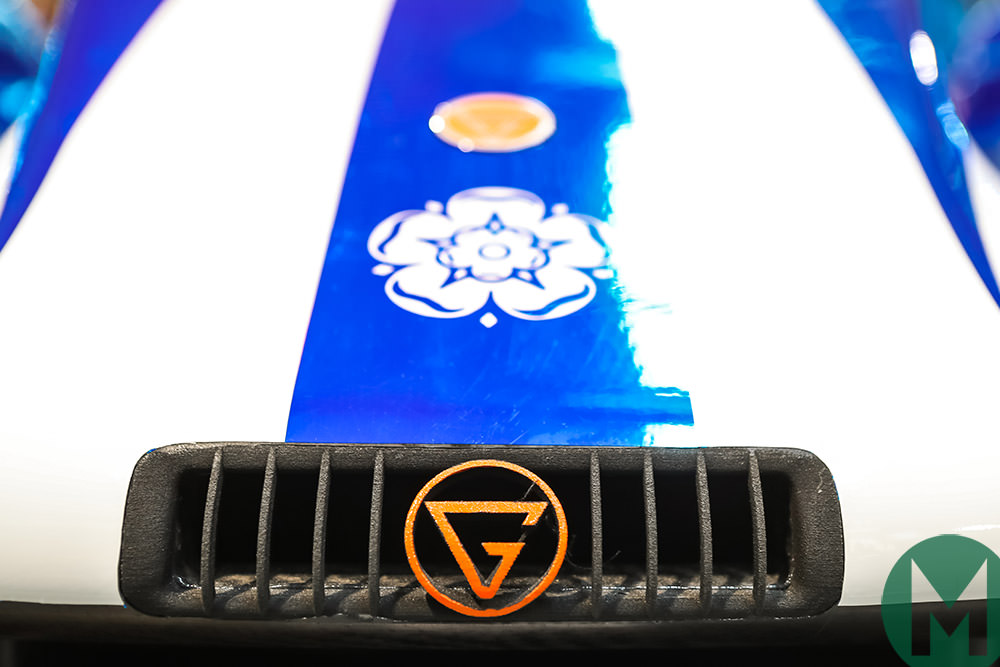 There’s one phrase that usually follows any mention of Manor Motorsport: ‘proper racers’. And with good reason, for few teams have the varied experience to match the Yorkshire squad or the roster of alumni from junior formulae.

Best known to many for entering a costly few seasons in Formula 1, ‘proper’ Manor left the circus for the World Endurance Championship after a few years in vain. Just the name was briefly left behind in 2015. It must have been a welcome relief.

This coming season sees the team spread its wings again, following two seasons of those wings being clipped in the spec-formula of LMP2. It is the first confirmed recipient of Ginetta’s new product, as Graeme Lowdon and co. step up to LMP1 to fight with Toyota, in partnership with Chinese company Talent Racing Sport (TRS).

While millions of pounds have changed hands between TRS Manor and Ginetta, there’s more to it than merely custom.

“We have a huge amount of confidence in Ginetta,” says Lowdon. “We’ve known Lawrence for a long time and the most important thing from our point of view was the relationship, over and above the product.”

“The relationship will continue as it has from the start,” pops up Tomlinson. “Manor and TRS have been at the factory building the car with our boys. There are very few factories that would have customer teams inside as bits are arriving. They have been there putting their car together. Once it’s delivered, how they develop it is up to them but we’ll always be in contact. It’s a two-way street, TRS and the M and a G at the end.”

TRS’s involvement will be changing too, and Lowdon’s hope is it will open new doors to both the team and the sport. “Last season, when we were working with TRS, the team was still Manor. In LMP1 it’s a joint-venture business, a true partnership. There are, we think, lots of opportunities where we can bring our expertise and their contacts and skillset. China is very fertile ground on which we can do our part.

“If you change that fan engagement by 0.1 per cent in the UK then it’s great,” continues Lowdon. “Do that in China and it’s just enormous. We’re seeing more and more popularity as we’re getting more and more engaged with the fans.

“The opportunities for motor sport are absolutely huge. It’s a huge population, there’s no reason why a young schoolboy or girl shouldn’t be as excited about a racing car as one in Britain or Germany or anywhere else. I’ve been visiting car plants that are truly amazing in scale and size.”

Being in LMP1 means the possibility of tying up one of those manufacturers to a branding partnership is opened up. “It certainly can be a possibility,” Lowdon admits, and there are plenty of manufacturers trying to make their way out of China and into the west.

But he’s conscious of the negative effect a reliance on manufacturers can have: “Car manufacturers’ prime responsibility lies with its shareholders. The perspective is different. The reason car manufacturers come and go is that they’re not free to make their own decisions. They have a responsibility to sell cars, but the guys involved in the racing team are proper racers – look at Audi, that was all run by Joest, who are really, really good guys.”

A branding partnership would therefore be the perfect scenario for Manor and the WEC, as shown in IMSA.

The link-up with TRS doesn’t automatically mean we should expect to see a Chinese driver dropped in to satisfy the partnership or to attempt to exploit the potentially untapped market, either. He stresses the need for quick drivers, and with Rebellion swooping for Andre Lotterer and Neel Jani to help chase Toyota that need is only amplified.

Manor has learned in recent years that there’s more to building an endurance team of drivers than simply picking the three quickest. The ‘sum is more than the parts’ is an often-trotted out phrase for good reason.

Jean-Eric Vergne, who has settled well into endurance racing – look for his opening Le Mans stint in sweltering conditions for proof – must surely be well placed. “He is a really talented driver, he’s very experienced,” Lowdon continues.

“He’s raced at the very highest level in single-seaters, LMP2 was a chance for him to build some experience in endurance racing. We’ve got to know him well, and he’s a world class driver; world class drivers are what we want in our car.”

Interest from drivers has been high, according to Lowdon, and picking three is a tricky task when you consider the wider motor sport environment. The net can now be cast wider than it has in decades.

“There’s a perfect situation at the moment,” he says. “Works teams have been stopping in WEC and in DTM, and there are no clashes with Formula E next season. It’s also become acceptable again – thankfully – for Formula 1 drivers to go and do other things. More are looking at it and the more of that the better.

“Drivers love driving these cars, if you give a driver a proper prototype at a circuit like Le Mans and they’re not interested in that then they’re not a serious driver.”

One signing has been made from F1, that of former Ferrari engineer Dave Greenwood. He brings added kudos to the nascent project, and will be an asset in this development-driven formula. He’ll push the Ginetta on from a base that’s already included big hitters like Paolo Catone and Adrian Reynard.

Manor has the final piece in what is “A really great group of people, all with a common objective of wanting to be successful”. Now it’s a case of attracting the proper racers to match.