Woolf Barnato, one of the most important men in Bentley’s history, and his 4½-litre 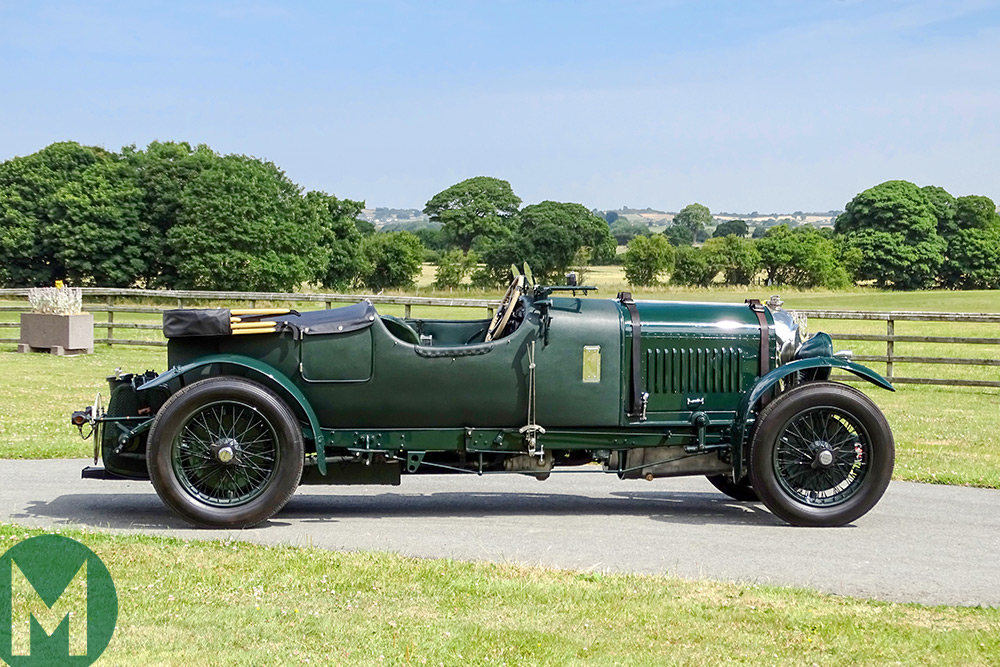 WO Bentley once described Captain Woolf Barnato as “the best driver we ever had and… the best British driver of his day”. ‘Babe’ epitomised the spirit of the ‘Bentley Boys’ and, evidently, he was WO Bentley’s favourite.

Our own Bill Boddy reckoned the Bentley Boys’ skills at the wheel to be legendary, with four consecutive Le Mans 24 Hours victories between 1927 and 1930. Barnato bankrolled all, started three and won three – leading him to be nicknamed ‘Mr 100 per cent’ by the ACO.

Bentley’s story of success at Le Mans began in 1924 with the 3-litre, which John Duff and Frank Clement took to victory. But the pair of 3-litres lost out in 1925 and then, with three racing in the 1926 race, all of them retired. Bentley was falling behind, and the 3-litre wasn’t passing muster.

So, the company went back to the drawing board “for just that extra reserve of everything which they had come to value so highly when driving the three-litre“. That would be power.

The prototype was known as ‘Old Mother Gun’, and Bentley, in 1927, replaced one of its trio of 3-litres with a 4½-litre driven by Clement and Leslie Callingham. A new La Sarthe lap record was set with it (twice), but when dusk fell Callingham embedded the 4½-litre in a ditch.

Barnato’s turn in ‘Old Mother Gun’ came in 1928, and he battled against a Stutz and a pair of Chryslers to win, although the 4½-litre’s radiator was leaking at this point. As Bill Boddy recalled, “[Woolf] never wanted to drive the last spell again”.

He went on to win the next two Le Mans 24 Hours, and in 1930 was happy to retire from racing having held off Rudolf Caracciola’s supercharged 38/250 Mercedes-Benz “after a stirring duel”.

Barnato owned two normally-aspirated 4½-litre cars: ‘Old Mother Gun’ and chassis NX3457. ‘Old Mother Gun’ evolved into a single-seater Bentley Jackson Brooklands racer powered by a 6½-litre engine, while the second 4½-litre Bentley, however, remains intact. When it is auctioned by H&H Classics at the Imperial War Museum, Duxford, on October 17 it is expected to fetch more than £750,000.

This NX-series car was delivered to Barnato in March 1929 and presumably sold by him in November (it was then the guarantee for the Bentley chassis was transferred) having covered nearly 10,000 miles. It passed through the hands of numerous owners in the decades that followed, although none of them with the same racing pedigree.

Nor such a flamboyant lifestyle – in Eric Dymock’s The Complete Bentley, it is said that “winning was [Barnato’s] custom. Army officer, businessman, racing driver, six feet tall, athletic, an accomplished skier, a first-rate shot, a two-handicap golfer, power-boat racer, kept wicket for Surrey… in short he was a celebrity.”

The stock market crash of 1929 forced Barnato to sell the company to Rolls Royce in 1931, and Barnato continued his lavish parties – supposedly spending £1000 a week – while also racing motor boats on the Welsh Harp reservoir in London.

He joined the RAF in 1939 as Europe entered war, and Captain Barnato died during an operation for cancer in 1948.

This 4.5-litre Bentley, restored extensively and expensively, therefore, is not just an incredible homage to the manufacturer’s success at Le Mans, but to the man who became the best of the ‘Bentley Boys’.