The bare bones of the Ferrari legend 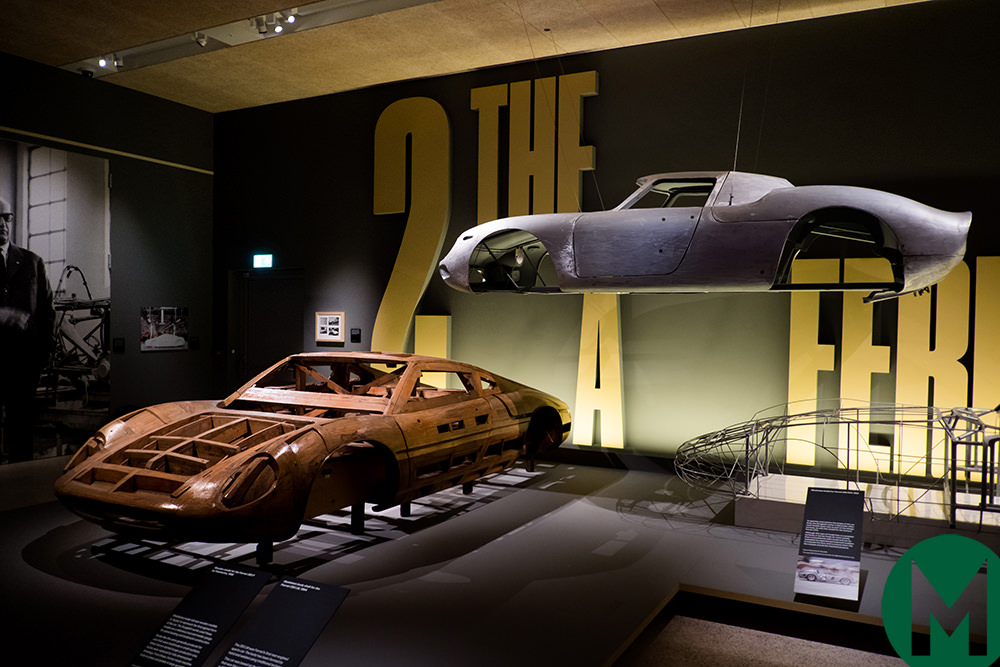 It’s not the first exhibition commemorating Ferrari’s 70-year history – but it may be the finest.

Opened on November 15, the Design Museum’s display goes, as the title suggests, deep into the history, the man and the machinery. It showcases remarkable archive material – Enzo’s hand-written reports, Mille Miglia entry forms, body design sketches, rare photos – and cars you’re unlikely to have seen in the metal, such as Peter Collins’ special-bodied 250GT with cutaway driver’s door and Gianni Agnelli’s two-tone 166.

Linking these is a lavish explanation of how Ferraris have been shaped across the years, with original Columbo and Pininfarina drawings, the wooden buck for the three-seater 365P, full-size wire form for a GTO and the raw aluminium shell of a 250LM (pictured: above), with the half clay, half painted body of the J50 Japanese special under a film of hand-sculpting body shapes and an array of wind tunnel models. ‘Ferrari Bones’ lines up components from pistons to a bare 458 shell and 250GT chassis before guiding you past full-size road vehicles and then the racing machinery – not just ‘of the type which…’ but Ascari’s actual title-winning 500, 250GT and Sperimentale race winners under Stirling Moss, the F2000 F1 that took Michael Schumacher to the first of his run of titles.

It’s a highly considered exhibition offering a degree of insight not often seen in car displays, backed with tangible historical scholarship drawing on some of the finest archives around, notably that of Ronald Stern who has provided not only paper treasures but the helmets of Hawthorn, Fangio, Ascari, Villeneuve…

An extra delight is the cult classic film ‘C’etait un rendevous’ – 12 minutes of on-board footage streaking through Paris streets playing large on a wall. But the soundtrack is ambient music instead of V12 orchestration. That’s the only lack of this impressive show – no Ferrari engine sounds.

View photos from the Design Museum below, plus the Maranello event courtesy of our snapper Lyndon McNeil