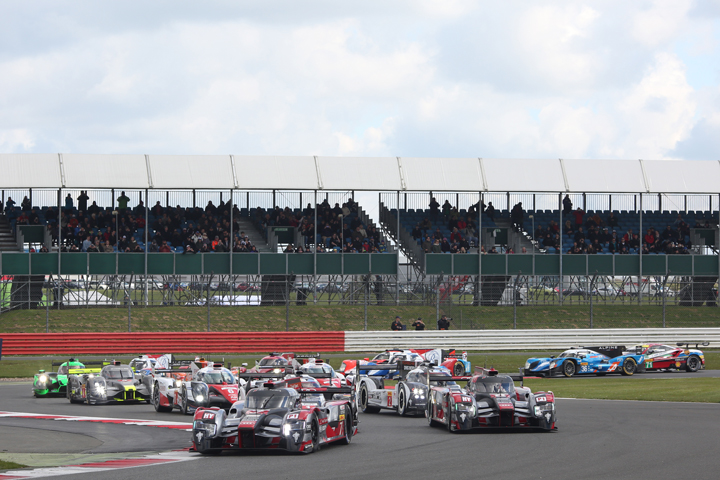 The World Endurance Championship versus Formula 1 debate has been done; they have separate and distinct appeals. It’s much easier, instead of drawing comparisons, to simply look at what the World Endurance Championship has got right since its return in 2012. The best way to do such a thing is as a paying punter. The net loss of an ultimately unsuccessful late, sheepish email to the WEC media team is impressively inexpensive: £40 all-in for the weekend. Less, then, than it costs to simply park in a field for the British Grand Prix in July. For that £40 you get 10 hours of the best sports car racing the world and Europe has to offer. Across the sporting spectrum that is unprecedented value for money – barely a game of football. It’s no wonder its popularity is only growing. 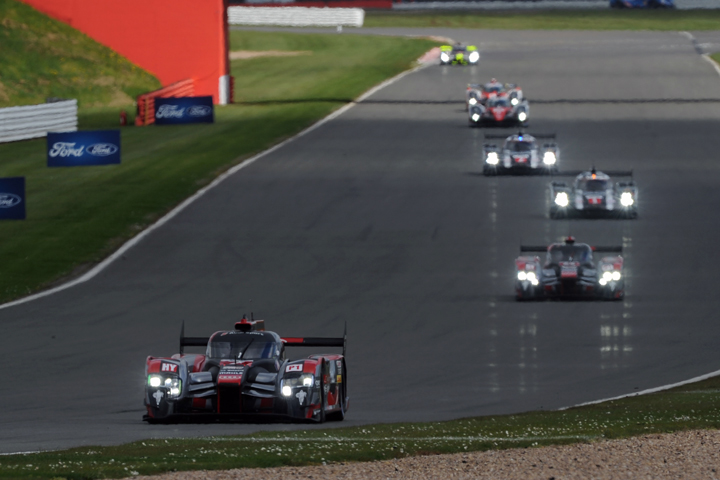 The number through the gate has been rising every year, and the cheer that greeted Mark Webber’s dusty squeeze into the lead on the pit straight hints at where they might be coming from. That increase transpires to move the start time of fans’ hunt for a seat within view of a screen for the beginning of the race earlier than ever. Had British GT not been beginning its season on the Brands Hatch Grand Prix circuit and Donington not been hosting the BTCC just down the road it most likely would have been even tougher to get into the packed grandstand. An odd triple-header clash for all parties, circuit owners and promoters. Helping the weekend’s cause is the rude health in which multi-class racing finds itself: some 44 cars lined up for the European Le Mans Series clash, 33 in WEC. And while it was always going to be difficult living up to the spectacles produced 12 months ago, when a last ditch lunge claimed the ELMS win and Audi and Porsche played out one of the great sports car duels, there was more than enough entertainment provided in both. Trackside, somewhere you can go on weekends like this at Silverstone without your view being impeded by a large sponsor’s strip aimed directly at the TV cameras, you’re treated to a display of exactly why these machines are so impressive. At Stowe, having swallowed the ground since exiting Chapel in barely the blink of an eye, the LMP1s are breathtaking. Slingshotting out of the Loop, the speed they gain, and gain, and gain, is similarly otherworldly. The comparatively slow GTs only amplify the serene speed of Germany and Japan’s finest prototypes. Despite being handicapped by altered fuel regulations for 2016 the prototypes look no slower and no less spectacular than we have become accustomed to over the past few years. In fact, the ACO has merely succeeded in pinning the pace – the race’s fastest lap would have been good enough for the front row in qualifying 12 months ago. Another tick in the right column for the ACO, and an even bigger one for the manufacturers. 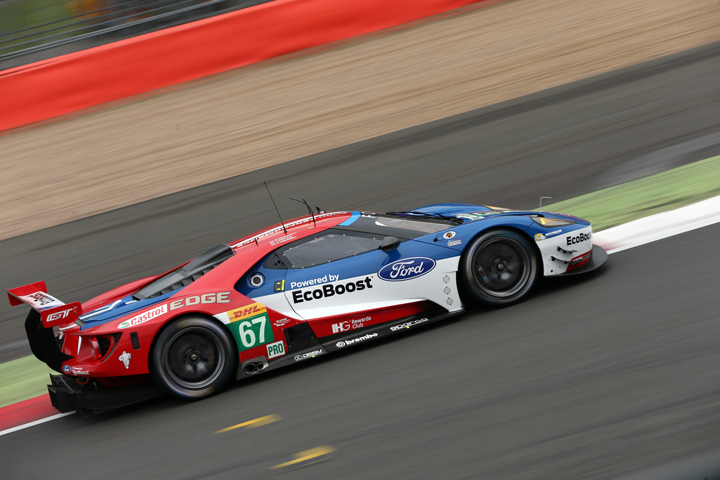 It isn’t simply the cars that create the spectacle, the one holding the steering wheel makes a real difference. Maggots/Becketts is always a good signpost for speed, confidence and talent, and as the inexperienced LMP3 crews wobbled, and at times dithered, through in Saturday’s ELMS 4 Hours of Silverstone Harry Tincknell stood tall as the shining light in his G-Drive Gibson LMP2. His authoritative dealing with traffic proved the difference in the early stages, constantly putting cars between him and his chasers with forceful and committed passing of backmarkers. He made the rest look ponderous. It’s this that wins races and more often loses, as almost shown on Sunday when Romain Dumas span assisted by a Ford GT. That same Ford GT was later taken over by that man Tincknell, who then bettered his former Nissan colleague Olivier Pla for Ford bragging rights. Both overdue a full LMP1 seat, the former will unquestionably be one of those being eyed by Audi, Toyota and Porsche when seats are vacated in the not-too-distant future. With such an array of talent, racing some of the fastest and most spectacular cars on the planet, the 6 Hours of Silverstone and 4 Hours of Silverstone double header – along with Blancpain’s annual visit – is far and away the best of Silverstone’s calendar. It’s this generation’s Brands Hatch 1,000km.