In this month’s magazine Motor Sport has focused on the significant but underappreciated Zerex Special. Vital in the foundations of Penske and McLaren, and recently restored, here are the beautiful images 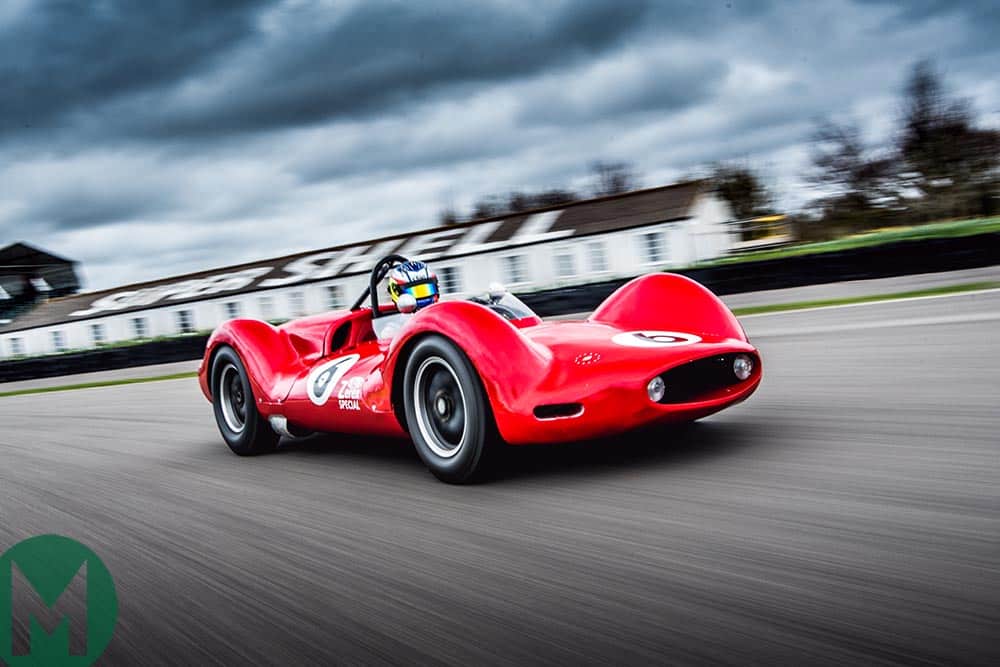 The Zerex Special is put through its paces on track Photo: Jayson Fong

The Zerex Special. Does the name ring any bells? It may not, but it should. For this month’s magazine, Motor Sport explores what we call “probably the most important and influential car you’ve never heard of”, which has just been restored after being lost for almost six decades.

It was with this prototype that Roger Penske first got to display his engineering genius, and the car also inspired Bruce McLaren in the mid-1960s to launch the now-famous car concern bearing his own name.

We investigate the Zerex’s complex and fascinating lineage – including how Penske’s creative interpretation of rules requiring two-seaters in effect created a single central-seat sportscar.

We also trace its considerable on-track success and even how it set the tone for the great Can-Am formula. We also track the meticulous work done to restore the car, extending back over two decades. Last year the Zerex returned to the track.

And there is an imminent opportunity to check the car running on track for yourself as it’s on the entry list for this year’s Goodwood Revival.

McLaren development driver Joe Osborne, Greg Heacock, who led much of the restoration, along with our own correspondent Robert Ladbrook and editor Joe Dunn, admire the Zerex Photo: Jayson Fong

Motor Sport, however, has got there first and taken the restored Zerex Special out for an exclusive track test at Goodwood, and did so alongside McLaren’s latest road-going car the 720S Spider.

McLaren development driver Joe Osborne, who was integral to the development of the 720S GT3 customer racing machine, took to the wheel of the restored Zerex for a six-decade step back in time.

“The first thing that strikes you is the Zerex is absolutely beautiful,” Osborne told us, “proportion-wise it’s perfect.” And that was far from the only noteworthy thing about the Zerex.

Read the full story of the Zerex Special, plus of its exclusive track test, in this month’s Motor Sport Magazine.

And you can get this free A3 Zerex Print capturing the moment of our exclusive Zerex track test when you subscribe for 12 months at only £49.99.