An old brewery buried in the heart of East London isn’t the usual location for a car company launch, but then Nissan has been doing things a little differently in recent years. And so earlier this afternoon that’s where we found ourselves to see the manufacturer announce its full-time return to prototype endurance racing in 2015. 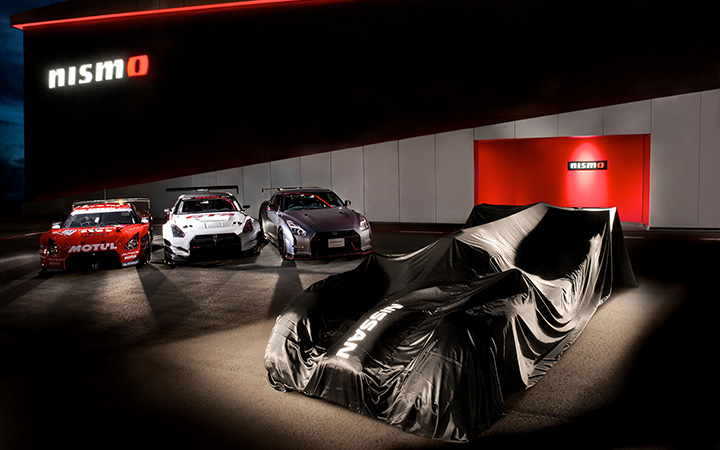 Nissan will be at Le Mans this year as well with the Garage 56 ZEOD RC all-electric racer and lessons learned from that technology will feed into the new LMP1 car. Executive vice-president Andy Palmer says that the GT-R LM NISMO will exploit different technologies compared to its future rivals and buck the current prototype design trend.

“The new rules introduced this year by the FIA and the ACO allow us to be different, challenge convention and to innovate,” said Palmer. “Nissan will bring a different attitude to Le Mans. We’re not here to create another car that looks just like our competitors or follow their path technically either. LMP1 is a perfect fit for us. 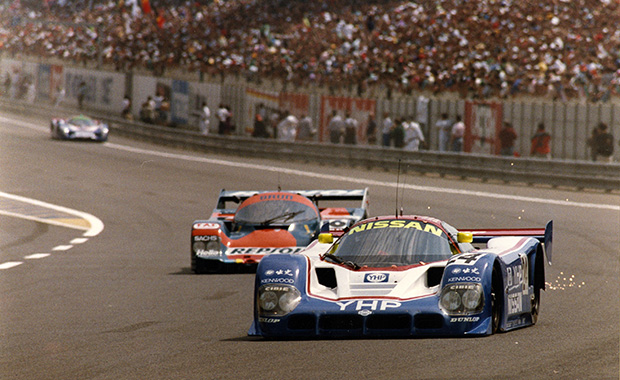 “We applaud the ACO and FIA for the work they have done to get the rules right. LMP1 is not just an arms race – all our rivals in the class have taken different technical approaches and we will be doing the same. We want to win in a very different way to that of our rivals.”

“It’s going to be fiercely competitive,” added NISMO president Shoichi Miyatani. “But we’re excited to go back to Le Mans with the factory team. We’ve said in the past that if we were to go back there we wouldn’t just be a follower; we have to be innovative.

“We’ve been doing motor sport all over the world for many years now and we’ve accumulated a lot of expertise and knowledge that should be very useful in LMP1.”

Although Nissan has never won Le Mans its involvement in sports car racing goes back many years, including in the Group C era. Mark Blundell’s storming pole lap in 1990 aside, Nissan didn’t taste success in that era, despite dominating the IMSA GTP championship for four seasons. Most recently it finished third in 1998 with the R390 GT1. 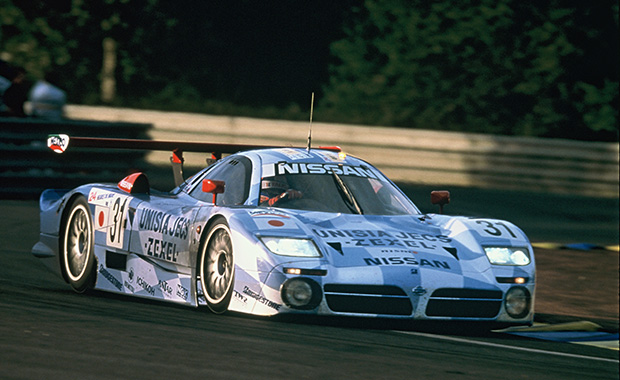 No drivers have been announced yet, although it’s likely at least some of the seats will be taken by graduates of Nissan’s GT Academy. Lucas Ordóñez and Wolfgang Reip will be in the ZEOD RC this year (alongside former DeltaWing driver Satoshi Motoyama) and Jann Mardenborough and Mark Shulzhitskiy will be driving OAK Racing’s Ligier-Nissan LMP2 car. Don’t bet against any of them making it into the top driver line-up in 2015.

Palmer hopes that Nissan will be seen as the “bad boys” of the World Endurance Championship. Getting a bunch of un-funded gamers into top-flight sports car racing might not achieve that aim, but it would at least be doing some good for the sport. Even without them, a fourth manufacturer in LMP1 only proves the health of the WEC.