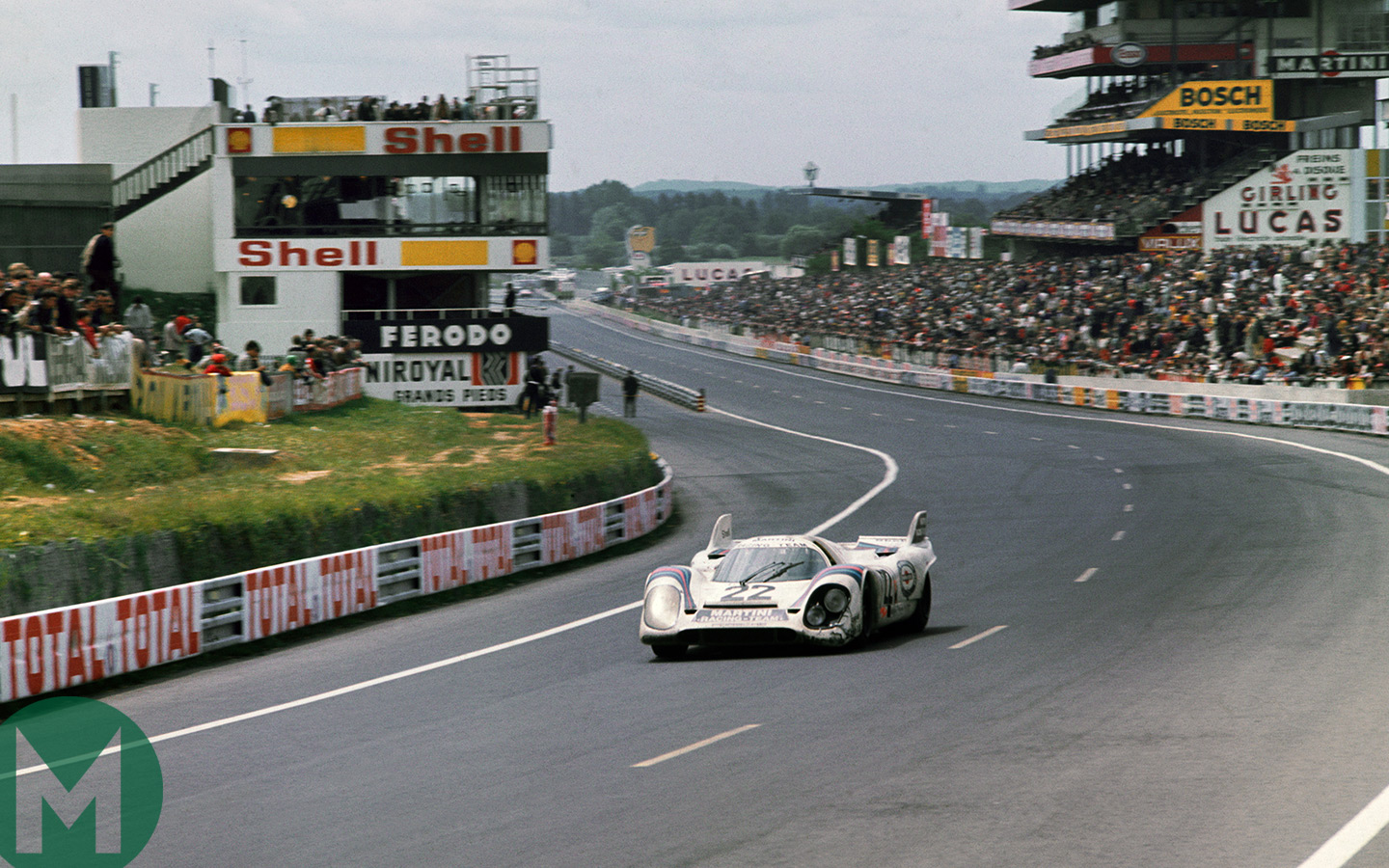 Twenty four hours, more than 5300km of pedal-to-the-metal driving in a car forever on the edge of expiring.

What’s more, when Dr. Helmut Marko and Gijs van Lennep arrived to contest Le Mans in 1971, they were both relative newcomers.

Marko, a law graduate who had put academia before sporting ambitions, was a latecomer to the racing scene and most renowned in European touring car circles for success with BMW Alpina. His Dutch team-mate had taken a similar route, although it was his second place finish in the 1971 Targa Florio for Alfa Romeo that had caught works attention.

Seven 917s and nine Ferrari 512Ms would contest the victory at Le Mans in 1971, but the hype surrounding the great race of yesteryear had fallen flat. Its magic had faded with the abandoning of the traditional Le Mans start the year before, creating a spectacle that Denis Jenkinson described as ‘the dullest thing imaginable’. In fact, for the first time in 20 years Motor Sport‘s continental correspondent had decided to give the race a miss – so had many of the spectators.

But the pre-race pessimism was short-lived. The unfolding race was far from dull and the Martini 917 of Marko and van Lennep was by no means the favourite. Each 917 was uniquely sized, shaped and flamboyantly painted – this was the year of the Pink Pig, lest we forget – and while Siffert and Bell, Rodríguez and Oliver ran long-tail cars, Marko and van Lennep would run 20kph slower down the straights in their short-tailed car. It wasn’t reliable, either.

“When they tested it at Weissach, it never lasted more than three or four hours without something breaking,” van Lennep told Simon Arron. “The team didn’t expect us to make the finish and we weren’t exactly pacing ourselves either; we were driving as quickly as we could.”

There were concerns about cooling too. “Our mechanics changed one bolt on the cooling fan at a time during each pit stop to keep everything tight without causing any delays.”

Two underdog drivers, an unreliable, slower and difficult car – “a real beast,” in Marko’s words. But the Martini 917 had an ace up its sleeve. Weighing in at 42kg, its magnesium tubular framed 917 also set a new record in lightweight construction. Not that the drivers knew until decades later. “It was only fairly recently that Norbert Singer told me that we’d been using a magnesium chassis,” van Lennep said. With the stiffness of the special frame unknown, the team didn’t expect the car to make the finish.

“I understood that the car was also highly flammable,” Marko added, “even by the standards of the time when the damn thing could burst into flames after even the most gentle of impacts. Afterwards you think, ‘hell, you’re doing 400kph on the straight with nothing but a little bit of fibreglass in front of your feet?’ I found it was best not to dwell on things like that.”

3.59pm dawned and the race began a minute early. The pits had a different look this year with a new Armco barrier, likely funded with money from the Steve McQueen film, ending any thin hopes of a return to the traditional start. The cars therefore set off in a two-by-two formation, a spectacle slammed by Motor Sport‘s reporter Andrew Marriott as ‘all distinctly pathetic’.

Rodríguez led away at the start, pacing his 917 considerably slower than in practice, chased by the similar cars of Larrousse and Siffert. Nino Vaccarella led the Ferrari challenge in fourth, but neither the sole works 312P or the private 512s had won a World Sports Car race all year. The immaculately prepared Penske Ferrari of Mark Donohue gave pursuit in fifth, then ran Parkes, Attwood, with Marko in eighth.

Six cars were still on the lead lap after a dozen laps, with Rodríguez out front and the Penske Ferrari in pursuit. Into the twilight hours Rodríguez held steady while the Penske Ferrari and Siffert/Bell 917 gave chase, but soon an engine fault and handling issue had forced both pursuers out of contention. Attwood/Müller took over the chase, the Spanish Ferrari of Juncadella/Vaccarella in third, the Pink Pig fourth and Marko/van Lennep now fifth.

When first light drew spectators from their tents the order was all change again: trouble had hit both JW Automotive 917s in the early morning, the Spanish Ferrari had inherited a brief lead but it too was soon out with gearbox trouble. Jöest had demolished the Armco and the Pink Pig at Arnage. The Martini crew were now out front, where they would remain racking up the miles.

A five lap lead for the Martini boys soon became two as the Attwood/Müller 917 clawed past the lone Matra of Formula 1’s Beltoise and Amon into second, but Martini had pace in hand. Muller chased Dr. Marko to the flag, but the former was two laps down.

The Martini 917 had won against the odds and obliterated the speed and distance record in the process. The previous benchmark, set by Foyt and Gurney in 1967 before the chicane was built, lasted four years. The record set by the Martini 917 lasted 39. Surpassed by an Audi R15 in 2010, only once has it been topped again.