Being Motor Sport’s only sports car driver it was down to me to take a new 370bhp Carrera coupe the 400 miles or so across Europe to join Porsche at the 6 Hours of Nürburgring. Granted, said daily sports car drive was a wheezy 20-year-old 88bhp MX-5 which is made of equal parts rust, tree sap and cobwebs. 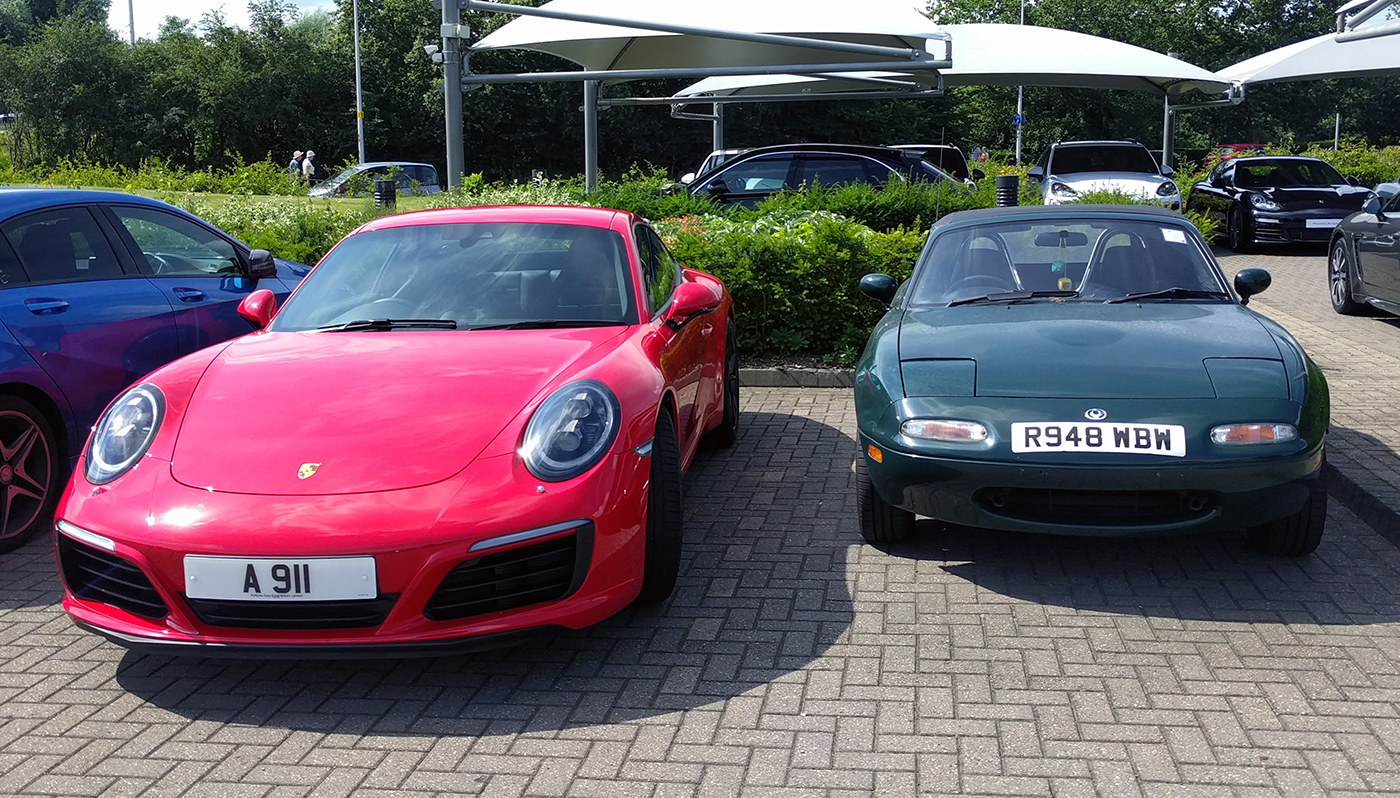 Or, just maybe, no one else was available to go.

Side by side the 20 years and the extra £95,000 show themselves clearly. Turn the key and the Porsche wakes with a startle and provokes a headshake of disbelief. The optional sports exhaust is an appreciated add-on.

On the road the Guards Red Carrera is a head turner. That it’s being driven by what looks like an adolescent guarantees the double take (see Jack’s profile photo – Ed.)

Relying on the inbuilt sat nav makes life a little more difficult and fails to offer up the desired route via Spa. So it’s added as a detour, but as the car turns off the E42 it’s apparent all may not be right. Scrap Spa, minor detour back, and Spa soon shoots past the window. The problem may have been with the driver, rather than the sat nav…

It’s dark on arrival, out of courtesy to the sleeping Eiffel mountain villages the crackling exhaust is switched off. The roadside cows were less fortunate, scurrying back up the field as we growl past. 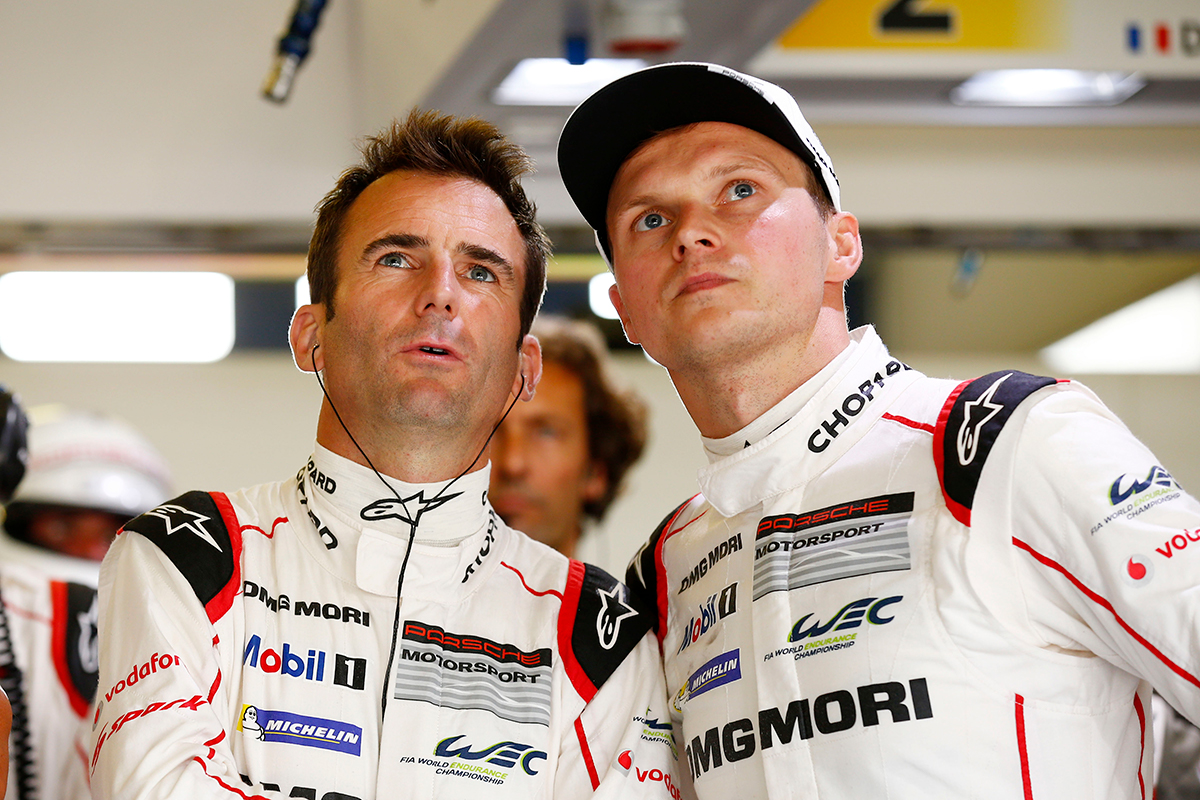 A Nordschleife track day wakes the Dorint hotel, so it’s up early and into the circuit. World Endurance Championship free practice is wet but drying and the main event is touring cars. Proper DTM Mercs, XR4 Sierras and even a BMW 635 holding little back. The prospect of interviewing Romain Dumas means their one damp race has to be missed, but the walk up the stairs from the media centre to Porsche’s new top-floor lounge is a slow one, stopping at every available window to await the field powering out of the final hairpin. Dumas chats enthusiastically about Le Mans, Pike’s Peak and much else, with a grin never far from his face (full interview coming soon). Missing the tourers is worth it; the Silverstone Classic can fill the void this coming weekend.

Then it’s race day. A timetabling error sends me down to the Ford kurve to watch the Porsche Sports Cup at 9:10am. Only nothing appears. Still nothing. Still nothing. A check of the championship Facebook page and the race is actually at 11am, so it’s a muggy trudge back to the main complex and into the museum.

At €8 it’s good value, if nothing compared to the Le Mans museum, and cars are a little far between – scattered Formula 1 cars, DTM cars, and just the one Sauber-Mercedes C11. The focus appears to be on entertaining kids, and that’s not a bad thing. Motor sport is and should be exciting, so the chance as a kid to pretend you’re on Michael Schumacher’s pitwall, get up close to old F1 cars makes it a worthwhile trip for many. 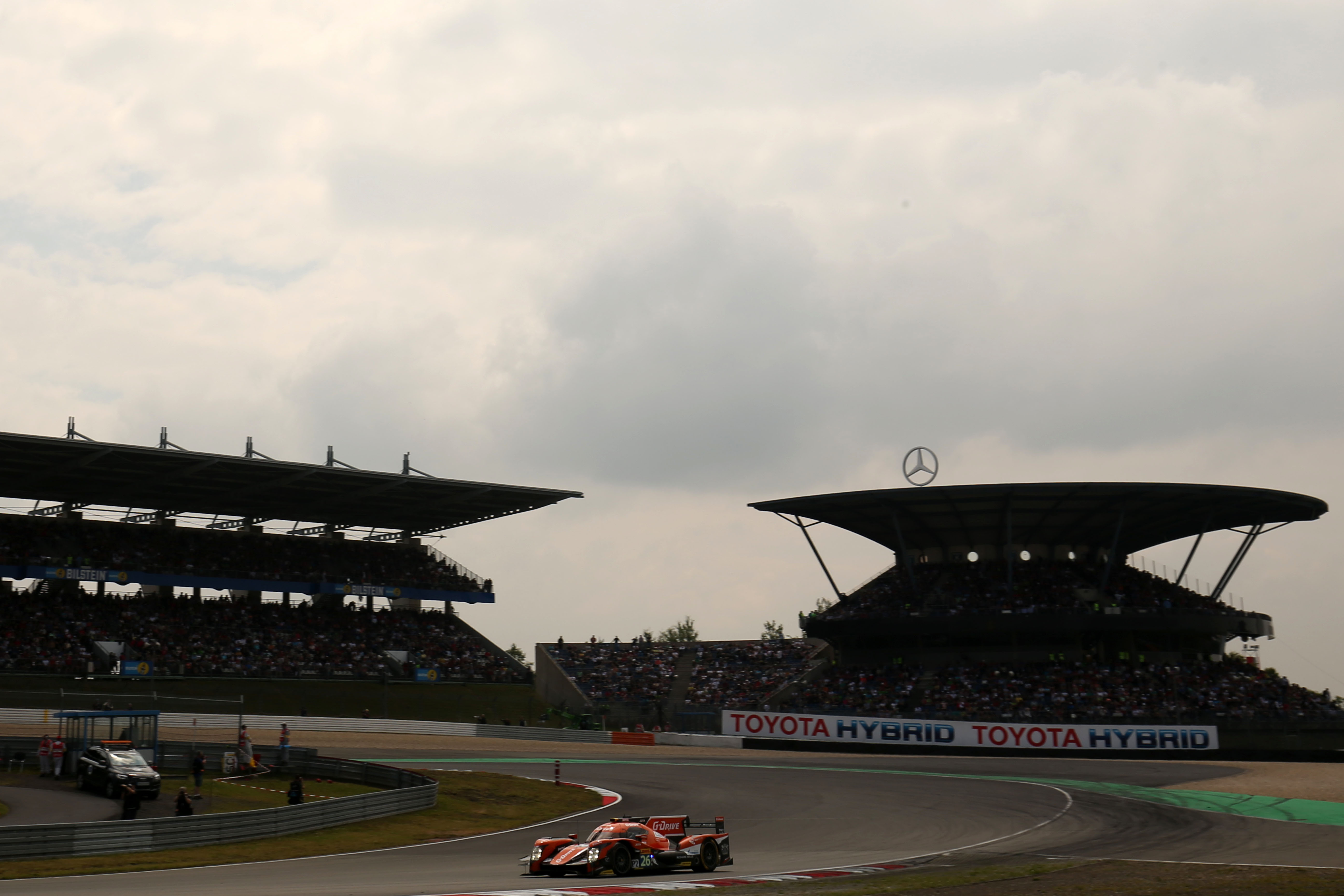 Having navigated past the shops and resisted buying random and obscure models – a PlayStation-sponsored 2008 Pescarolo comes closest to coming back to London – it’s onto the grid for the grid walk. Beneath the wobbling cheerleader performance is Alex Brundle, bouncing from foot to foot beside his pole-sitting G-Drive Ligier.

“We’re looking good, top every session so far,”  he tells me, still jittering. “I was quickest in one of the practices and I’ve been close to René Rast’s pace.”

“It’s great to be back in a P2, not taking a seat straight off is a good way to approach the WEC because normally one comes up in a good car – someone usually runs out of money or gets fired.” They spend the first couple of hours well in the lead, until the gearbox gives up and they retire.

The enthralling race is interrupted by the offer of a pit tour, where one particularly hands-on guest is repeatedly told to stop touching things. “Please don’t lean on those floors,” the guide says as he saves them from toppling over.

“How heavy do you think this nose is?” he then asks. “Can I try lifting it?”

Disappearing back to the race a key lead change has already happened. Porsche is now comfortably first and second, for no apparent reason. Some investigation later and it’s the luck of the full course yellow, which takes much of Mark Webber and Andre Lotterer’s post-race wrath. But the former wins a superb encounter with Brendon Hartley and Timo Bernhard. 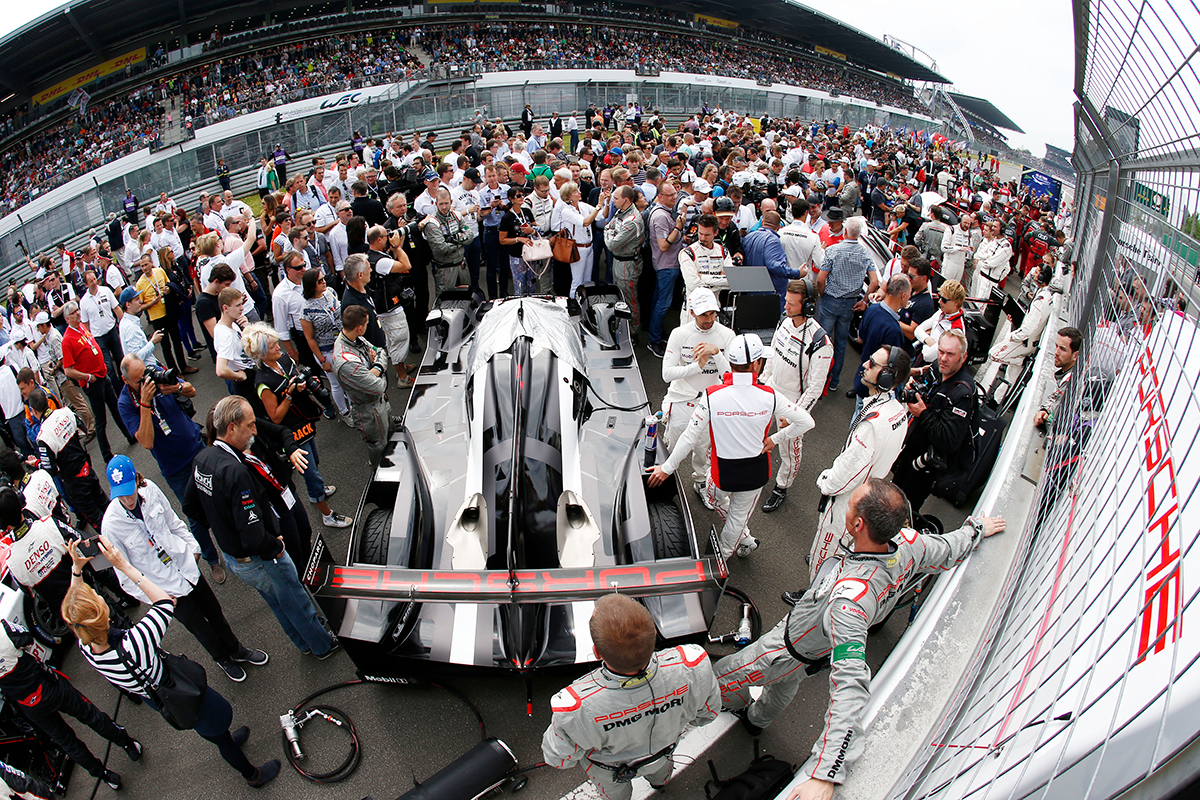 Time is against the battle to get back on Sunday, so it’s back in the Carrera and off to Calais in a quintuple stint. The sat nav plays its tricks again and more cows are scared away from the side of b-roads. Finally back on the correct route, the car glides effortlessly on to Calais.

“Really like your car, mate” I’m told in the queue. “Yeah, it’s not mine,” is all I can offer in return.

On the train it brings more attention. “How did you get that A 911 plate? How much is that worth!?”

Again, it’s not mine, I tell the fellow ‘Ring returner. “I have the red belts, too, and sports exhaust, on my Carrera 2.” It’s the small – expensive – touches, clearly, that make 911s even more special to a trained eye.

Most special though is the PDK gearbox. It knows what you want to do before you do, shifting seamlessly, exhaust note and LED dash the only obvious sign you’ve changed.

It’s back to earth with a bump on Monday, returning to Reading to deposit the Porsche and collect the ratty MX-5, which has seemingly begun parting ways with the driver’s side window trim in protest of being left behind.

Unlike last year, there’ll be no marshal mistaking it for a club display car at the Classic this weekend.