Brian Redman, one of the most successful sports car drivers of all time and a four-time winner of the Spa-Francorchamps 1000Km, has said that his first encounter with the circuit was so daunting that he almost ended his racing career on the spot.

Redman first drove the Ardennes track in its earlier 8.8 mile format, at the wheel of a Ford GT40. In a podcast with Motor Sport, he said that the initial experience of the formidable track made him “nearly retire from racing”.

The young Redman had already made his name by the time he arrived at Spa. Before embarking on a racing career, he had been driving round the UK delivering mops for his own business in a Morris 1000, but beating Jackie Stewart’s Oulton Park lap record by 1.5sec in an ex-John Coombs lightweight E-Type in 1965 made it obvious that his calling lay elsewhere.

The old Spa layout was a fearsome nine-mile (15km) tear through the Ardennes forest. Whereas now Les Combes turns right to form a shorter 4.3-miles (7km) circuit, the original layout would stretch left through Burneville, Malmedy and before a flat-out blast down the infamous Masta Straight and Kink.

The dangerous track claimed several drivers’ lives, grand prix racing enduring a particularly dark weekend there in 1960 when Chris Bristow and Alan Stacey were killed within a few laps of each other, as well Stirling Moss being severely injured after he was thrown from his car in a crash.

Once he set out for his first practice laps, Redman thought he might have bitten off more than he could chew.

“In ’66, I was driving a Lola T70 Can-Am car, pretty powerful. And I’d driven it on most of the British race tracks, Silverstone etc – pretty quick,” he said as part of the Porsche’s winning formula podcast series.

“So when I got to Spa I didn’t really have any bad thoughts about it or anything. But I go out in this GT40 on the Friday afternoon, and I nearly retired from racing, because I couldn’t believe how fast we were going – all the time!

“There were of course no barriers either in those days. It was pretty interesting!”

Despite his incredible success at Spa, Redman told Motor Sport how his fear of the circuit never left him.

“The night before the race – I never slept. I’d be lying there perspiring thinking ‘I’m dead!'” Redman remembered.

However, the fledgling sports car ace quickly acclimatised himself to life at 200mph, ultimately putting in a commendable performance by placing in front of much more moneyed efforts.

“We had a very good race, we were fourth overall, amongst all the works cars,” he recalled. 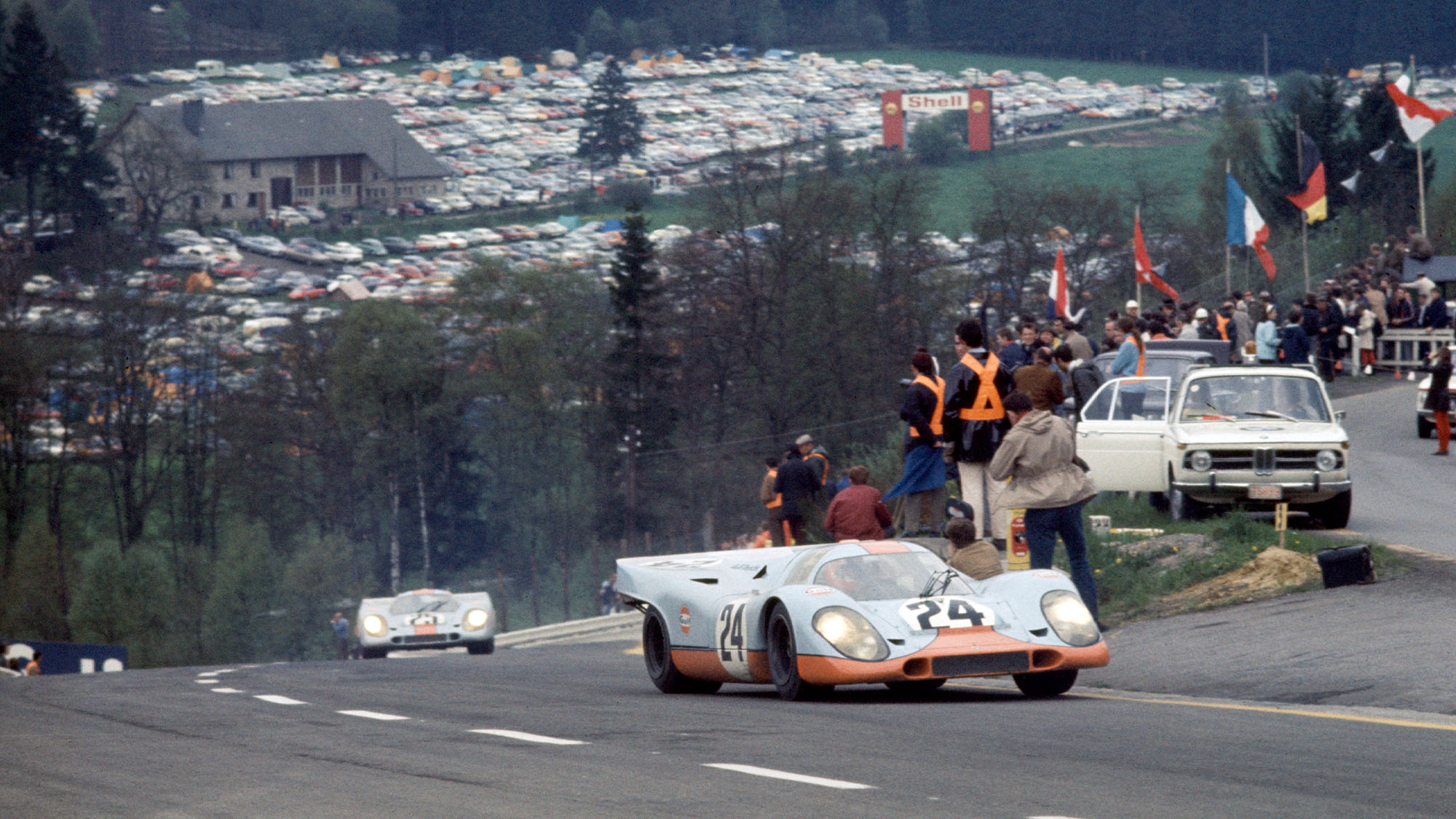 Redman would eventually win Spa four times – including, as pictured here, in 1970 at the wheel of a Porsche 917K

These were the days before his career on the international circuit really took off though, and the impressive Spa debutant was soon brought back down to earth.

“Peter Sutcliffe doesn’t like me to mention this, but after the race he said ‘Ah, well done Brian’. I said ‘Thank you’. He then told me ‘You’ve seen all the empty Coca-Cola bottles up and down the pit lane? Be a good chap – collect them all and get the money for them.’

“Of course he’s from Huddersfield, so a typical Yorkshireman!”

Collecting used Coke bottles would soon be a thing of the past for Redman though, as he would soon establish himself as one of the pre-eminent names in endurance racing, winning Spa in ’68, ’69, ’70 and ’72, as well as the Daytona 24 Hours three times and Sebring twice.

“To finish and win the races at Spa was crazy,” he said. “So in many ways it was a very lucky circuit for me.”