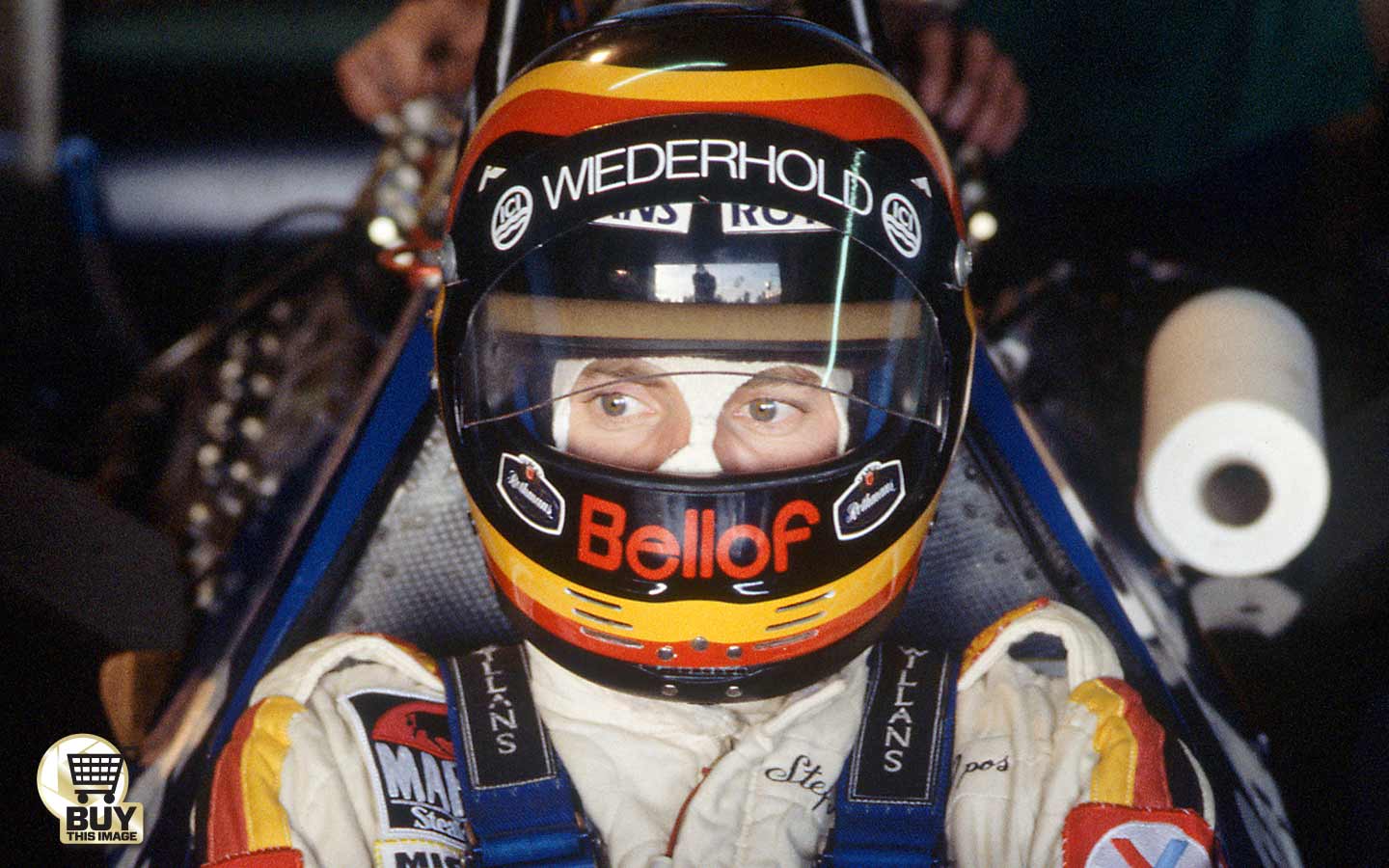 Murray Walker, Monaco 1984: “Here is Alain Prost on his 29th lap and Ayrton Senna has got the gap down from 21 seconds to 18 seconds.”

James Hunt: “Yes, this means that at the current rate of progress Prost is going to have to find another gear. Senna is catching him quite comfortably enough to be able to do it before the end of the race and find a way round him.”

JH: “I think we are watching the arrival of Ayrton Senna. A truly outstanding talent in Grand Prix racing.”

The Monaco Grand Prix in ’84 is remembered for ‘the arrival of Ayrton Senna,’ but what of third-place man Stefan Bellof? “I’m sure Stefan would have passed both Senna and Prost had the race continued,” said Martin Brundle last year. “He was as quick a racing driver as I’ve ever seen.”

The BMW competitions manager at the time, Dieter Stappert, agreed: “Everyone says if the race had lasted five laps longer Senna would have won. All I can say is, if it had been seven laps longer, Bellof would have caught Senna. Knowing them both, though, I think it’s fair to say the most likely outcome would have been them both going off fighting for the lead.”

Bellof was driving the Cosworth-powered Tyrrell 012 that year and it “proved an agile and easy-to-drive proposition in diabolical conditions,” according to Alan Henry in the Motor Sport race report. In the dry it wasn’t a competitive car and Bellof had only just scraped onto the grid. Team-mate Brundle hadn’t managed that. When it started raining, though… “He drove magnificently, respecting no reputations, to finish third when the chequered flag was shown. Bellof is another man with a bright future ahead of him.” 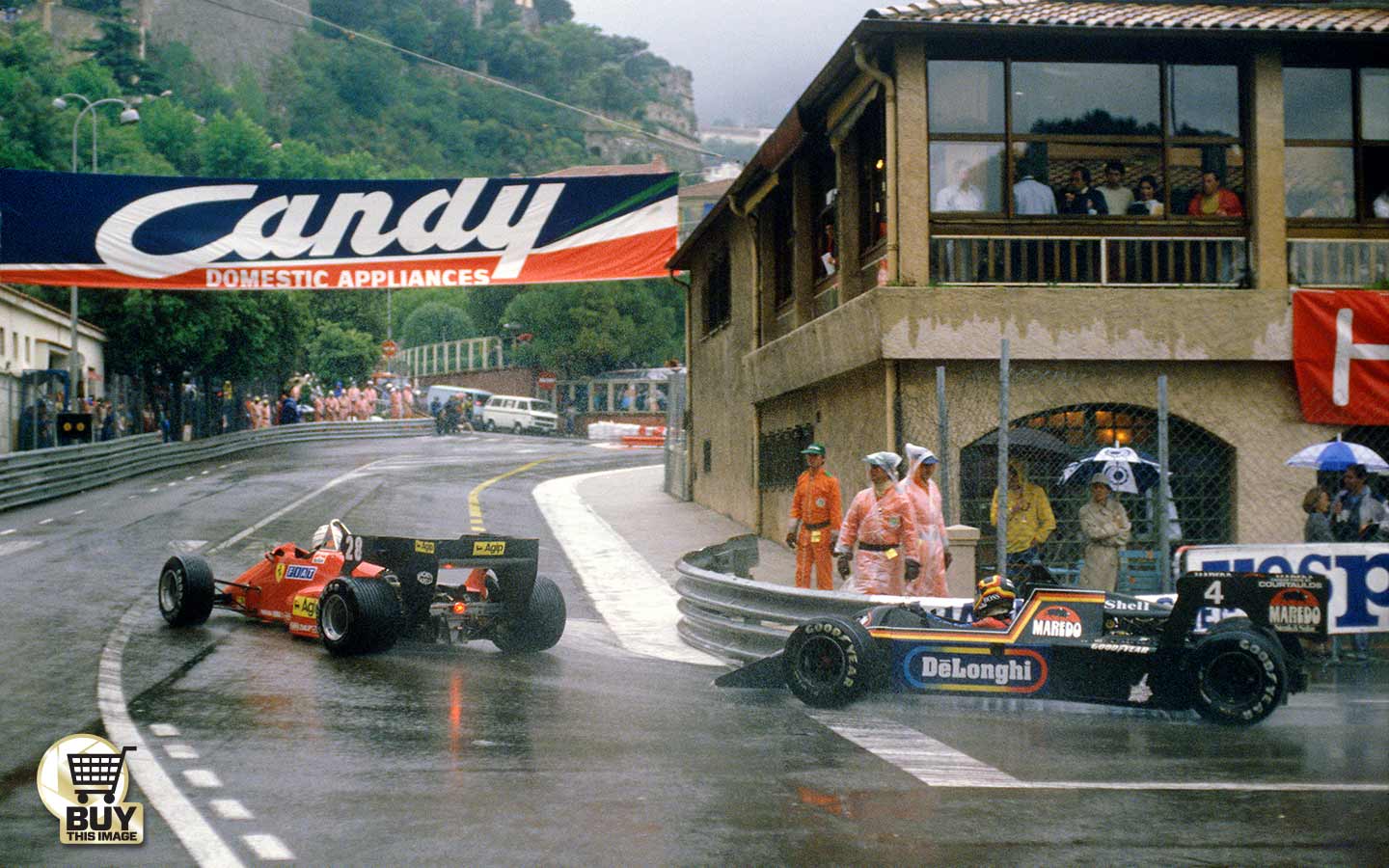 Born in West Germany in 1957 Bellof started racing karts aged 16 and by 19 he had wrapped up his first championship. Four years later he became German champion and was already competing in Formula Ford. In his second season he won the 1981 German FF title and with only three seasons of car racing under his belt he joined Maurer-BMW for the 1982 Formula 2 Championship. This little-known man from Giessen, Hesse, won both the opening two rounds and went on to finish fourth in the standings behind Corrado Fabi, Johnny Cecotto and Thierry Boutsen.

While his F2 career faltered in 1983 he did establish himself as one to watch in sports cars alongside Derek Bell with wins at Silverstone, Fuji and Kyalami. However, while he was seen as a future star there were worries about his driving style:

“He just needed someone to control him a little bit more,” Bell told Mark Hughes back in 2000. “He had an incredible talent but he wasn’t controlled by anyone at a time in his career when he needed it. I was surprised that Ken Tyrrell didn’t, but maybe F1 teams don’t want to control drivers, maybe they like this wild attitude because it gives better lap times. I was even more surprised that Porsche didn’t jump on him from a height.

“At Nürburgring in ’83 he’d put it on pole, and by the time he came to do his second stint, we were leading comfortably. Yet on his first lap out he knocked about four seconds off the lap record and I remember walking up to the Porsche and saying, ‘Why don’t we give him an Easy sign?’ and they just looked at me and laughed, like ‘the boy’s having a good time.’ Next lap he put the thing on its roof.”

Despite his abundant talent there were worries for Bellof’s safety. Many admired his ability to invent passing places, others didn’t. Brundle: “He’d always be the last to brake, and he’d get into extraordinary situations and somehow get away with it. He was totally fearless. Way too brave, really. We’d be coming through the pack together and I’d see him pull off some incredible overtaking moves.”

Fast-forward two years from that ’83 season and he tried one of those moves round the outside of Ickx through Eau Rouge in the Spa 1000kms. It was not somewhere you passed, especially in 1985. The result was a mercurial talent taken too soon.

Widely regarded as a future Grand Prix winner and even World Champion, Bellof was a terrible loss to the sport in 1985. The 1980s was a fantastic era for talent in F1, but add to the likes of Piquet, Senna, Prost and Mansell the names Stefan Bellof and Joseph Gilles Henri Villeneuve and it would have been quite something, wouldn’t it?