British team Strakka Racing has made the move from prototype racing to GTs after the driver grading made it difficult to compete in the former. It’s a shift that may well work very well for them, though

The uncertainty surrounding the World Endurance Championship’s prototype ranks in recent years cost it one of its long-serving teams in Strakka Racing last season. And not on the best of terms, it seems.

Le Mans winners in the perennially ailing LMP1 privateer ranks, Strakka’s departure came down to two things according to team boss Jay Davenport, who filled the void left when Dan Warmsley took the role of head of motor sport at McLaren.

The biggest problem was the much-maligned driver categorisation of the FIA. A sort of balance of performance for drivers, it grades them into platinum, gold, silver and bronze. Each team in LMP2 must contain at least one bronze or silver-graded driver, and this being motor sport, teams have been working the system. The influx of good juniors swapping single-seaters for prototypes has produced a wealth of talented ‘silvers’ ready to make a name for themselves and spend their budgets in sports cars.

“The situation with LMP2 left a lot of people with ‘ringer’ silvers to be competitive,” Davenport says. “That moves things away from your traditional amateurs, so obviously with Nick [Leventis] being a true amateur we were struggling to compete when people were getting away with pro silvers. The fact that [Romain] Rusinov was a gold, won the championship and was then demoted to a silver it all became, not pointless, but difficult for us to compete and to keep the motivation.” 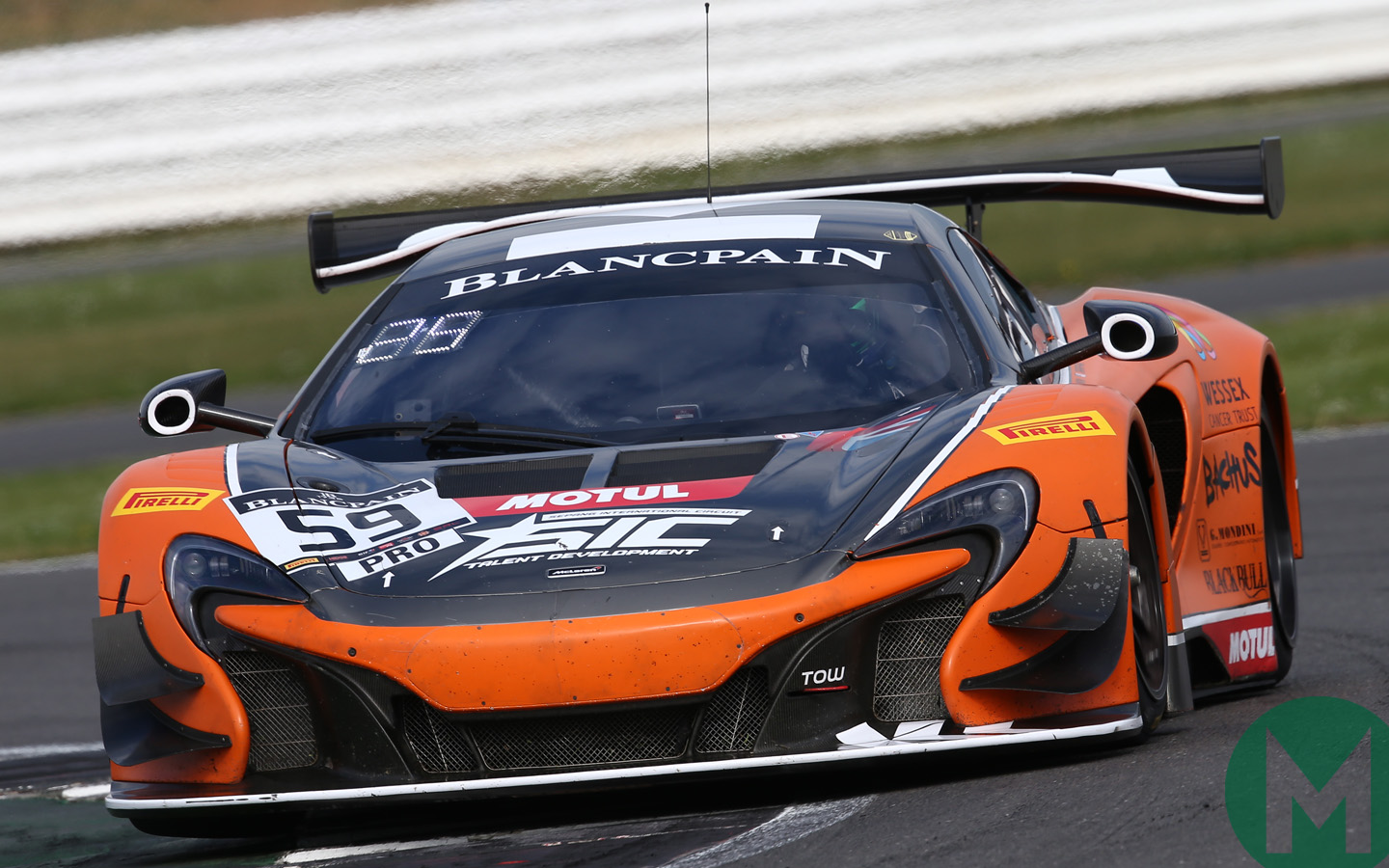 The FIA and ACO’s move to make LMP2 a spec series didn’t help matters. Strakka had been running a privately developed open-top Dome chassis in recent years, which meant a big financial layout would be needed just to remain eligible.

“Being a one-make championship LMP2 isn’t what initially attracted Strakka to sports cars. Plus, the LMP2 lap time was quicker at Spa than when we were running in LMP1. So they’re really quick and that makes it more difficult for the guys that aren’t pros. We’re still keeping an eye on it, but they would have to do something about the monitoring of the drivers.

“We looked into P1 privateer, the biggest issue with that was they didn’t make the decision early enough for us to commit with the Dome chassis. The costs were spiralling, and the way the P2s have gone they were quicker than the ByKolles P1 at Silverstone.”

The upshot is Strakka is now trying its hand at GT racing – and they’ve gone all in. They’ve taken on four McLarens and at the 24 Hours of Spa, at least, 15 drivers will be working from the Strakka garage.

“The level of driver is really high across the grid,” he says. “You look outside F1 and DTM and this is probably the strongest, even more so than WEC.”

For the first time that means outright wins are within the team’s reach, particularly with the names it has on board: Alvaro Parente, Rob Bell and Jonny Kane (below) to name just three. “You have to get everything absolutely​ right – driving, engineering, strategy – just to get close to the front. We like how competitive it is.”

Having so many drivers has created logistical problems, not least where they put them all. “Obviously we can’t have 15 trucks…” he points out.

“We’ve gone from one car to four, that means more people, equipment, tyres, fuel rigs. It was a massive undertaking before we’d even turned a wheel in testing to make sure everything was in place.”

Sponsors haven’t deserted the team since dropping out of the top championship in world sports cars for what is essentially a European one, albeit one with no equal. But with a less high-profile series comes opportunity, he says, more doors are open for sponsors during race weekends and access is less restricted. 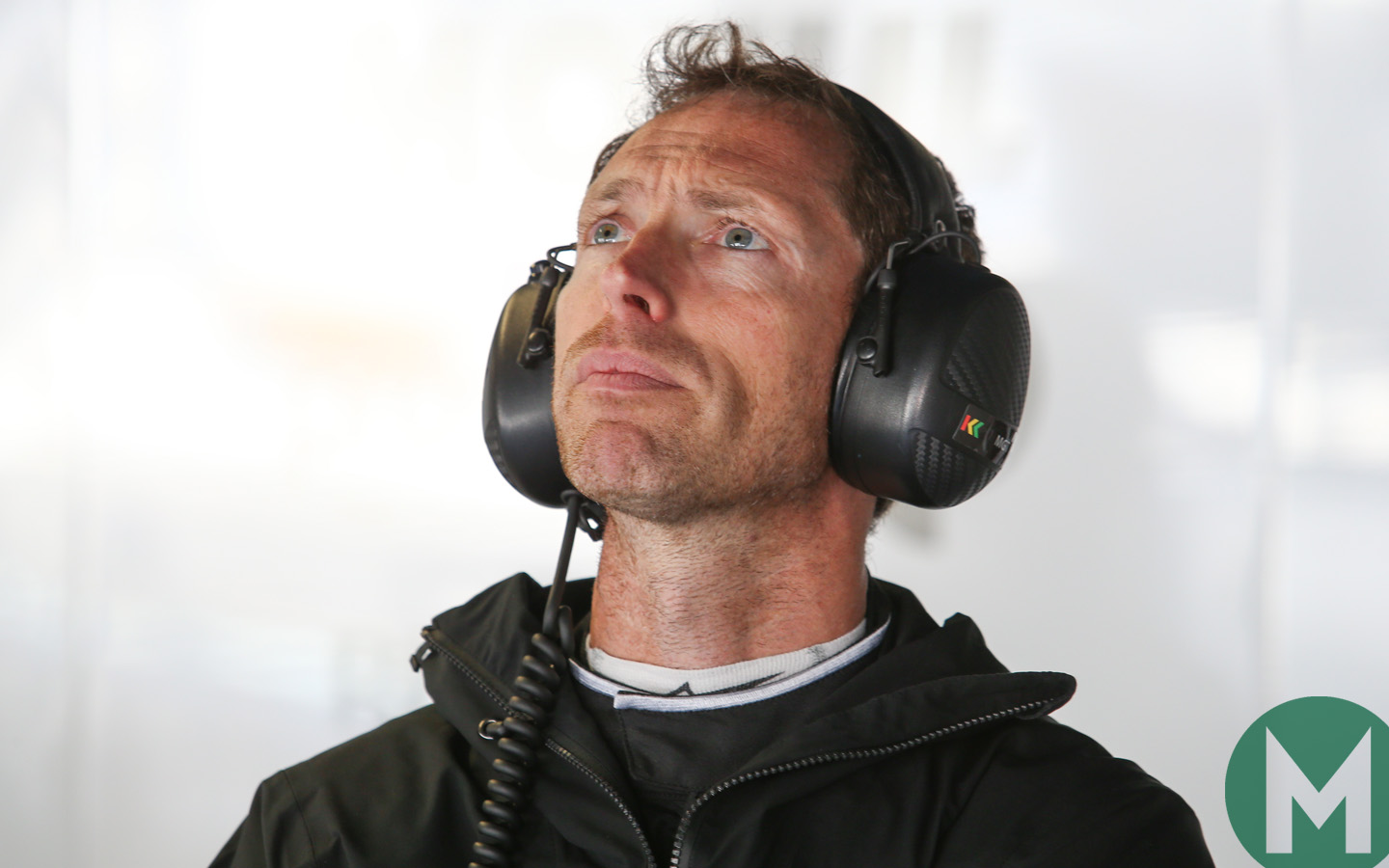 The backers have come with McLaren, too, the manufacturer of choice for Strakka. And there was only ever one option, Davenport says. “We didn’t test any other cars. It proved last year to be a good car, and I think Garage 59 are car designers and builders so they needed a race team to run that side of things for them. That means they can do more with the car. Garage 59 won the championship last year, the engineer off that car, who’s also the lead GT3 engineer at McLaren, is running the car with us. McLaren’s control systems engineer is here and we have Bas [Leinders], who has won the Spa 24 with VDS and the Endurance championship last year. They’re integrated​ into the team, and it’s still Alvaro and Rob driving. We’ve got other really good drivers in place who came through our testing shoot-out at Navarra.”

The rumours circulating about what McLaren does next will have only confirmed Strakka’s decision. The natural progression would be to go to GTE in the WEC, but an increased presence in the USA could hint at a Daytona Prototype International programme. The possibility of a P2 prototype with McLaren-looking bodywork for a fraction of the price of a European prototype programme won’t have gone unnoticed by Zak Brown and co. Nor Strakka.

“We like Blancpain,” Davenport underlines, “and obviously GTE would mean going back into WEC, which significantly increases budget. That would have to be taken into account; it would need significant investment from somewhere. We’d want to be involved, but I don’t know whether McLaren has established what it wants to do. For us the focus is only on Blancpain, we have the chance to continue into 2018 and then I think that ends the cycle of this current GT3 car. Then we’ll see where the next GT3 goes.”

In the short term the team has its eye on the major GT3 events across the world, but Davenport rules out a full IMSA or Pirelli World Challenge effort in America. “We don’t want to bite off more than we can chew. We want to do Blancpain properly, and then some of the blue-riband events like Daytona, Sebring, Bathurst, Dubai and Sepang. But the objective first is for the team to be viewed in the paddock alongside WRT and teams like that. Commercially it makes Strakka stronger.”

Strakka will contest its first such event in July in the 24 Hours of Spa. Despite it being two races away the team is already preparing for it, and have been for a year – Garage 59’s third car in 2016 was run with Strakka staff. The experience it has brought in to complement its own 24-hour experience gives them a good platform but the learning curve is steep. But certainly one few would doubt Strakka can conquer.

From the Archive (May 2016): Playing the long game
Named after an olive farm, a British team with Cypriot heritage has been active for less than a decade and already counts two Le Mans class wins among its diverse achievements. But such success could be just the start for Strakka Racing