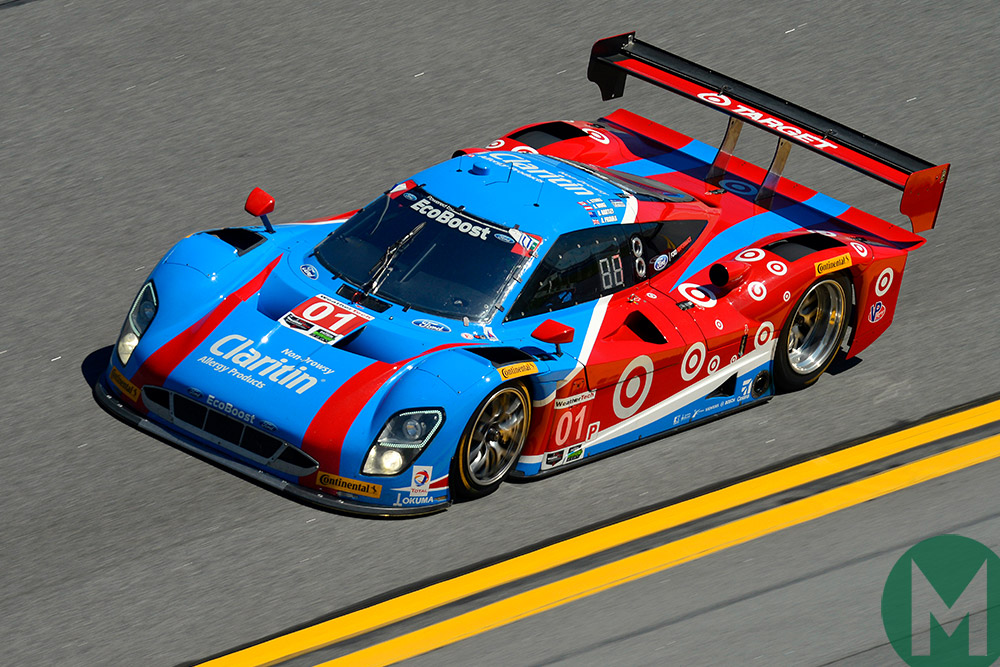 After completing his rookie Formula 1 season, 19-year-old Canadian Stroll will enter the 2018 Daytona 24 Hours for Jackie Chan Jota DC Racing team – which took second and third overall in the 2017 Le Mans 24 Hours – in one of its pair of Oreca-Gibson LMP2 cars.

Felix Rosenqvist, Robin Frijns and Daniel Juncadella will join him for the race on January 27-28 for the IMSA SportsCar Championship opener.

The second car’s line-up is yet to be announced.

“We are going to Daytona to enjoy, compete and of course try and win. I always want to be best and most competitive I can be,” said Stroll.

“I’ll be out there with some of my buddies in the same car and it is going to be a pleasure to do this race again as I just love to race. We are the four young guns so it will be great fun I’m sure because we go way back together. A big part of Daytona is who you share the car with so I’m really looking forward to it.

“There won’t be any fuel or tyre management to worry about and it will be racing hard and racing in traffic, which I will enjoy. I’ve heard a lot of great things about the team so I can’t wait to be a part of it.

“I am really grateful to Williams for realising I want to keep my racing sharpness through the winter and letting me race at Daytona.”

This will be Rosenqvist’s second Daytona 24 Hours, while Frijns and Juncadella have not yet competed at Daytona. Rosenqvist and Stroll previously raced together as team-mates in the 2015 European Formula 3 Championship at Prema, when Rosenqvist took the title.

“The collection of talent that we have been able to secure for the Daytona 24 Hours is very exciting,” said David Clark, director of Jota. “As a team this shows the trust in quality that the team can bring to the best endurance races in the world.

“Lance, Felix, Daniel and Robin are a collection of some of the finest young talents to emerge in recent years. To have them all in the same car for such an important race like the Rolex 24 at Daytona is an important milestone in Jota’s history. What Lance has achieved in his short career has been super impressive and he is clearly a quality racer and has a great future ahead of him. It will be fantastic to have him on the team.”

Related: Winning your way to Daytona