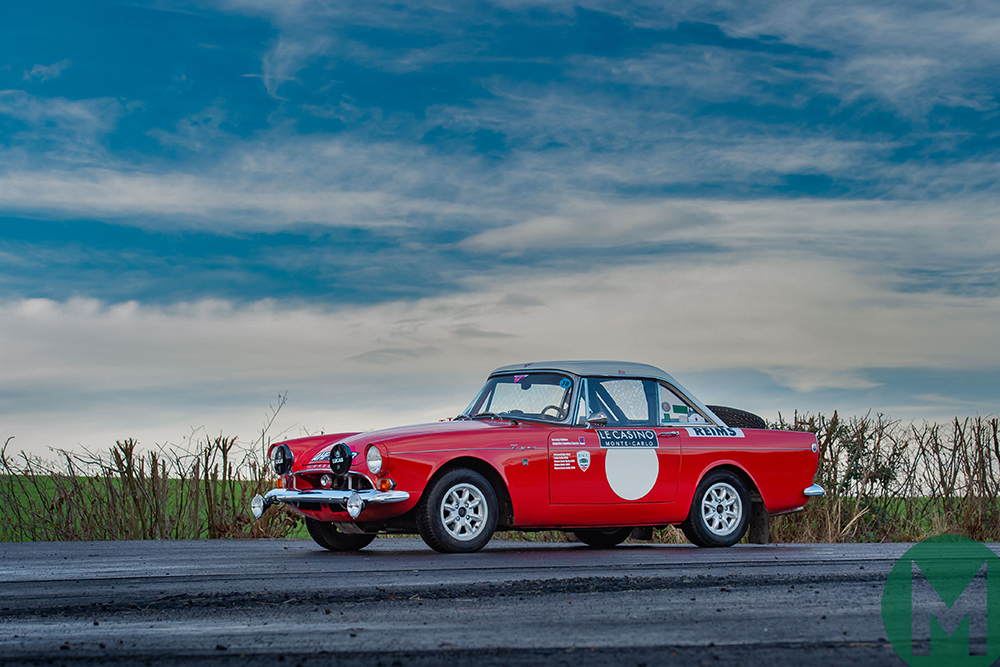 Any car that can trace some of its lineage to Carroll Shelby’s AC Cobra is almost certain to be worthy of note, and the Sunbeam Tiger is such a car.

It is a high-performance 4.2-litre Ford V8-engined muscle car converted from Sunbeam’s Alpine, a similar conversion as the revered one of the Cobra by the legendary Shelby. Some of Shelby’s direct fingerprints are on the Tiger, as the car’s starting point was Shelby being asked by Sunbeam manufacturer Rootes to create a British Cobra rival.

The Sunbeam Tiger has racing heritage too, with two participating in the 1964 Le Mans 24 Hours and Tigers even setting records on American drag strips. Only seven works – and one ‘semi-works’ – cars were made and only five survive to this day. And one of them, with its own extensive previous on the rally stages, goes under the hammer at Bonhams’ Grand Palais sale in Paris on February 7.

Rootes’ competition department prepared this very car – monikered ‘AHP’ after its ‘AHP 294B’ number plate – for rally and it made its international bow in the 1964 Geneva Rally driven by ‘Tiny’ Lewis and Barry Hughes, winning the GT Class and finishing 11th overall.

It then was used by the Andrew Cowan and Colin Turvey pairing as a ‘recce’ car for the 1965 Monte Carlo Rally, and was driven in that event by Maurice Gatsonides and Albert Ilken, only for them to retire in horrendous weather.

Gatsonides then used the car to set some Dutch endurance records, which he managed for six, 12 and 24-hour races. The car, later in 1965, competed in the Tulip Rally driven by Peter Riley and Robin Turvey and then, again driven by Lewis and Hughes, in the Alpine Rally – in both rallies the car retired amid bad luck.

Its next competitive appearance was in the 1966 Monte Carlo Rally, driven by Peter Harper and Robin Turvey, from which it retired on the fifth stage having posted impressive times. Its final works outing was in that year’s Tulip Rally serving as Harper and Turvey’s recce car.

‘AHP’ was then sold by Rootes to racing driver Chris Tuerlinckx, who then competed with the car as a private entrant.

His first outing with it was the 1966 Tour de Belgique, which ‘AHP’ won outright to secure only Tiger’s second international rally victory – John Gott’s in the International Police Rally was the first. 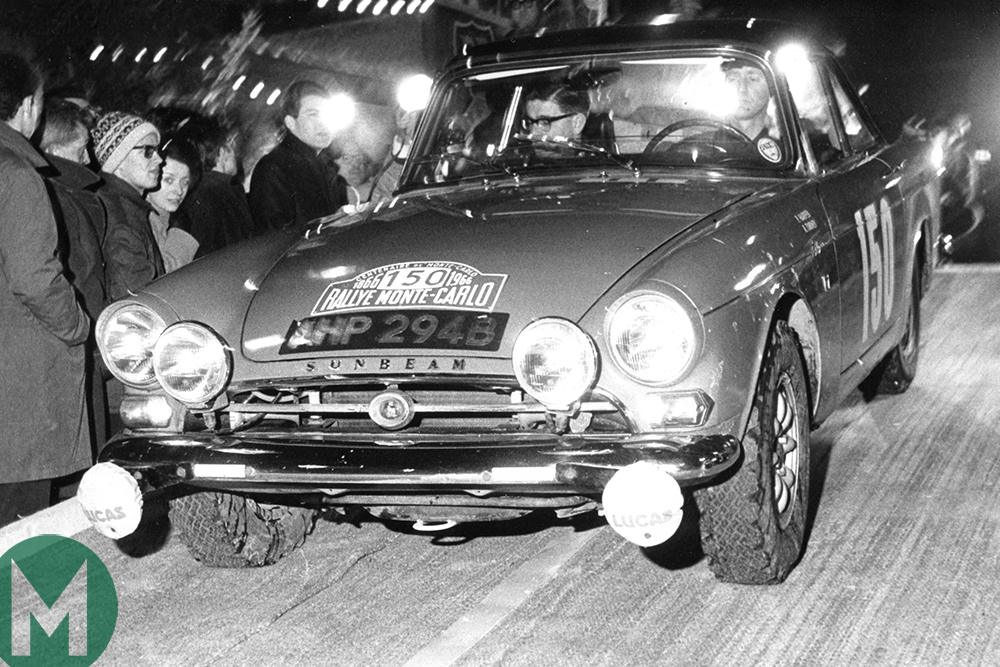 The car in Tuerlinckx’s hands then made the unlikely switch to endurance and the Spa Francorchamps 1000km. This first attempt in 1966 would end with a non-finish but in the following year’s race the Tiger won the GT Class and finished in 13th place overall despite being up against works prototypes from the likes of Ferrari, Porsche, Lola, and Mirage. ‘AHP’ also won the GT category and placed 3rd overall at that year’s Tour de Belgique, and the car continued to be campaigned in Dutch and Belgian events until the early 1970s when it was sold.

The consensus is that the Tiger didn’t get the rallying results to match its potential. “In rallying form its 4.2-litre engine produced at least 200bhp, which made it competitive with the Big Healeys, and there was a most impressive spread of torque,” said Graham Robson in ‘A-Z Works Rally Cars’. “Had this car been properly developed, it should have had the Austin-Healey 3000 beaten.”

The car being sold was acquired by its current owner in 2014 and the following year it was professionally restored to its correct specification and is now eligible for a wide variety of prestigious historic events.