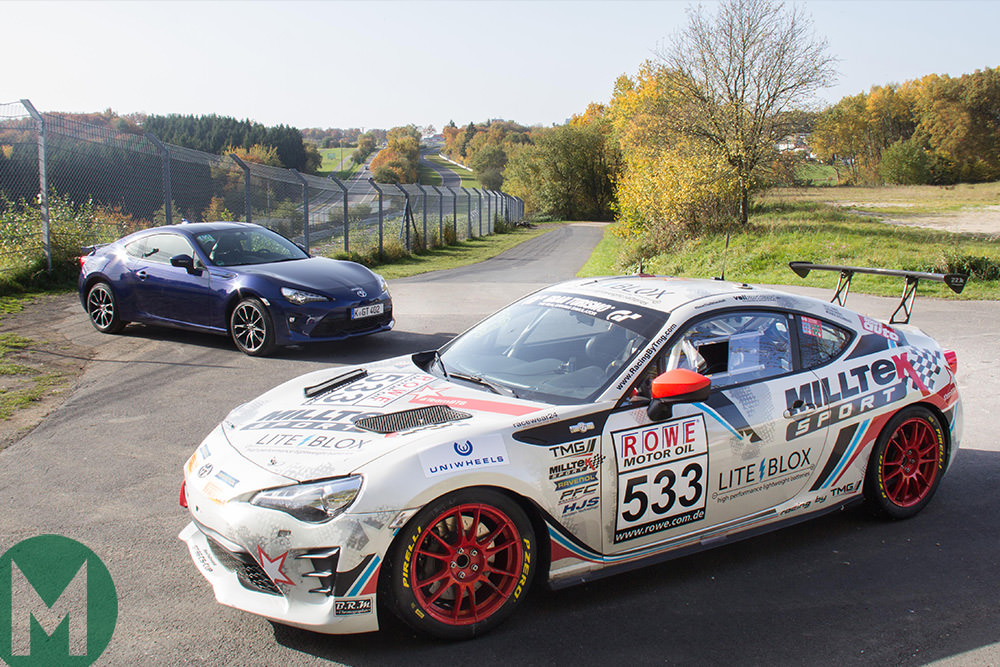 Lazy stereotypes say Toyota embodies soulless white goods motoring. Walk into one of its showrooms and you might be forgiven for believing that’s true. But from its European development centre in Cologne and, specifically, from its racing department Toyota Motorsport GmbH, a very different picture emerges.

TMG – formerly known as Toyota Team Europe – has a formidable motor sport heritage of course, competing in WEC, F1 and, most famously, rallying. TMG also acts as ‘finishing school’ for promising engineers from Japan, secondments to Germany intended to fire them up with motor ­sport-inspired passion they can then take back to their day jobs at Toyota City. Whether it’s developing supercars like the Lexus LFA or oddball antics like building a C-HR crossover to race at the Nürburgring there’s a spirit of fun and adventure within TMG most wouldn’t expect of Toyota.

One such engineer – Tetsuya Tada – was so fired up by his time working on Toyota’s ‘90s WRC programme he was eventually able to convince company boss Akio Toyoda it would be a good idea to build a compact, affordable rear-wheel-drive sports car with the emphasis on handling fun rather than outright speed. That became the GT86, a machine TMG today sells as a rear-wheel drive rally car in the shape of the GT86 CS-R3. Toyota as saviour of oversteer? You’d better believe it.

Alongside the rally car TMG also sells a customer track version and stages its own GT86 Cup championship within the VLN calendar. Toyota reckons a full season in the GT86 Cup, including the purchase of the car at 45,900 euros, would come in at around 100,000 euros. It’s even prepared a detailed spreadsheet to prove it. A car and a year of racing for less than the cost of a Porsche Cayman GT4 Clubsport? In relative terms it’s a bargain, the VLN signatures you’ll get in the process a vital stepping stone for anyone dreaming of competing in the hugely popular Nürburgring 24 Hour. 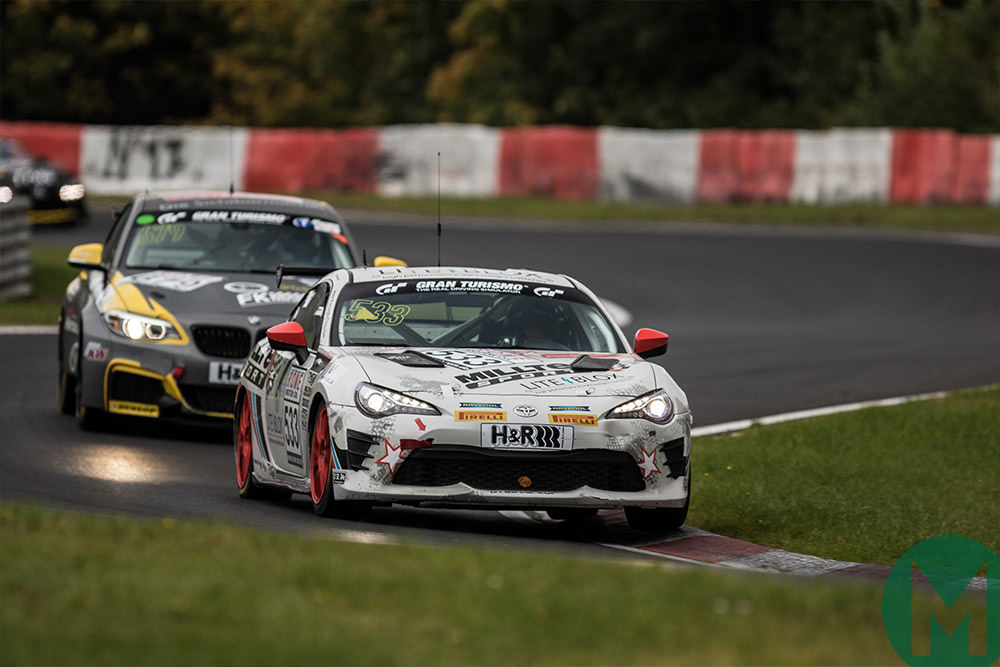 Derby-based Milltek Sport has been closely involved in the GT86 Cup, developing a dedicated exhaust system for the improved GT86 CS-Cup as part of an upgrade package from the original CS-V3 car. This, TMG’s intake system from the R3 rally car and a bespoke EcuTek map for the ECU help increase the road car’s 200bhp to more like 235bhp, filling in the frustrating ‘valley of death’ in the standard version’s torque curve in the process. And Milltek’s own car has been a leader in the championship, drivers including locally based Brit Dale Lomas, Lucian Gavris and Werner Gusenbauer. Together they found themselves locked in a season-long battle against the Toyota Swiss Racing team of Manuel Amweg and Frederic Yerly.

But how does the GT86 Cup compare with the regular road version?

A couple of laps of the Nordschleife in the GT86 road car is proof Tada-san was onto something with his vision of an affordable, back to basics sports car with a decidedly anti-fashion combination of modest power and minimal grip. Power junkies may scoff but the little Toyota’s naturally-aspirated engine response, closely stacked six-speed gearbox and very Japanese fixation on details like pedal placement, shifter throw and seating position are a real delight. This is a car that teaches you a lot about your driving, the rear-driven balance and relatively low limits making it a fun way to re-engage with the fundamentals. The updated GT86 now features recalibrated ABS and a new mid-way ‘track’ stability control setting carried over directly from the race car.

The Cup car is a much more serious proposition but maintains the same spirit, driver Dale Lomas saying what it lacks in straight-line speed is made up for in the corners where the inherent balance and lack of weight pay dividends. If still not massively powerful, the Subaru-built 2.0-litre boxer four breathes more freely and has a much more aggressive rasp, the slick tyres developing huge grip once heat is in them. This and the level playing field dictated by the tightly regulated specifications puts the emphasis very much on the drivers, the lack of power meaning competitive pace can only come through track knowledge and commitment to carrying every last ounce of speed.

Lap times in the high nine-minute range for the combined Nürburgring GP and Nordschleife layout used by the VLN and N24 put the GT86s in the thick of the privateer action. But where they’re racing in converted saloons and hot hatches the GT86 Cup is a proper customer racing car from a factory motor sport division. In a car that costs not a great deal more than the street version on which it is based.

And the racing is close. Close enough that despite entering the final round with a slim lead in the championship and going flat out or bust to score a commanding victory in the race the Milltek car lost out on the series title by a single point. Heartbreak for the Milltek team at one level. But proof of concept that thrillingly competitive, manufacturer-supported racing at one of the world’s most celebrated circuits is within reach of those on a privateer budget.