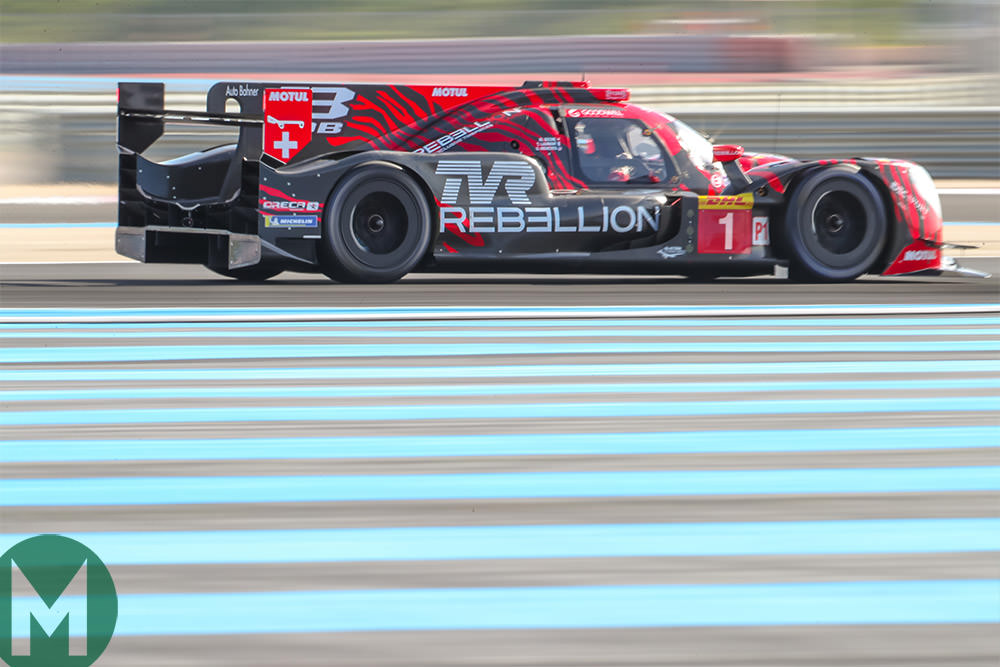 On the eve of the World Endurance Championship, Rebellion Racing and the recently revived TVR announced some sort of a partnership. But TVR is not the team’s title sponsor (Rebellion obviously has that much covered), not an engine branding exercise, and Rebellion isn’t turning its cars chromatic purple – nor is it moving to Blackpool.

Instead, as TVR’s new owner Les Edgar explains, this is a fact-finding mission for TVR ahead of its return to the racing arena. “Racing was the target from the start,” he says having smiled through Rebellion’s French press conference.

“You can’t just walk into endurance racing and start your own team, in my opinion. Rebellion has built a fantastic team with 10 years’ experience now. We felt that with their partners and our partners combined it could be a dream-team approach.”

From here, TVR’s expansion into racing will initially be under the guise of a one-make series featuring its Gordon Murray-designed Griffith. It has chosen that rather than GT4, for now at least. It certainly appears likely, though. Then, the plan is GTE and Le Mans.

Rebellion’s role in the meantime will be one of tutelage and guidance.

“What we learn from their race team will help us with the one-make series, and we’ll have access to the Rebellion drivers for testing both the road car and one-make race car, and ultimately GTE cars when they come on stream.

“We want to get our car team thinking like a race team,” he continues. “There’s no such thing as mañana, it’s about the car needs to be ready today, to this level, and it needs to keep going; that’s what endurance is all about.”

Edgar’s no stranger to returning British marques to its racing roots, having been instrumental in bringing Aston Martin back with the DBR9 back in the 2000s. And as such, he’s targeting his British rival first off.

“I have lots of admiration for them, they’ve done a brilliant job. In getting Aston back racing with the DBR9, there was a buzz and excitement at that time, the sense of achievement, of being the underdog. Now, for me, it has to be my own car that beats the cars on the track: Aston, Corvette, Ferrari, they’re in our sights because they’re our competitors.”

But by the time TVR is back in the Le Mans GT ranks, the lay of the land may well have changed. The WEC is in a state of flux, on the cusp of a regulations shake-up that could well return manufacturers to prototype racing rather than add to the currently burgeoning GT ranks. It may even take manufacturers away from GT racing.

TVR, in all of this, could find itself missing the boat. “You have to keep a careful eye on the regs, 2021 is coming,” he acknowledges. “We have an inside track on that, having started speaking to the ACO a few years ago. Gordon Murray Design has been on the board of the regulatory body for some time, so we have an idea of how things may go. But no more than anyone else. It will prepare us to make sure we’re ready.

“With the failing LMP1 grid, what should the ACO do? You have to be so careful that you don’t change the roadmap completely for everybody. It must be so difficult, and it won’t be a static thing and it will change constantly. That’s what motor sport is about, it’s about adapting to those unknowns, which from our starting construction method with GMD it makes things easier.”

GMD’s innovative iSTREAM concept streamlines the build process of cars and the benefits are TVR’s, believes Edgar. With convergence seemingly never far from the table, which would see cars upgradable or even interchangeable from GTE and GT3 spec, iSTREAM would help TVR facilitate that with ease.

It would also ensure the Griffith on the road is still a close sibling of its racing version.

“We’ve built it to be versatile. As a niche car manufacturer you have to do that. It’s convergence ready, Gordon’s iSTREAM lends itself to exactly that. The Griffith has an incredibly strong chassis – its carbon fibre core is brilliantly made. We can always upgrade it and make it lighter – we have the ability to do that.

“Size and lightness is a big Gordon thing, but road cars now need to be a bit bigger than they used to be. If you stick a Sagaris beside a Fiesta it looks small, but on the road it looks fantastic with a great presence. That’s a physical thing and has a lot to do with certain design aspects as well as physical size. Our Griffith is 150mm shorter than a 911. The fact that you can add presence with 50mm in width is massive on a car, it doesn’t sound much but it’s huge when it comes to that. In our case, it will help for Le Mans because we can have an extra-wide frame at the back for the long straights.

“We’ve been considering racing right from day one with Gordon.”

Could Murray fulfil the dream he had of the McLaren F1 and drive a car to Le Mans, change its tyres, win, and drive the same car home? Part of that story is certainly possible, but the rest of it? Who knows.