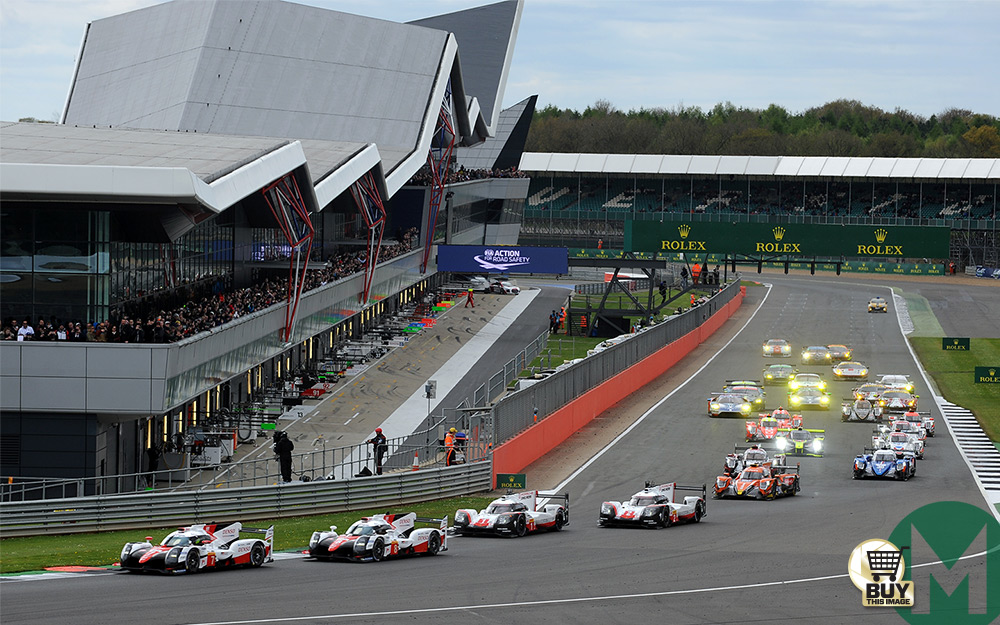 Sports cars at Silverstone and Oulton Park courtesy of the FIA World Endurance Championship and British GT, touring cars at Donington and superbikes at Brands Hatch. An odd clash of so many events, two of which were vying for the same small but firm group of fans.

It was of course possible to do both, and most likely some did. Such is Oulton Park’s noise rules that racing is permitted only on Saturdays but for two weekends a year, claimed by the BTCC and BSB. So Easter Monday provides a free day to exploit, and that’s exactly what they do every year. The fans follow, too, the spectator areas on the grey, damp and cold Monday were four or five deep in parts. Maybe motor racing in a spectator sense isn’t quite done just yet.

Silverstone, meanwhile, quoted an attendance in excess of 50,000 for its weekend, down slightly on 2016. Most likely that’s not because of Audi leaving just two marques fighting over LMP1, it could simply be the general UK fanbase. It will fluctuate slightly with each year, often on matters as slight as the weather.

There was a noticeably more commercial presence at the WEC with sponsor banners blocking viewing points. Initially the excellent Becketts was hidden behind Ford banners, but come Saturday they were removed and fans could again watch the cars flicking spectacularly through, jinking left then right, right foot planted. The bank on the inside of the Loop suffered too, the previously part-panoramic view from the right-hander up to the Loop and sweeping back onto the Wellington Straight blocked by DHL.

But motor sport is a commercial marketing platform, and the viewing audience all around the world trumps the paying punters. 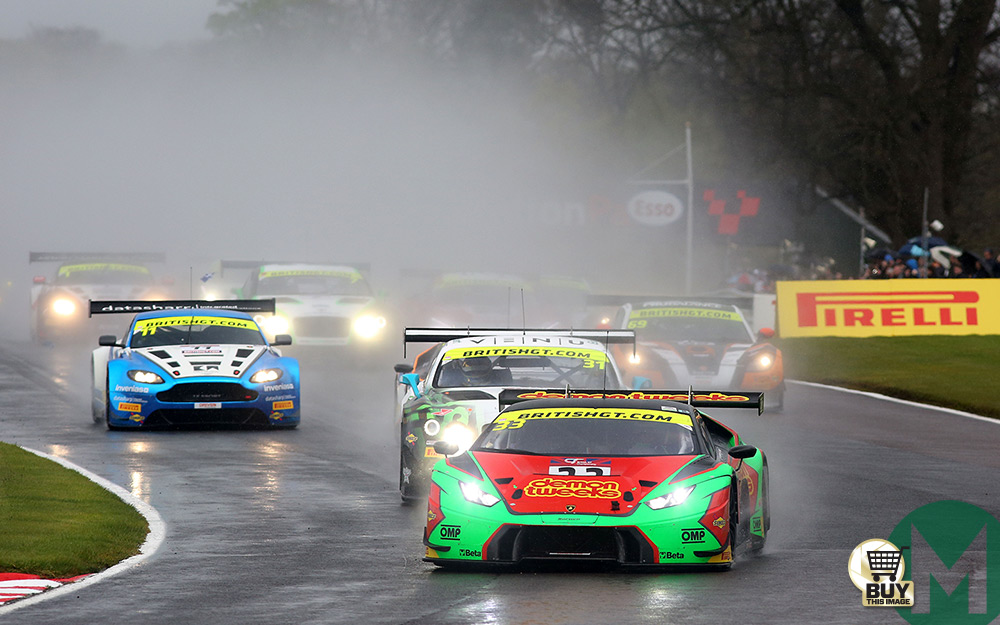 In that respect – and many more – Oulton Park is a far purer experience. Few places match it, and there’s simply no better place in the UK to watch GT cars. It’s our answer to the ‘Glen. Undulating, fast, green and a real challenge, it’s a rewarding wander for fans too; from Knickebrook’s expansive view, popular with fans, via the on-the-limit Druids to the visceral experience of Deer Leap as cars clip past thundering into the next lap.

The scores of fans were treated at Oulton Park, British GT headlining, with three races of BRDC British F3 in support – barrier damage on the Saturday left the circuit unsafe for single-seaters meaning the three races were shuffled to Sunday. That left a busy schedule, yet one overheard visitor bemoaned the ‘dithering’ between races.

Probably best to avoid F1, then.

Families made up most of the crowd on the banks, something not often said about the one-man-and-his-dog club events. The ‘artisan market’ and kids’ entertainment put on to provide some light relief most likely made the day an easier sell. But when the GT cars came around, all wide eyes were trained on the track.

A double win for the underrated Phil Keen and his ‘Am’ Jon Minshaw belies the on-track entertainment provided. Granted, those two weren’t involved in much of it, disappearing off into the distance, their Lamborghini suited best to the mixed conditions. In its sizeable wake was a Bentley and Aston Martin battle that saw the two local Crewe products (albeit via M-Sport in Cockermouth) collide in race two, Seb Morris’s Continental GT tagging Callum Macleod’s own and locals’ hands were on heads all around the Knickebrook viewing bank.

Jonny Adam and Matt Griffin starred, having both started at the back of the grid due to them being at Silverstone for the weekend until then.

“It’s been full on,” said Adam after his third race and second podium of the weekend. His WEC appearance with Darren Turner and Daniel Serra in the 97 Aston Martin GTE was a tricky one, unable to match the Porsches, Fords and Ferraris he was then clouted from behind by the ByKolles LMP1 in a pit entry mix up. “It was just a racing incident. I was committing to pit, pulled across and we collided.”

Heftily. They’re probably still picking bits of ByKolles and Armco from the boot of the Vantage now. 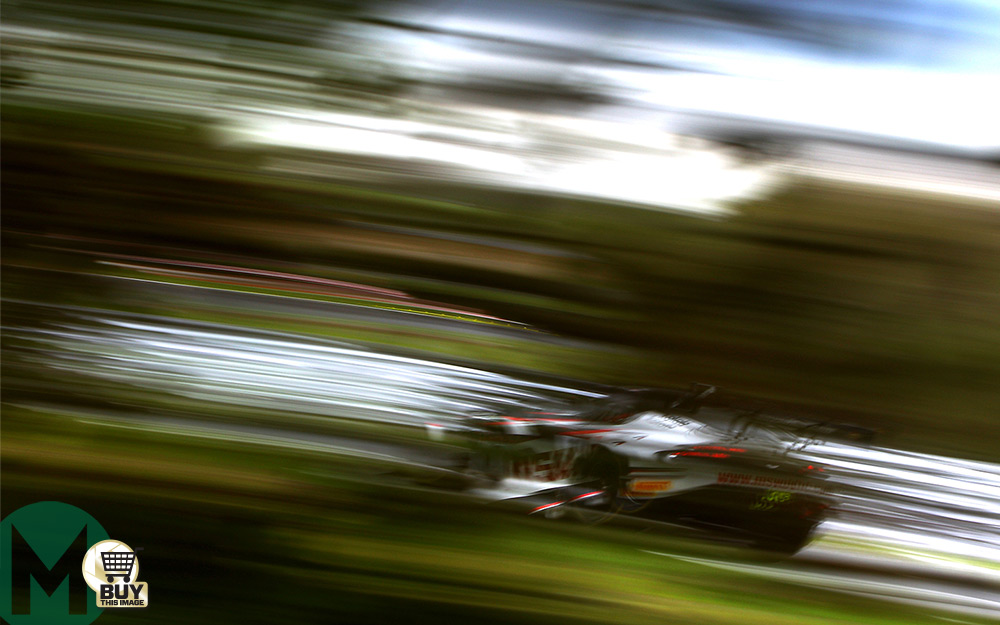 Being April, this is just the start of it for Adam and the rest GT racing’s busiest pros. “I’ve got six weekends on the bounce. Monza next with Blancpain. But I’m not as busy as Matt [Griffin], he’s bonkers.”

Griffin explained, “I have 31 race weekends this year, maybe more if we do Asia.”

His WEC weekend was more successful than Adam’s – and busier – dragging his Ferrari into the lead in an excellent battle with Pedro Lamy, pitting, and returning to the lead on the final lap as the front two clashed. That was a day after finishing fourth in the European Le Mans Series 4 Hours of Silverstone. He then disappeared off from Oulton Park to go testing at Spa…

What a way to make a living.