Timo Bernhard has lapped the Nürburgring in 5min 19.546sec, breaking Bellof’s record. And Dickie Meaden was on hand to see it 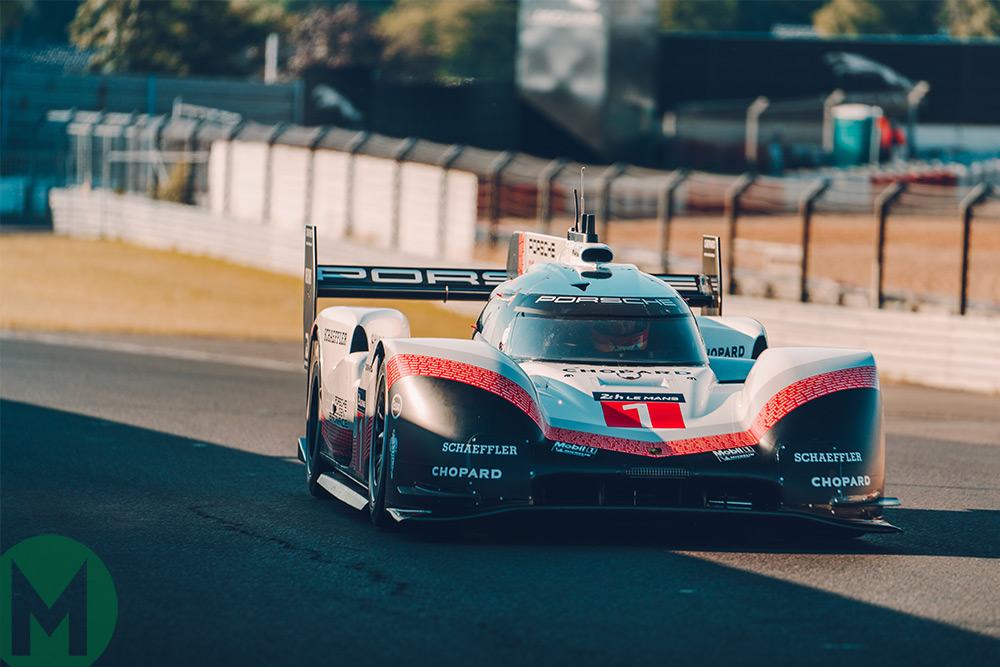 And just like that it was done. After 35 years the greatest lap record of them all was broken. Not just by a little, but by a quantum that beggars belief.

In truth it was smashed at the first attempt, a 5min 31sec straight out of the box. “That’s already pretty tasty”, said 919 chief engineer, Stephen Mitas, as Timo crossed the line. “And he’s not even warmed up yet…”

If all goes to plan it was always going to be thus – the assured expressions worn by the team on the eve of the attempt told us this much – but by how much?

The 919 Evo project is something only Porsche would do: take the fastest sports prototype of them all and make it MUCH faster. Not to race. Just to prove a point.

Faster than a contemporary F1 car around Spa, and now the fastest of them all around the Nordschleife.

Speaking to Timo Bernhard the night before the Nürburgring record attempt you’d never guess he was poised to make history. But the scale of the challenge was clear. “This place is different. The margins are so small and the consequences so great you simply can’t attack the lap in a car like this as you would at somewhere like Spa. I have to stay away from the kerbs, so the line is slightly different. If I can make a clean lap we will have the record, but by how much I don’t know. The section from Hohe Acht through to Pflanzgarten 2 will be the biggest challenge. The speed is huge and there’s only one line.” A fine line at that.

The Gods are smiling on Nürburg as the team makes its final preparations. The sun is shining, the track pristine. The install lap is made at 8am, the first attempt shortly after 8.30. Then a second run comes at 9.00. Will it be under 5min 25sec? Might it be 5min 11sec? Could it even be sub-5?

From off-the-record conversations we know the team has aspirations for a full minute under Bellof’s race lap record, but only Bernhard knows for sure how quick he can go. In this age of simulation, prediction and telemetry that’s refreshingly old-school. It’s something Bellof would surely have relished.

When the moment comes its both epic and quietly emotional. Knowing smiles between team-mates. Hugs and handshakes. And then, when Bernhard returns, cheers and applause. Some felt it was a record that should be preserved, that to break it would be to somehow betray Bellof’s memory. I disagree.

Presented with the fastest racing car the world has ever seen would Bellof have hesitated? Not for a second. And nor did Bernhard.

You’ve honoured the man and his legacy in the best way possible with 5min 19.546sec of pure magic.