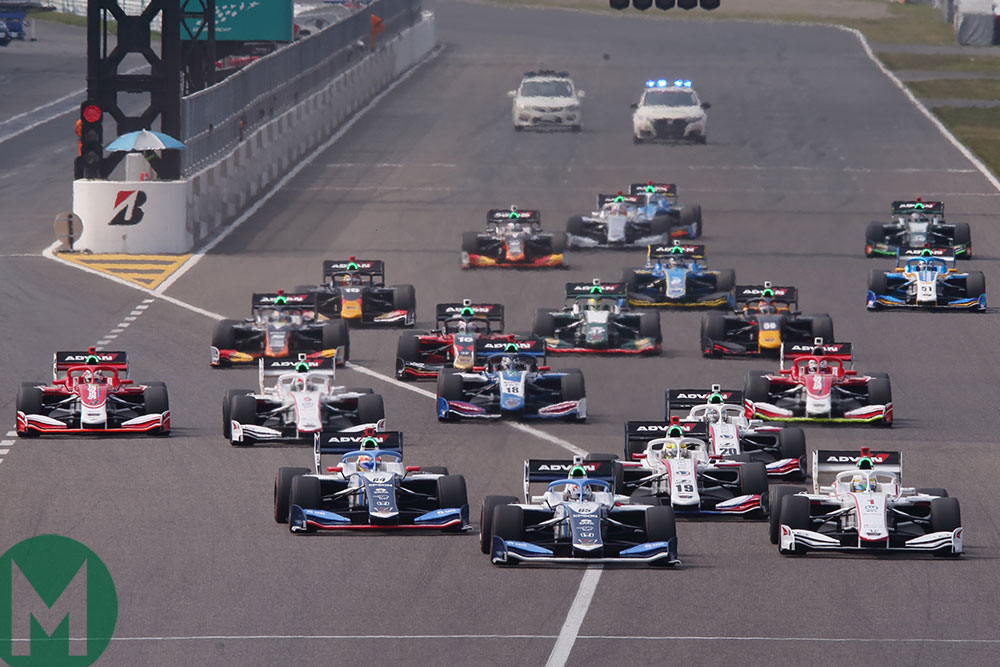 Suzuka, Japan: Nick Cassidy of TOM’s wins the 2019 Super Formula season-opener from 12th on the grid after a strategic dice-roll pays off for him. A crash on lap nine of 43 and the resultant safety car period turns the race on its head as it leaves Cassidy, who’d pitted just beforehand, set fair for victory.

Oulton Park, Cheshire: Carlin’s Kaylen Frederick takes a dominant maiden British F3 win from pole in race two. Johnathan Hoggard wins race three, also his first win in the category, being promoted to the lead from third when the leading pair Clement Novalak and Ayrton Simmons have a grassy excursion in battle.

Silverstone National, Northamptonshire: A penalty costs Tarran Mackenzie his maiden British Superbike win in race one, as he gets three seconds added for a last-corner incident with Jason O’Halloran, dropping him behind Josh Elliot in the official order. Mackenzie then makes amends by winning race two.

Spa-Francorchamps, Stavelot: The Scuderia Praha Ferrari 488, driven by Jiří Písařík, Josef Kral and Matteo Malucelli, take a dramatic win in the final three minutes. This is after previous leader, the Herberth Motorsport Porsche 991 of Daniel Allemann, Ralf Bohn and Robert Renauer, is delayed with a suspected problem at its late ‘splash and dash’ fuel stop.