Martin Brundle won Le Mans in a Jaguar XJR-12; watch as he’s reunited with one of the V12 Group C cars for a blast at Silverstone — and then hands the wheel to his son 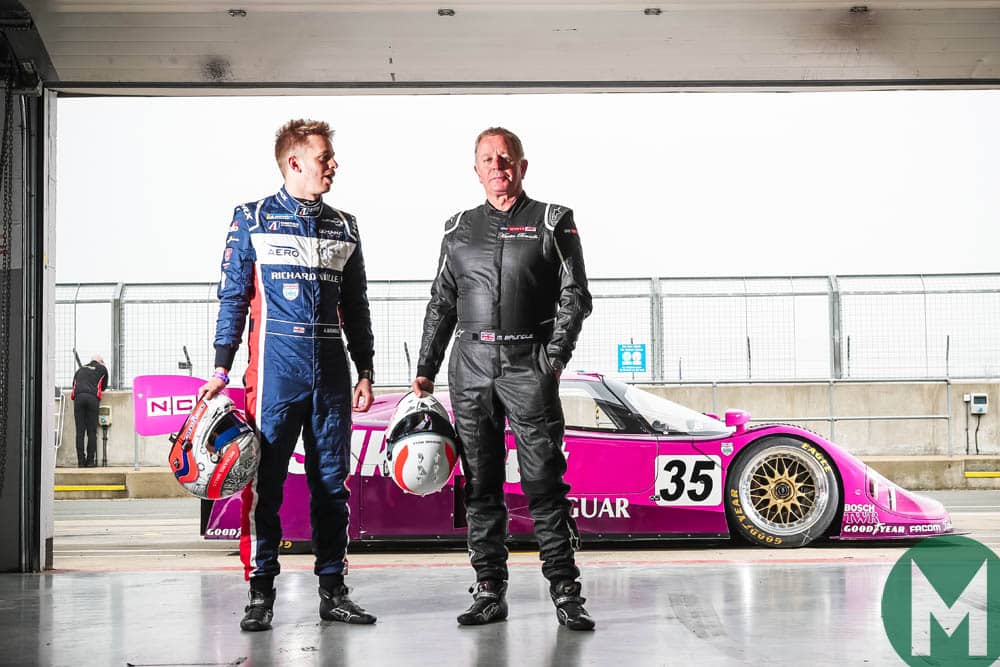 Martin Brundle and the Jaguar XJR go back a long way.

Brundle was the first driver to get behind the wheel of an XJR-6. The pairing won the 1988 FIA World Sports-Prototype Championship with an XJR-9 and then went on to secure victory at the 1990 Le Mans 24 Hours with an XJR-12.

After a few races in 1991, the partnership was over — until now. For the first time in 29 years, Martin Brundle is reunited with one of his Jaguar XJR-12s for a nostalgic blast at Silverstone, together with his son Alex, also a sports car driver and broadcaster.

Alex isn’t just there to soak up the reverberations of the rumbling 7-litre V12. He’s there to get a feel for his father’s past, and to see how Group C sports cars compare with modern World Endurance Championship racers.

Watch the video of the Brundles on track with the XJR-12 below.

Read the full nine-page feature in the current July issue of Motor Sport magazine, including an interview with the car’s designer, Tony Southgate, and a profile of the genius behind the team, Tom Walkinshaw.