“Drivers have the best job in racing because most of their work is the fun stuff,” Bryan Herta tells me shortly after one of his Hyundai Veloster N TCR cars scored a thrilling class win at Lime Rock Park in IMSA’s Michelin Pilot Challenge Series. “I’m definitely busier now than I was as a driver. But I’m still loving every minute of it.”

Two decades ago, Herta was an open-wheel ace in CART and then the IRL. Today, he’s better known as the father of emerging IndyCar superstar Colton Herta, for whom he serves as a race strategist. But his day job is running Bryan Herta Autosport, which races cars in addition to building them and providing racetrack support for Hyundai customers.

“Team ownership will take everything you have physically, emotionally, financially and mentally”

As a team owner, Herta is an anomaly. A lot of top drivers hang around the sport after retiring from the cockpit – as commentators, as coaches, as officials, as entrepreneurs. But very few of them follow Herta’s path into team ownership, which strikes me as strange. Why, I ask him, is that?

“It’s a lot of work.” Herta chuckles. “It’s a lot of work. Steve Horne, whom I drove for in Indy Lights, told me: ‘It will take everything you have physically, emotionally, financially and mentally.’ And he was right. It never ends. There’s never a point at which you don’t have to try to find another sponsor or figure out how to pay for the wind-tunnel program. You’re always looking for ways to improve. It’s not like being a driver, where there’s a chequered flag at the end of the race. When you’re a team owner, there’s always another lap.” 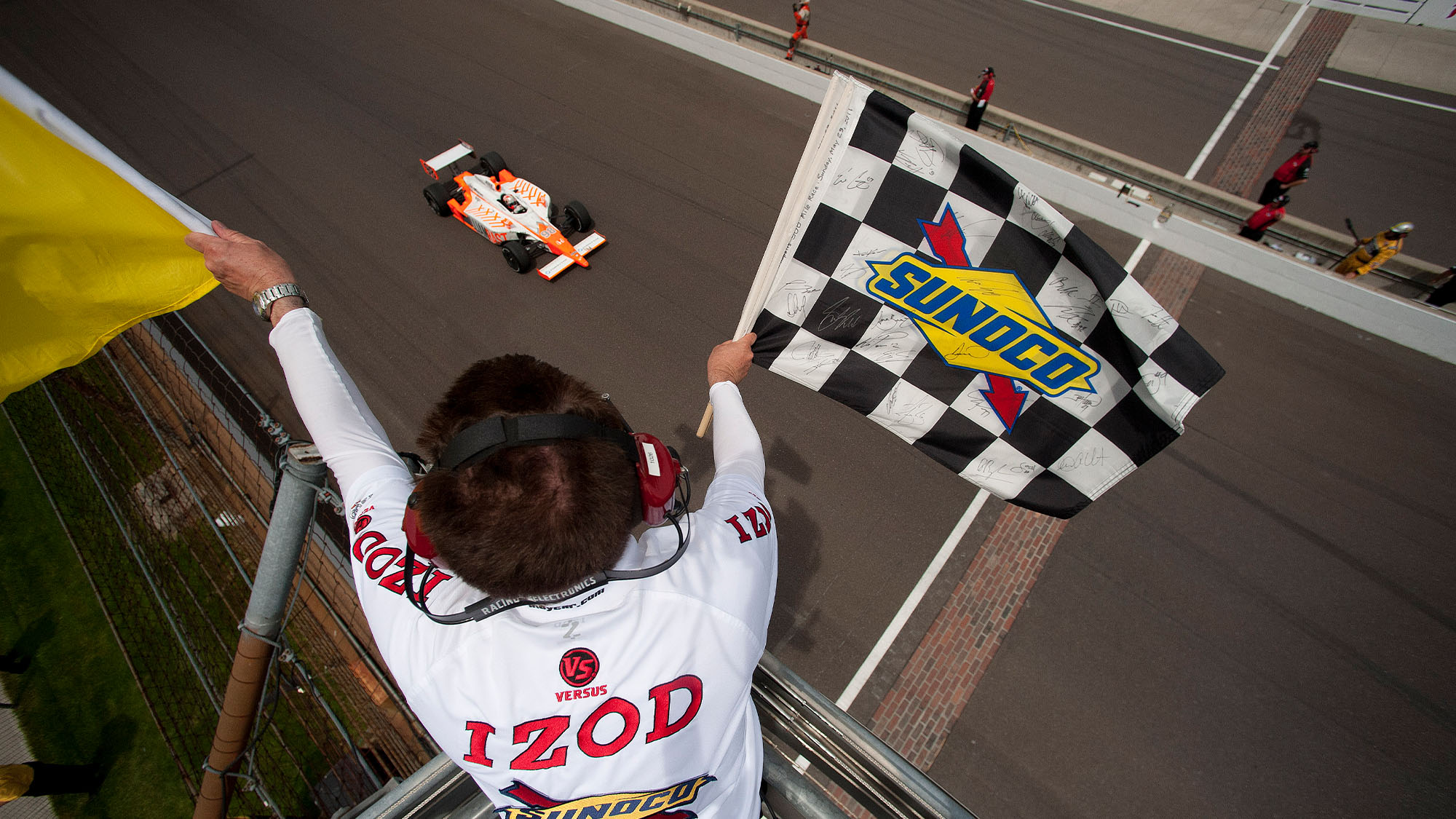 Soft-spoken and self-effacing, Herta never radiated swagger and arrogance, and over the years, he endured setbacks ranging from lost rides to season-ending injuries. Like most modern road-racing stars, he got his start as a karting wunderkind and launched his career by winning at every level of the American open-wheel racing pyramid – Barber Formula Ford, Barber Saab Pro and Indy Lights. After a couple of seasons driving for notoriously demanding Indy car owners, A.J. Foyt and Chip Ganassi, Herta found a home at Team Rahal.

He won two races in dominating style at Laguna Seca, the track where, ironically, he was also victimised by Alex Zanardi’s arguably illegal last-lap pass in the Corkscrew. After his career in CART fizzled out, Herta reinvented himself as an oval-track specialist and won two more races in the IRL. He eventually transitioned to sports cars, driving ALMS prototypes for former rival Michael Andretti.

At the end of the 2008 season, with no ride on the horizon, the 38-year-old Herta took the advice of his race engineer, Steve Newey, and started a small Indy Lights team. Two years later, after some modest success, Herta put together a one-off Indy-only program for Dan Wheldon. Herta was standing on the pit wall, looking down toward Turn Four, when he saw race leader J.R. Hildebrand smack the wall on the last corner of the last lap, promoting Wheldon into first place.

“During the race, we’d always been up in the top five or six and very competitive, but we never led a lap,” Herta recalls. “We only led the last hundred yards of the race.”

Five years later, Herta found himself back in Victory Circle under equally unlikely circumstances, when what he calls “a crazy fuel-save strategy” allowed rookie Alexander Rossi to win after falling to dead last following a botched pit stop.

“There were times when we thought we were two laps short of fuel,” Herta admits. “The best calculation we saw was that we were going to run out on the backstretch [of the last lap]. We ended up making it all the way into Turn Three. Alex coasted the rest of the way with the engine off. I think he was doing 122 miles per hour when he crossed the finish line.” 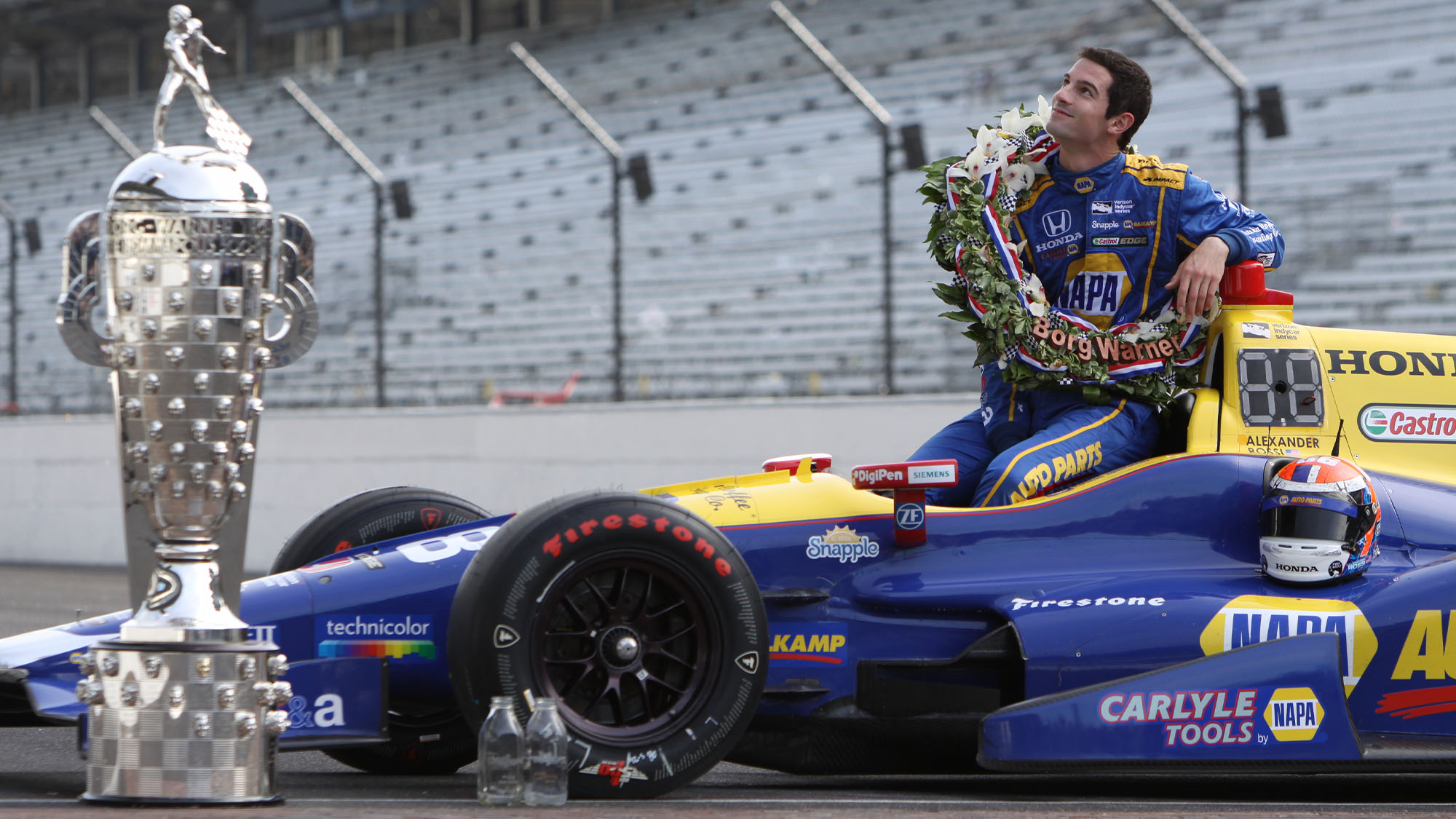 But despite two miraculous 500 wins, Herta couldn’t find the funding for a full-time Indy car program. So just as he’d done when his driving career stalled, he shifted gears and tested the waters in Global Rallycross. There, he made a connection with Hyundai, and when the Korean manufacturer moved into road racing, Bryan Herta Autosport became its factory team.

With drivers Michael Lewis and Mark Wilkins, Herta gave Hyundai a team and manufacturers championship in the TCR class in Pirelli World Challenge in 2018. The next year, after moving to the Michelin Pilot Challenge series, Lewis and Wilkins won the drivers championship while Herta claimed another team title. 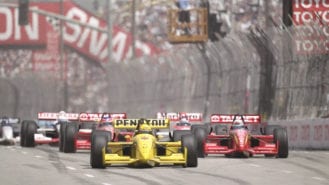 During an otherwise forgettable dinner 25 years ago, I listened with stunned disbelief while 37-year-old Tony George, whose family owned the Indianapolis Motor Speedway, explained how and why he was going to blow…

The team is now the 800-pound gorilla of the series. Coming off their nail-biting win at Lime Rock – by 0.134 seconds – Lewis and co-driver Taylor Hagler are leading the TCR championship, and Velosters account for nearly half the cars on the grid. Herta is also the American distributor for Hyundai TCR cars, which are built in Germany, and he provides racetrack support for all of them, so he travels with a crew of 43 people.

Meanwhile, Bryan Herta Autosport has branched out into building Hyundai race cars at its shop in Indianapolis. To date, the team has sold eight Velosters for the lower-rung TCA class, and it’s putting together an Elantra GT that will debut later this year.

Now 51, Herta remains involved in IndyCar with an Indy 500-only programme and serving as the radio voice in his son’s ear. He’d love to put together a package for a full season. But even if that doesn’t pan out, he’s sees himself as an owner for the long haul.

“It’s something I’ve talked to Michael [Andretti] about,” Herta says. “Both of us loved our driving careers, but neither one of us is like, ‘Geez, I wish I was still doing that.’ That same energy, that focus, that determination, that competitive fire has been redirected. Team ownership presents a different set of challenges, but you’re still trying to get to the same goal: How do you win the race on Sunday?” 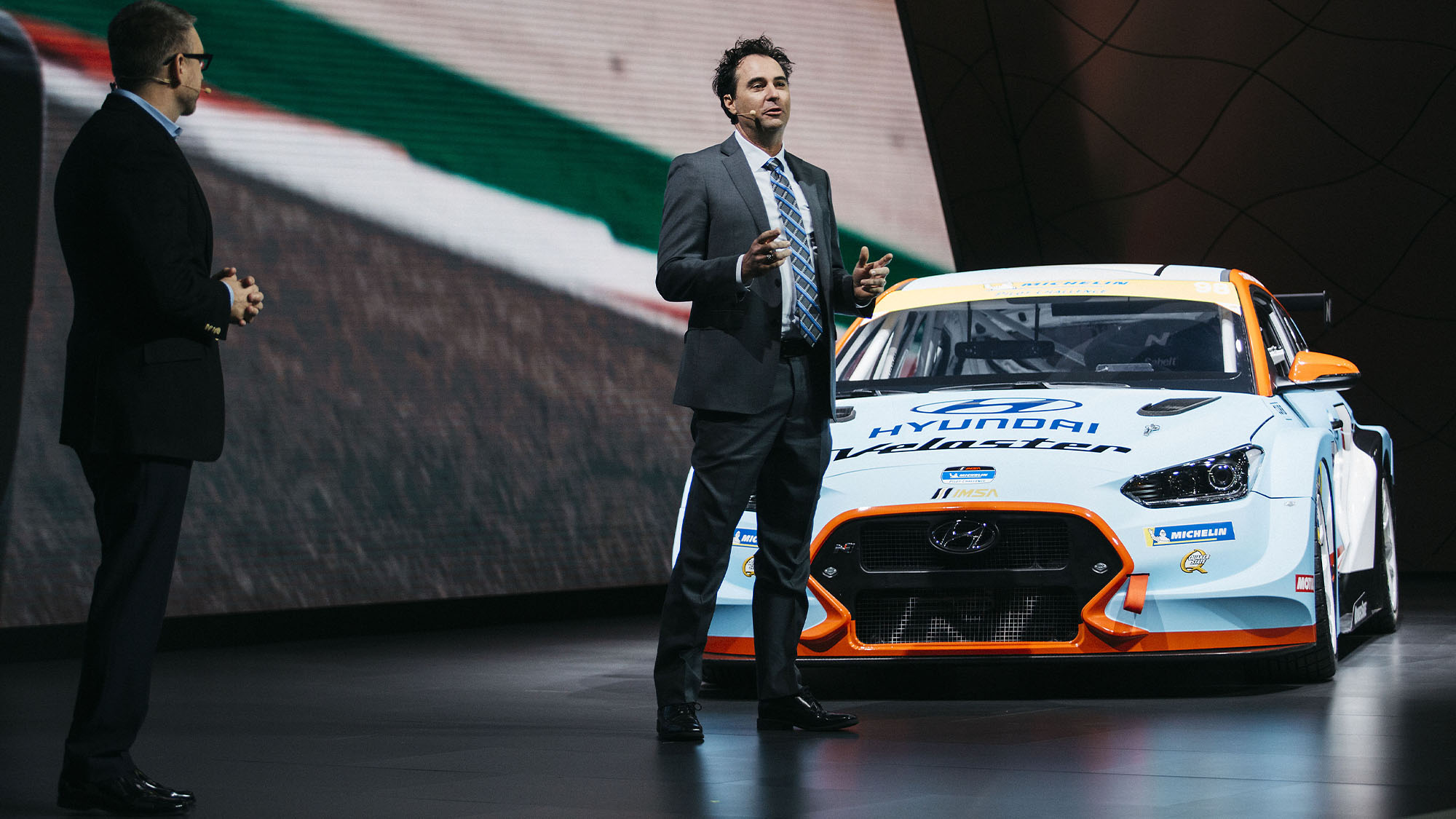