Three dozen brashly painted pony cars rumbled past the start-finish line in the Trans-Am race during the Rolex Monterey Reunion at WeatherTech Raceway Laguna Seca this past weekend – orange Boss 302 Mustangs, a red-white-and-blue Javelin, a Camaro in Sunoco blue, a Sublime green Challenger and a host of other icons of the glory days of the American muscle car.

Amid this colourful field, it was easy to overlook what might have been the most idiosyncratic car ever to race in the Trans-Am series – a silver 1964 Pontiac Tempest that had served as a daily driver before thundering around a racetrack. Built by moonlighting Pontiac engineers, it emerged from the fog of a rain race at Lime Rock in 1971 to earn a memorable sobriquet:

These days, the car is owned and driven by John Hildebrand. Although he’s better known as the father of IndyCar driver J.R. Hildebrand, John has been a fixture on the vintage-racing scene for the past 30 years. From the start, he’s focused on production-based GM door-slammers. So for him, the Gray Ghost was something of a holy grail. As he says, “I had been looking for it for 25 years.”

The legend of the Gray Ghost begins with Herb Adams. The chief of Pontiac’s Special Projects department, Adams was an engineer whose unassuming manner belied his remarkably inventive mind. In 1970, he decided to get his SCCA competition license. He chose to attend driver’s school in a car that happened to be sitting in his garage. “It was the only car I could afford,” he explains with a laugh. 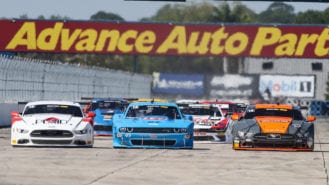 Six years earlier, to repay his father for putting him through college, Adams had used the GM employee discount program to buy him a plain-Jane Pontiac Tempest. Later, the car was handed down to Herb’s wife, Sandi. The Tempest had 86,000 miles on the odometer and rust in the wheel wells when Adams gas-welded in a roll cage. “It was a little heavy,” he says, “but in the process of racing it, we continually improved it.”

At the last club race of the season, Adams waxed a pair of Corvettes – driven by Chevrolet engineers – at Waterford Hills. This whetted his appetite to tackle Trans-Am in 1971. Adams persuaded six fellow Pontiac engineers to pony up $1,000 apiece to upgrade the Tempest. Working out Adams’s garage with a handful of additional volunteers, they spent 90 days thrashing to get ready for the season opener. “We had no time, and we had no money,” he recalls.

Car and crew arrived at Lime Rock looking decidedly secondhand, in stark contrast to the button-down Roger Penske Javelin operation and Bud Moore’s NASCAR-quality Mustang team. “People would walk by it, look and maybe laugh,” Motor Trend reported in its race coverage. “Mostly these people looked upon the car as a joke.” 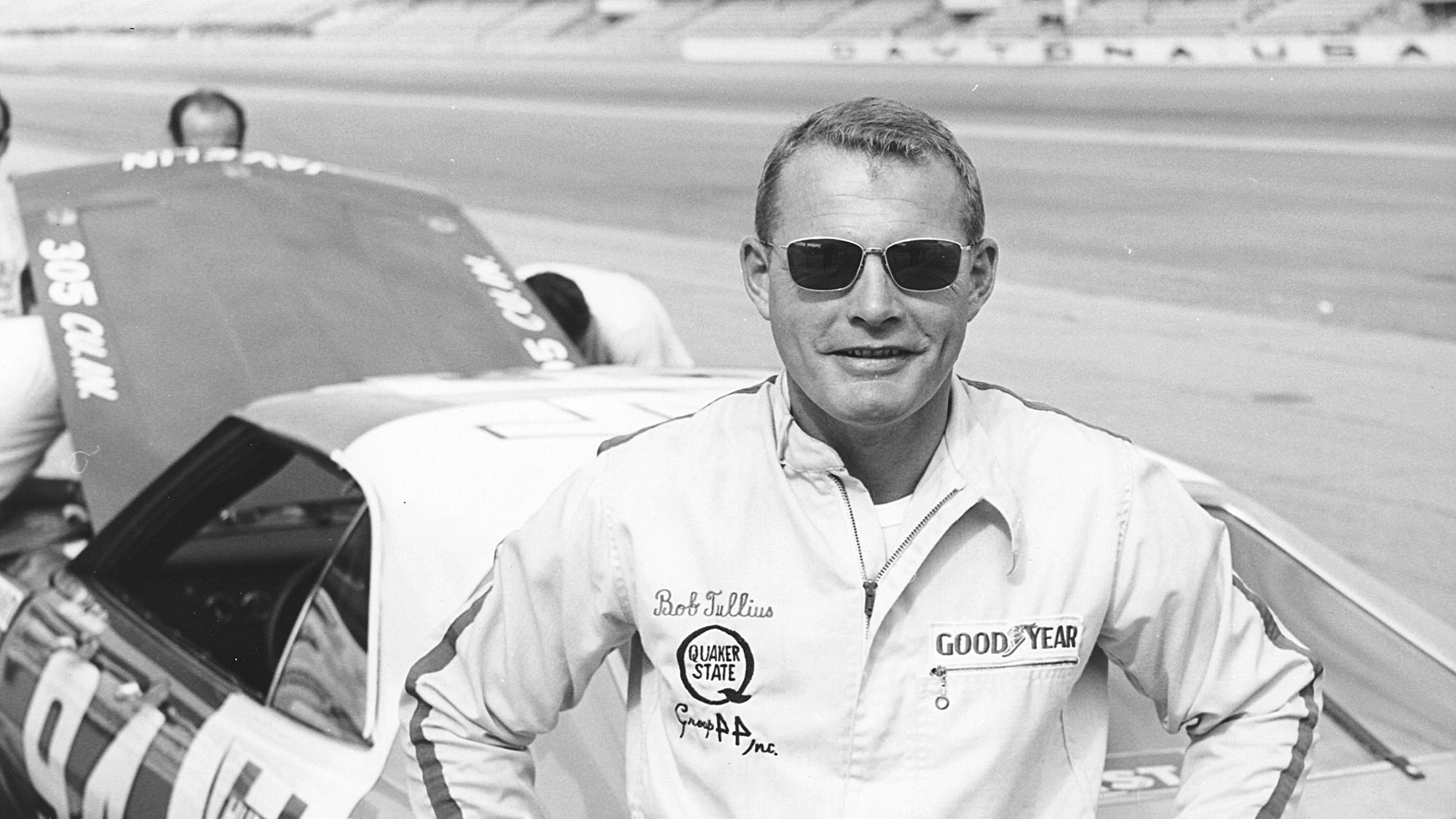 Visually, the major clue that the car was a sleeper were the fender flares Adams had fashioned to accommodate fat rear tires on all four corners. But under the boxy body, the suspension had been cleverly reworked. Taller front spindles with higher negative-camber gain – a tweak Pontiac had developed to race the Firebird – were fitted. At the rear, new drag racing-inspired pickup points produced more anti-squat. The team also pioneered the use of negative camber on the live axle, a practice that would be widely adopted by NASCAR builders.

“Our philosophy was that softer springs that use full travel combined with compression bumpers made more sense than stiff springs and no compression bumpers,” says Harry Quackenboss, who worked on the suspension and brakes. “And in order to get roll stiffness, we used larger-diameter sway bars than were normal. The extra compliance meant better handling on tracks that were rough. It also meant better power out of the corners.”

Bob Tullius of British Leyland Group 44 fame agreed to drive the car. (As a bonus, he lined up a tyre deal and some commercial sponsorship.) Tullius had never driven the car before, and during practice, he misdiagnosed a minor fan-belt issue as a failing motor. He missed qualifying while the engine was being torn down, so he had to start from the back.

No problem. A deluge soaked the track on race day, and Tullius – an acknowledged rain-meister benefiting from the big front tires and the negative camber of the rear tires – scythed through the field. By lap 86, he was second to Mark Donohue’s factory-backed Javelin, prompting the track announcer to liken the Tempest to “a gray ghost” emerging from the mist. Although a head gasket failed with a handful of laps to go, a star had been born.

Tullius was fourth at Bryar three weeks later. Limited time and resources prevented the team from competing for wins – until Mid-Ohio. There, as more rain fell, Tullius again ran second to Donohue until the track dried, when a painfully slow pit stop for tires dropped him to fifth. After another fifth-place finish at Michigan International Speedway, the Tempest was mothballed.

For 1972, Adams and company decided to build a new Firebird, which Milt Minter drove to victory at Mid-Ohio (and second in the championship). The Gray Ghost was sold – for $2,500, sans engine – to a Pontiac dealer, who club-raced it for several years before parking it. After a long quest, Hildebrand bought the car in 2015 and commissioned a rotisserie restoration. 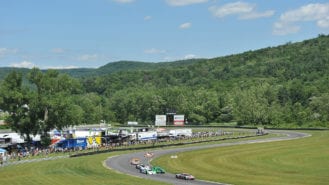 “It kind of needed everything, but it was all there,” he says. “Amazingly, the car had survived without major modifications. It had the same block, the same suspension, the same rear end. The only part of the car that had been replaced was [part of] the left quarter panel.”

Sadly, the original 480-horsepower V8 – a trick engine with dry-sump lubrication – was damaged earlier this year, so Hildebrand was running a less powerful backup motor at Laguna Seca. Speed trap numbers showed him to be 10 miles per hour down on the fast guys. But with Adams and Quackenboss watching, Hildebrand finished eighth, just behind Patrick Long in one of 13 Boss 302s in the field.

Skeptics said the Gray Ghost was obsolete when it started racing, yet it’s still going strong. “It’s going to be around a lot longer than we are,” Adams jokes.