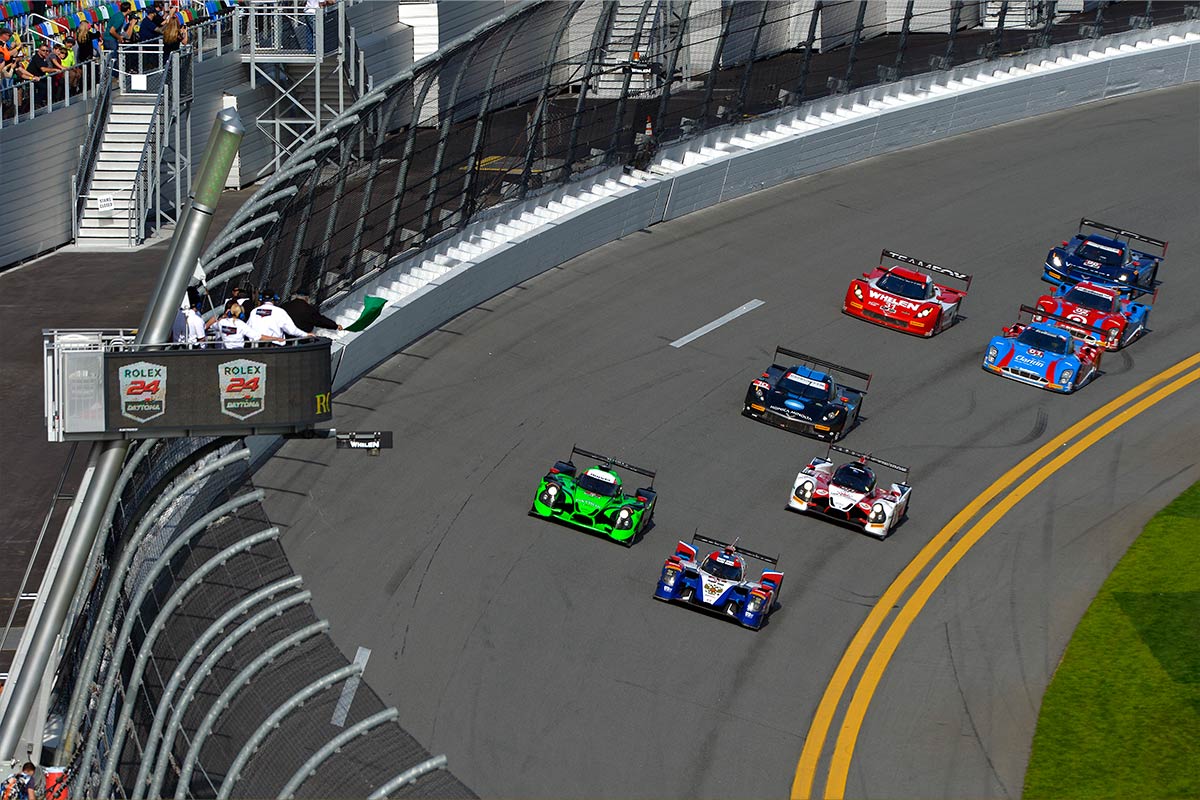 The IMSA Sports Car Championship kicks off this weekend with the 55th running of the Daytona 24 Hours.

The race dates back to Daytona Beach’s speed record attempts and stock car races, which were held only a few miles away until the speedway was opened in 1959. It’s an area of the world steeped in history: Bluebird topped 276.710mph on the sands in 1935 and races were held on the beach until traffic and development called for a purpose-built facility. Enter NASCAR founder Bill France.

It hasn’t been a part of the World Sportscar Championship since 1980, but this year a dozen LMP2/Daytona Prototypes will line up on the grid. It’s the latter’s debut at Daytona.

Unlike 1979 – when the Porsche 935 of Ted Field, Danny Ongais and Hurley Haywood finished a mere 49 laps ahead of the Ferrari 365 GTB4 Daytona of John Morton and Tony Adamowicz – winning margins today are small. In 2009 it was only 0.167 seconds. Predicting a winner is therefore a thankless task, but the pair of Cadillac DPis, run by Action Express, have been IMSA champions the last three years. Two-time IMSA champions Joao Barbosa and Christian Fittipaldi are joined by Filipe Albuquerque, while defending champions Dane Cameron and Eric Curran drive the other Action Express Cadillac with Brits Mike Conway and Seb Morris.

Another potential winner is the third Cadillac DPi in the field, Wayne Taylor Racing’s entry for his son Ricky and Jordan with co-drivers Max Angelelli and Jeff Gordon. Angelelli has announced he will retire after the race at Daytona while retired four-time NASCAR champion Gordon will be taking part in his second Rolex 24 Hours. That’s worth the ticket price alone. 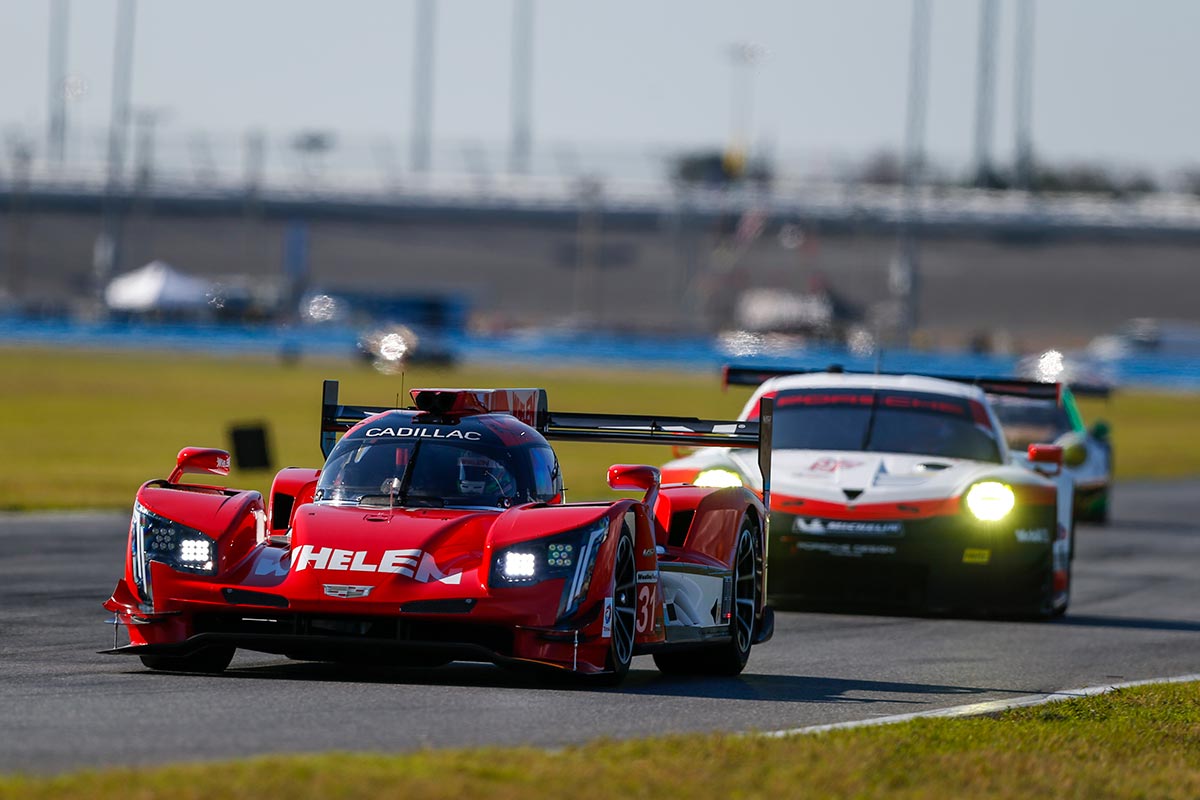 Much is also expected of the pair of Extreme Speed Nissan DPis, winners of last year’s race with a Nissan P2 car. Extreme Speed’s new Nissans will be driven by Scott Sharp/Ryan Dalziel/Luis Felipe Derani and Ed Brown/Johannes van Overbeek/Bruno Senna. The team returns to IMSA full-time this year after two seasons racing primarily in the WEC. Having spent the end of 2015 and start of 2016 racing in Formula E, Senna then raced for RGR Sport in the World Endurance Championship. It’s the first time the Senna name has appeared at the Daytona 24 Hours.

Mazda is also fielding a pair of new DPi cars which performed well in recent testing and could be contenders in this year’s race. Serious competition for the seven new DPis will come from a handful of Oreca and Ligier P2 cars: Rebellion Racing’s Oreca is a likely contender with a strong driving team in Neel Jani, Sebastien Buemi and Stephane Sarrazin.

Chip Ganassi’s powerful team has won the Rolex 24 outright no fewer than seven times and Ganassi will run four Ford GTs at Daytona where the cars made their competition debut last year. Porsche will field a pair of new 911 RSRs, BMW runs a pair of M6 GT LM cars with Bobby Rahal’s team while Risi Competizione will run a lone Ferrari 488GTE. Nine different marques are included among the 27 GT Daytona entries with new GT Daytona cars from Acura, Lexus and Mercedes-Benz making their debuts.

Racing at Daytona starts on Friday with the four-hour Continental Tire Challenge. Forty cars are entered and the race starts at 12.15 pm EST. The Rolex 24 takes the green flag on Saturday at 2.30 pm.