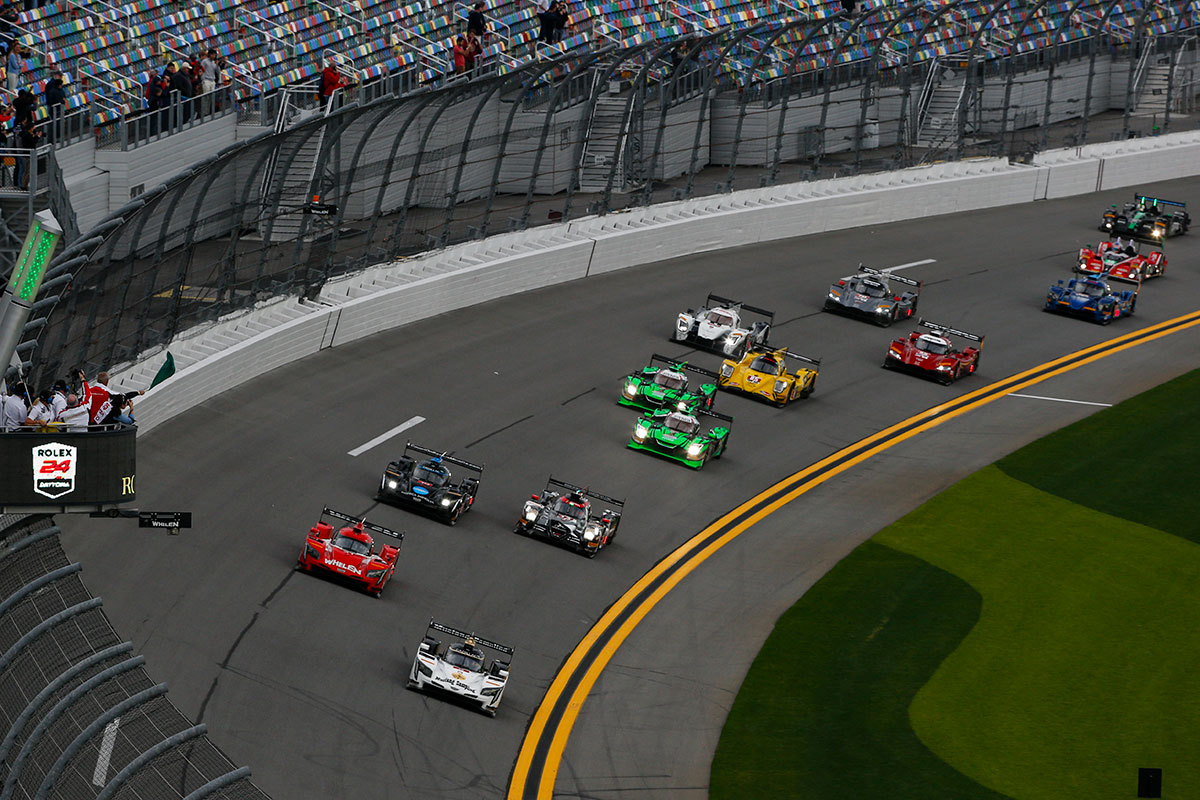 Wayne Taylor Racing’s quartet of Max Angelelli, Jeff Gordon and Taylor brothers Ricky and Jordan scored a dramatic and controversial victory in the 55th running of the Rolex 24 Hours of Daytona. In a race punctuated by long wet-weather cautions, Ricky Taylor dived down the inside of Felipe Albuquerque of Action Express Racing exiting the banking with barely five minutes to go, making contact and spinning the leading Cadillac. The stewards declared Taylor’s move legal, and he held on from the ex-Audi racer by metres at the flag for a fitting farewell win for Angelelli and Gordon.

It was a successful debut for the new DPi formula, with the fastest LMP2 the VisitFlorida Riley of Marc Goosens, Rene Rast and Renge Van Der Zande third a lap down. The race ebbed and flowed, with the DPis outlasting the P2s, many of which were beset by electrical problems.

The drama wasn’t reserved for the prototypes, in GTLM Patrick Pilet in the brand new Porsche 911 RSR kept James Calado’s Ferrari 488 at bay by just a tenth, 3sec back from the victorious Ford GT of Dirk Mueller, Joey Hand and Sebastien Bourdais. The GT claimed the lead in the closing 30 minutes, courtesy of a forceful move by Mueller. In GTD, for GT3-spec cars, the front two were covered by less than 0.3s, as the Michael Christensen-led Alegra Motorsports Porsche beat the Audi of Montaplast by Land-Motorsport.