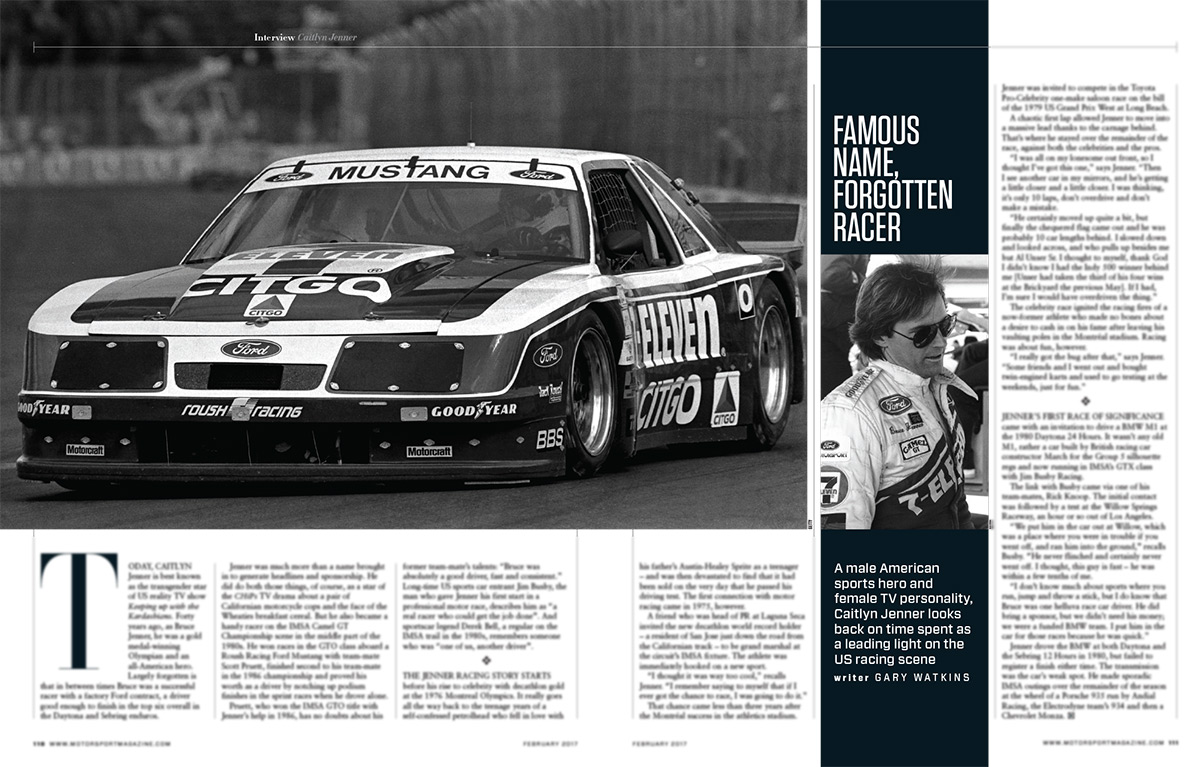 Today, Caitlyn Jenner is best known as the transgender star of US reality TV show Keeping up with the Kardashians. Forty years ago, as Bruce Jenner, he was a gold medal-winning Olympian and an all-American hero. Largely forgotten is that in between times Bruce was a successful racer with a factory Ford contract, a driver good enough to finish in the top six overall in the Daytona and Sebring enduros.

Jenner was much more than a name brought in to generate headlines and sponsorship. He did do both those things, of course, as a star of the CHiPs TV drama about a pair of Californian motorcycle cops and the face of the Wheaties breakfast cereal. But he also became a handy racer on the IMSA Camel GT Championship scene in the middle part of the 1980s. He won races in the GTO class aboard a Roush Racing Ford Mustang with team-mate Scott Pruett, finished second to his team-mate in the 1986 championship and proved his worth as a driver by notching up podium finishes in the sprint races when he drove alone.

Pruett, who won the IMSA GTO title with Jenner’s help in 1986, has no doubts about his former team-mate’s talents: “Bruce was absolutely a good driver, fast and consistent.” Long-time US sports car entrant Jim Busby, the man who gave Jenner his first start in a professional motor race, describes him as “a real racer who could get the job done”. And sportscar legend Derek Bell, a regular on the IMSA trail in the 1980s, remembers someone who was “one of us, another driver”.

Continue reading in the digital edition of Motor Sport

Or buy the print copy now from the Motor Sport shop