Fernando Alonso has ruled out a return to the Indy 500 during his next stint in Formula 1, as he begins practice for this year’s race.

The Spaniard has suffered mixed fortunes in his previous two attempts at Indianapolis and has no immediate plans to return if he is unsuccessful later this month. Alonso said that his two-year Renault contract and the likely clash between next year’s Indy 500 qualifying and Monaco Grand Prix means that another attempt “won’t work” in the short-term.

“I know at least for two years I won’t be here,” he said. “But look, that’s the way it is for the moment. I’m here, ready to enjoy the event. I’m planning to give my best, help the team as much as I can, and we’ll see in the future what are the possibilities.”

In a call with reporters, published by the Indianapolis Motor Speedway, Alonso said that his Arrow McLaren SP team was “well-prepared, organised and doing something good” this season.

In 2017, he led the race for 27 laps and was running strongly for Andretti Autosport, when the car’s Honda engine failed with 21 laps to go. Two years later, McLaren’s late decision to enter a car for him proved disastrous. 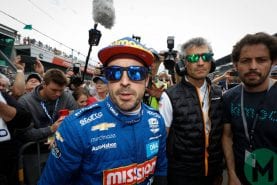 After a well-catalogued string of errors — which included the steering wheel not being ready on time and the car needing a respray after being painted the wrong shade of orange — Alonso failed to qualify in a car that was running too low because of an error in converting inches to centimetres.

McLaren Racing’s CEO was blunt in admitting the failings. “We will look what we learned here and the list is a mile long,” he said. This year’s entry is a combined effort between McLaren and the experienced Arrow Schmidt Peterson Motorsport, with Pato O’Ward and Oliver Askew as Alonso’s team-mates.

This year has attracted only 33 entries for the 33 grid slots, ensuing that Alonso will have no risk of a repeat of 2019, when he was pushed out of the race on ‘bump day’.

“I think we need to wait and see where we are on the speed of the pace of the car. But, yeah, it makes a difference the team itself, how Arrow SP is well prepared, the experience in the series. “It is going to be a big difference compared to last year that we were not prepared enough for the challenge. I’m reasonably confident that this is going to be a good event for us, but we take it step by step. We know there are a lot of things to do from our side. We will miss some experience.”

Despite the lack of fans in the grandstands, after a late decision to hold the race behind closed doors, Alonso says that the pressure will remain the same.

“I think when you close the visor and you are racing, it will be the same pressure,” he said.

“It was the magic part of the ‘500,’ the fans, around the garages, the interaction you have with them. I will miss a lot that part.

“Probably my life outside the car will be a little bit easier, so I don’t need to run away. Sometimes I can go to the bathroom with no phone cameras pointed at me”.

Practice for this year’s Indy 500 begins on Wednesday, ahead of qualifying at the weekend. The race takes place on Sunday 23 August. 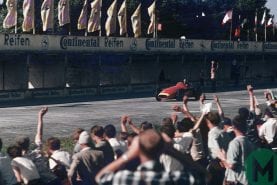 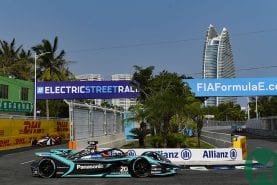 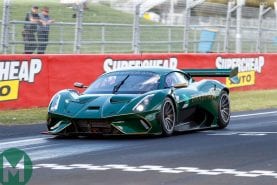 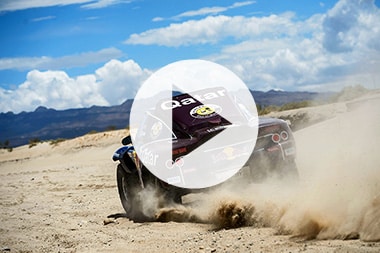 Red Bull-sponsored teams have claimed victory in the truck and bike categories during this year's Dakar Rally. Cyril Despres battled his way through the early stages of the 2013 event,…