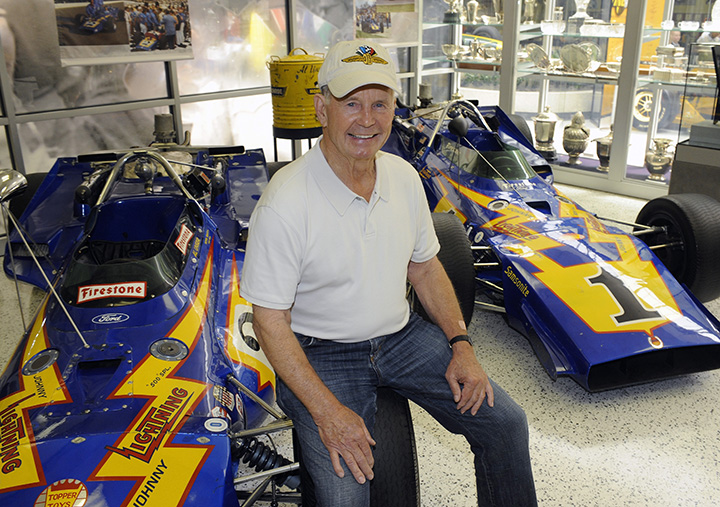 Parnelli Jones started racing in the rough and tumble world of jalopy and modified stock car racing in southern California in the 1950s. He made his mark by winning in midget and sprint cars before establishing himself as maybe the fastest of all the great drivers who tackled the Indianapolis Motor Speedway in the ’60s.

Jones dominated three of the seven Indy 500s he started between 1961-’67 and won the race in 1963, beating Jim Clark. He looked to be a clear winner again in 1967 with Andy Granatelli’s STP turbine car, but a driveshaft bearing broke with only four laps to go and after the race, at the height of his prowess, Parnelli retired from driving open cockpit cars. Granatelli wanted him to drive his turbine car again in ‘68 but Jones thought the new Lotus turbine would be quicker and he decided against racing the car again. 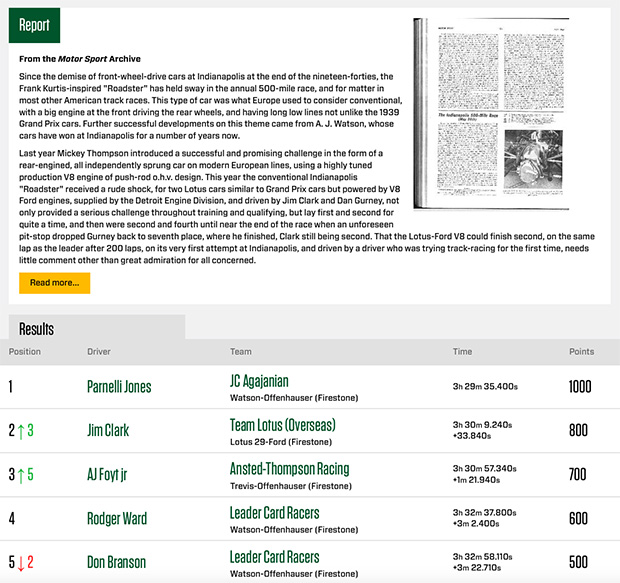 Parnelli continued to race in Trans-Am, Can-Am and off-road cars and trucks. He won the 1970 Trans-Am championship with a Bud Moore Ford Mustang, beating Mark Donohue and Penske Racing by a single point when the Trans-Am series was one of the USA’s top racing series, brimming with manufacturer-backed teams. 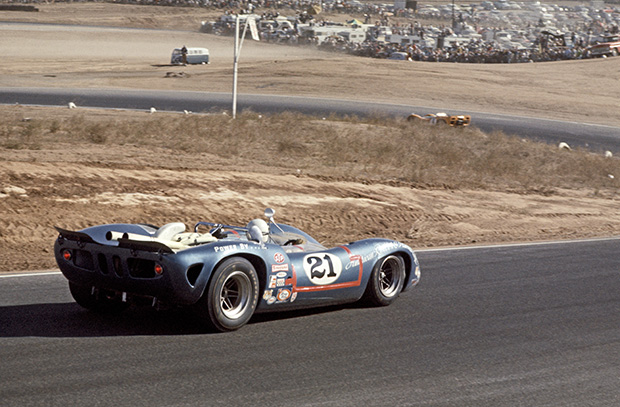 He won the Baja 1000 off-road race in 1971 and ‘72, and his resume includes four NASCAR stock car victories, the 1964 USAC stock car championship and the 1961 and ‘62 USAC Sprint car titles. The likes of Mario Andretti and Bobby and Al Unser say Parnelli was the best driver they’ve ever seen at Indianapolis, where Jones qualified on the first two rows for all seven 500s he started and led five of those races for a total of 492 laps.

Then there was his career as a team owner in partnership with Vel Miletich. Vel’s Parnelli Jones racing won the Indy 500 with Al Unser in 1970 and ‘71, as well as three consecutive USAC championships with Unser and Joe Leonard in 1970, ‘71 and ‘72 and a total of 40 USAC Championship races between 1968-’77. VPJ also produced the first Cosworth-powered Indy car, developed by John Barnard and driven successfully by Al Unser, and a similar F1 car raced by Mario Andretti from late 1974 through early ‘76. VPJ’s cars were usually beautiful and often revolutionary.

VPJ also built and developed a series of Ford and Chevrolet off-road trucks for Parnelli to race while he expanded his business interests with Miletich, becoming a very successful Firestone tyre distributor and property developer in Southern California. 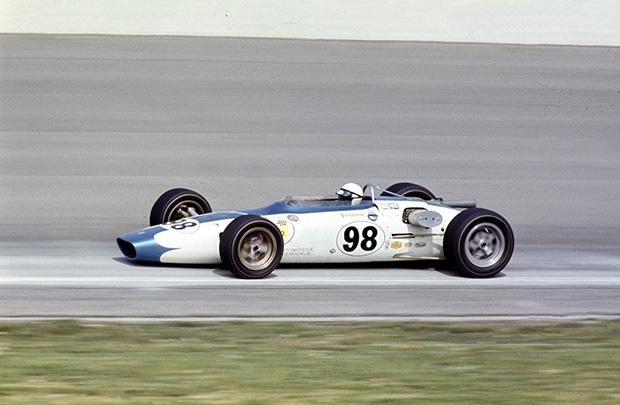 Parnelli Jones was one of the fastest, toughest, most-accomplished drivers from a deadly era. He not only survived but retired at the height of his career and went on to lead a successful, happy life beyond racing. Today, he’s a quietly fulfilled grandfather and family man who has a keen perspective on where he fits in the sport’s great history.

“I think I raced in absolutely the best of times, let’s put it that way,” he remarks. “The days right before me, I thought those guys were crazy – the equipment, the way they drove in T-shirts with no safety equipment, bad helmets and steering wheels that were so big you could hardly reach around them. And to think about the riding mechanics way back when. Those guys were men. We were just boys.”

You can cast your vote for Parnelli in the Motor Sport Hall of Fame US Racing category here.