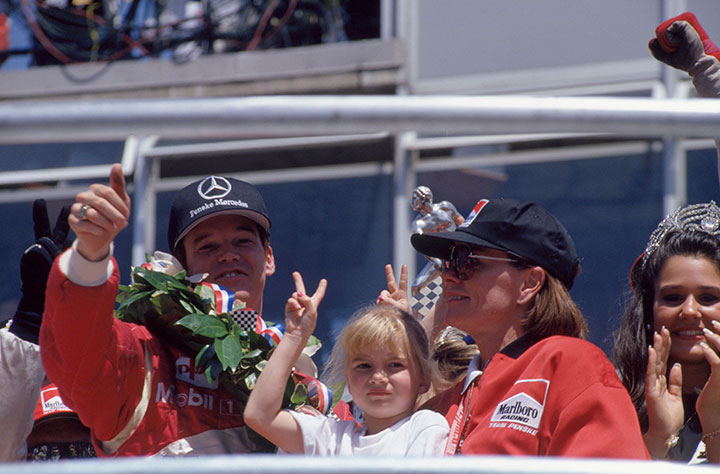 The Unsers made their names at Colorado’s Pikes Peak where Bobby won no fewer than 13 times. The family record at Pikes Peak embraces 24 wins over three generations. Bobby arrived at Indianapolis in 1963 and hit the winning combination in 1968 with Bob Wilke’s Leader Card team. He won the 500 again in 1977 with All American Racers and scored his third Indy win in 1981 with Penske. 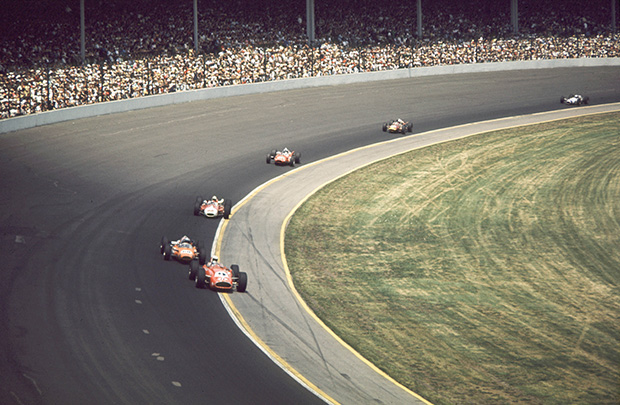 Younger brother Al made it to Indianapolis in 1965. He finished second behind A.J. Foyt in ‘67 driving Al Retzloff’s Lola-Ford before joining the burgeoning Vel’s Parnelli Jones team in ‘69. Al missed the ‘69 500 after breaking his leg while fooling around with team owner Jones on a pair of motorcycles, but he bounced back to win consecutive 500s in 1970 and ‘71, driving a pair of Lola-based Johnny Lightning Colt-Fords.

Al also dominated the USAC championship in 1970, winning 10 races, five in Colt Indy cars and five more in Ford-powered King dirt championship cars in the last year that dirt tracks were included in the championship. In 1970 Al led all but 10 laps at Indianapolis and won the 500 by more than half a minute from Mark Donohue in Penske’s Lola-Ford with Dan Gurney finishing third in his AAR Eagle-Offy.

The following year was much tougher with serious competition from Mark Donohue in Penske’s McLaren-Offy, VPJ teammate Joe Leonard and brother Bobby in AAR’s Eagle-Offy. But they all broke, leaving Al to beat Peter Revson in one of the factory McLarens. 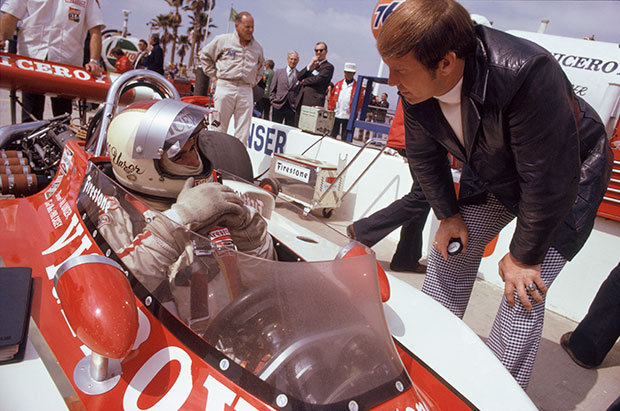 Al left Vel’s Parnelli Jones at the end of 1977 and joined Jim Hall’s new team. Hall hoped to race his own new Chaparral in 1979 but a Lola Indy car was commissioned for ‘78. The Lola wasn’t fast, but it was reliable and incredibly Al won not only the Indy 500 but also the Pocono and Calfornia 500s, the first and only man to win USAC’s ‘Triple Crown’.

The following year, driving the new Chaparral 2K, Al dominated the Indy 500’s first half but was stopped by an overheated transmission. Al won only one race with the Chaparral, the season-closer at Phoenix, before quitting the team after a series of disagreements with Jim Hall, and was replaced by Johnny Rutherford who won the Indy 500 and CART championship in 1980 aboard the Chaparral.

Al drove for Bobby Hillin’s Longhorn team for three years before joining Penske in 1983, winning the CART championship in ‘83 and again in ‘85 by just one point from his son Al Jr., driving for Doug Shierson. But the next year Al found himself relegated to a third-string role behind Rick Mears and Danny Sullivan running only the three 500s.

He agreed to a similar deal for 1987 but Ted Field bought the ride for Danny Ongais for the month of May at Indy. Al was without a ride until Ongais crashed in the second week of practice. Suddenly he was back in business aboard a year-old March-Cosworth. Mario Andretti dominated the ‘87 Indy 500 in Newman/Haas’ lone Lola-Chevrolet, running away from the field until his engine dropped a valve late in the race. Andretti’s retirement opened the door to another Unser victory at the Speedway as Al beat Roberto Guerrero across the line to score his fourth win. 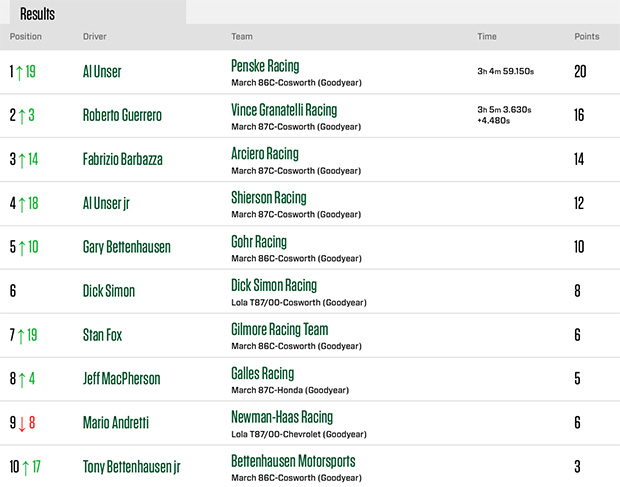 Al drove for Penske at Indianapolis for two more years, finishing third in 1988 and qualifying second in 1989 before he broke a clutch in the race. His last 500 came in 1992 when he replaced Nelson Piquet after the Brazilian’s career-ending crash. Driving one of John Menard’s Lola-Buicks he came through the field to finish third behind his son Al Jr. and Scott Goodyear before retiring at the age of 54.

You can cast your vote for Al Unser Sr. in the Motor Sport Hall of Fame US Racing category here.