This is a tale of the two races that traditionally mark the onset of summer – the Grand Prix of Monaco and the Indianapolis 500.

Monaco can properly be described as a grand pageant, the ultimate party and most glamorous of Grands Prix. But a proper motor race? Methinks not.

Other than the argy-bargy after the start, the only on-track overtake I saw this year was Mick Schumacher elbowing past his teammate to move from dead-last to next-to-last – real ‘stop-the-presses’ material. It is a truth universally acknowledged that passing at Monaco is the stuff of fanciful fiction. Racing on the streets of Monte Carlo makes as much sense as convening two teams to play soccer and then not bothering to outfit the pitch with goals.

“What’s the rationale for returning to the principality every May?”

And what’s the rationale for returning to the principality every May? The race is so popular, we’re told, so prestigious, so historic. The circuit is remarkably similar to the one where William Grover-Williams drove to victory in a Bugatti Type 35B in 1929, and the event appeared on the Formula 1 calendar during its inaugural season in 1950. Quit Monaco and leave all that heritage behind? Unthinkable!

Of course, there’s another track boasting an even longer history, with fewer changes to the racing circuit over the years, and it draws even larger crowds. And yet even in its worst years, the Indy 500 is never the snore-fest we reconcile ourselves to at Monaco. 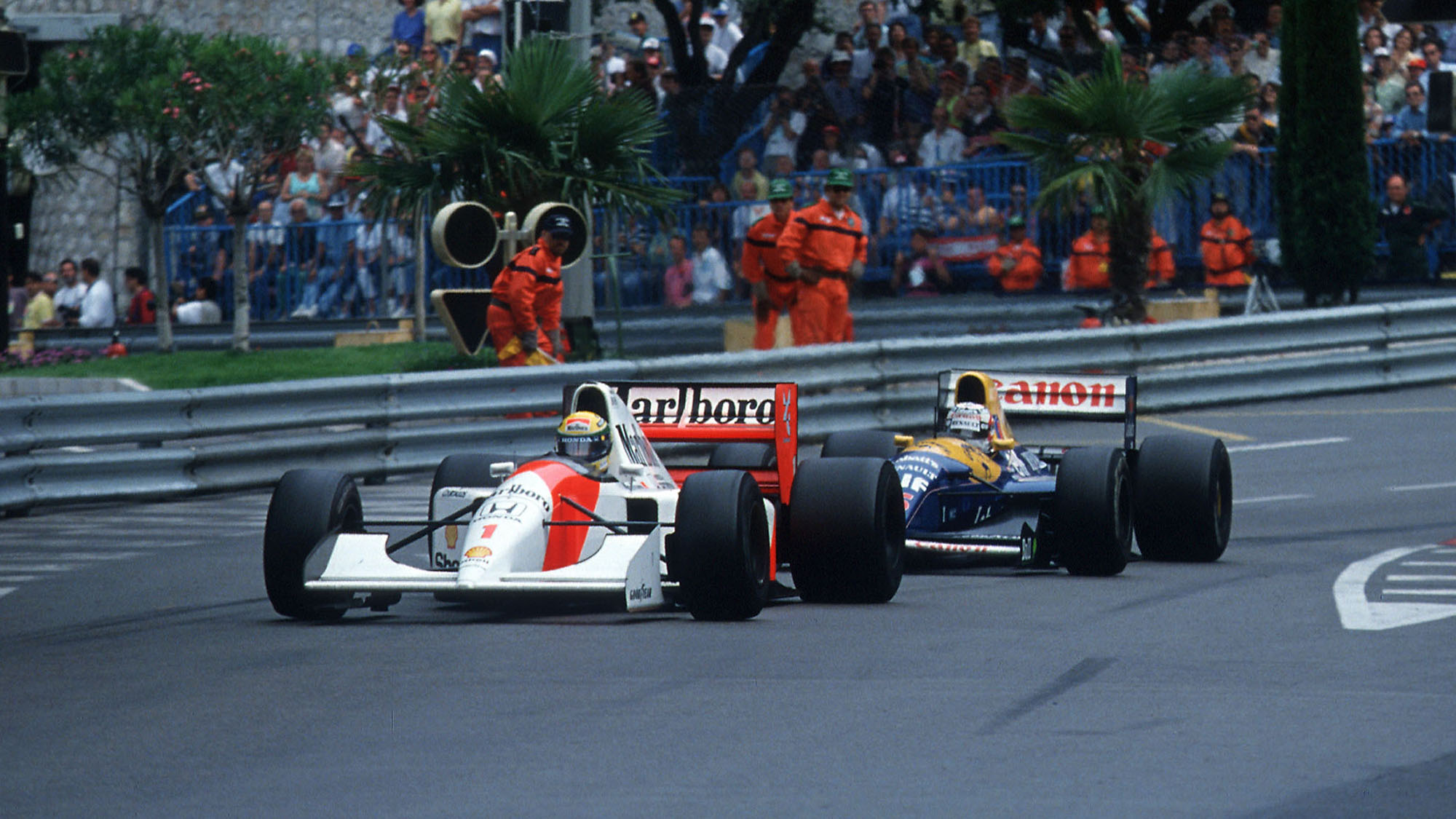 Senna vs Mansell at Monaco ’92 – really the best F1’s blue riband race has to offer?

Back home again in Indiana this past Sunday, the lead changed hands three times during the first two laps of the race alone. Altogether, there were 13 different leaders and 35 passes for the lead without resorting to contrivances like DRS, overcuts/undercuts or energy harvesting. Simon Pagenaud recorded no fewer than 26 overtakes, including one on the last lap to finish third.

By Indy standards, this year’s 500 wasn’t a scintillating race. The drivers spent much of it “cutting laps,” as Dale Earnhardt Jr. once called it – that is, more or less marking time. In the past, the sheer length of the event challenged both cars and drivers, and as recently as 25 years ago, only one-third of the field reached the chequered flag. But these days, when the machinery is largely bulletproof and grip is so much more predictable, it sometimes seems like the middle section of the race exists only to provide airtime for the interminable TV commercials.

This year, almost from the start, drivers were in fuel-save mode, which discouraged overtaking and led to a lot of dull follow-the-leader ‘action’. But whereas this sort languorous activity is par for the course at Monaco, it’s usually the prelude to a fast-and-furious finish at Indy.

“I love the tension through the race and how much you have to let the animal inside of you come out in the last 20 laps,” podium-finisher Simon Pagenaud said afterward. “It’s a feel I’ve never had on any other racetracks – that fight at the end. Being in it, even though I was third, I could smell the blood. I’ll tell you what, it’s the best feeling in racing.” 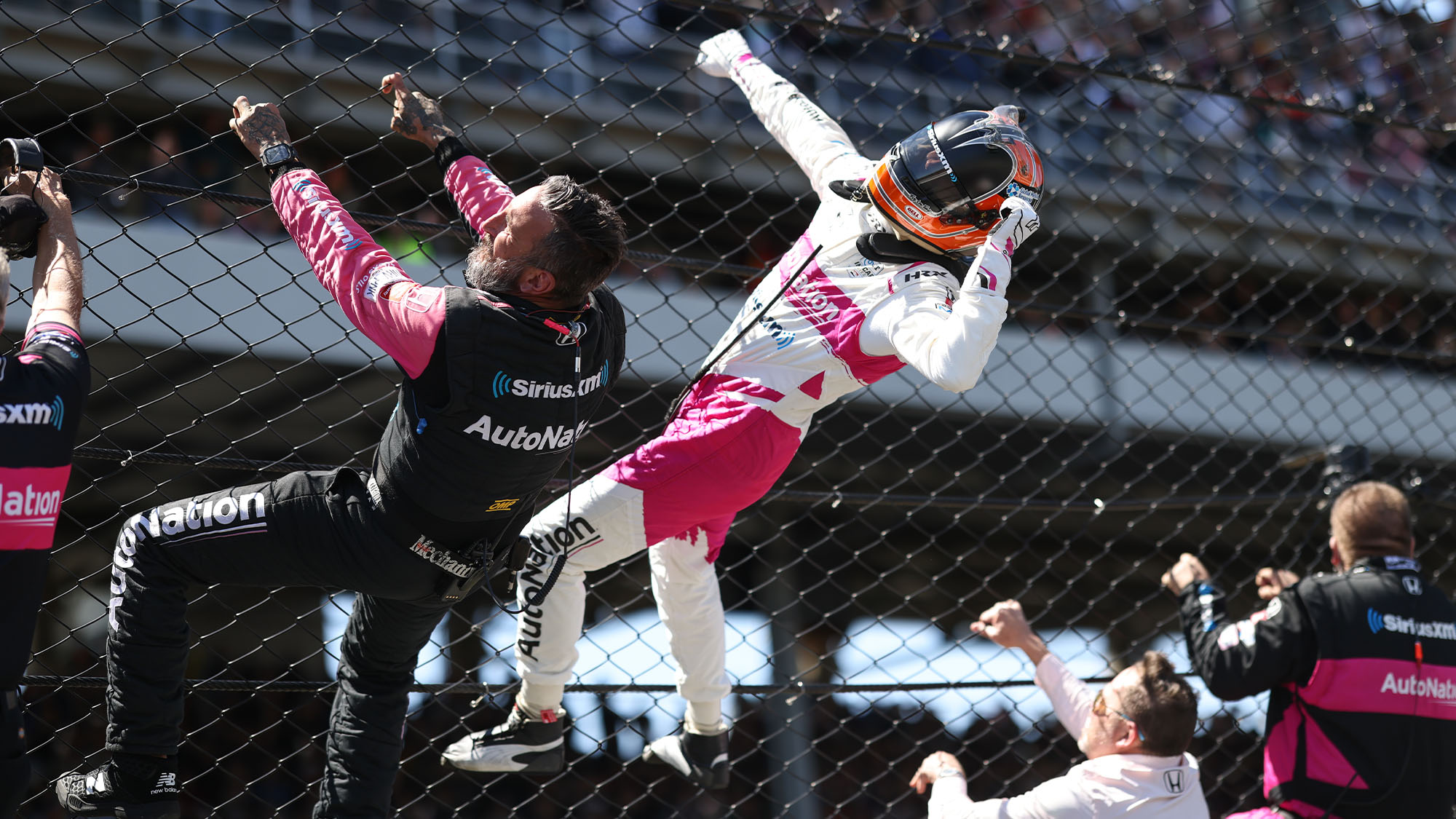 Experience told for Castroneves, as he passed Palou for the lead at just the right time, with still enough left in the tank to climb the fence afterwards

But all of these finishes were also-rans compared to 2012, when Dario Franchitti passed Scott Dixon on Lap 199, then barely survived when Sato crashed while trying to dive underneath him past in Turn 1 on the last lap. And 2012 comes up short compared with 2011, when poor J.R. Hildebrand wrecked on the final turn of the race, gifting Dan Wheldon with the victory.

Meanwhile, what does Monaco have to offer in the way of dramatic finishes in recent years? Fans will reflexively cue up the video of Nigel Mansell making up five seconds in two in-candescent laps on Ayrton Senna at the end of the Grand Prix in 1992. Thrilling stuff, right? But what happened after Mansell caught Senna? Uh, nothing. Despite being scads faster than Senna, Mansell couldn’t even make a legitimate attempt at barging past. If that’s racing, then I’m the ghost of Jean-Pierre Beltoise. (Full disclosure: I’m not the ghost of Jean-Pierre Beltoise.) 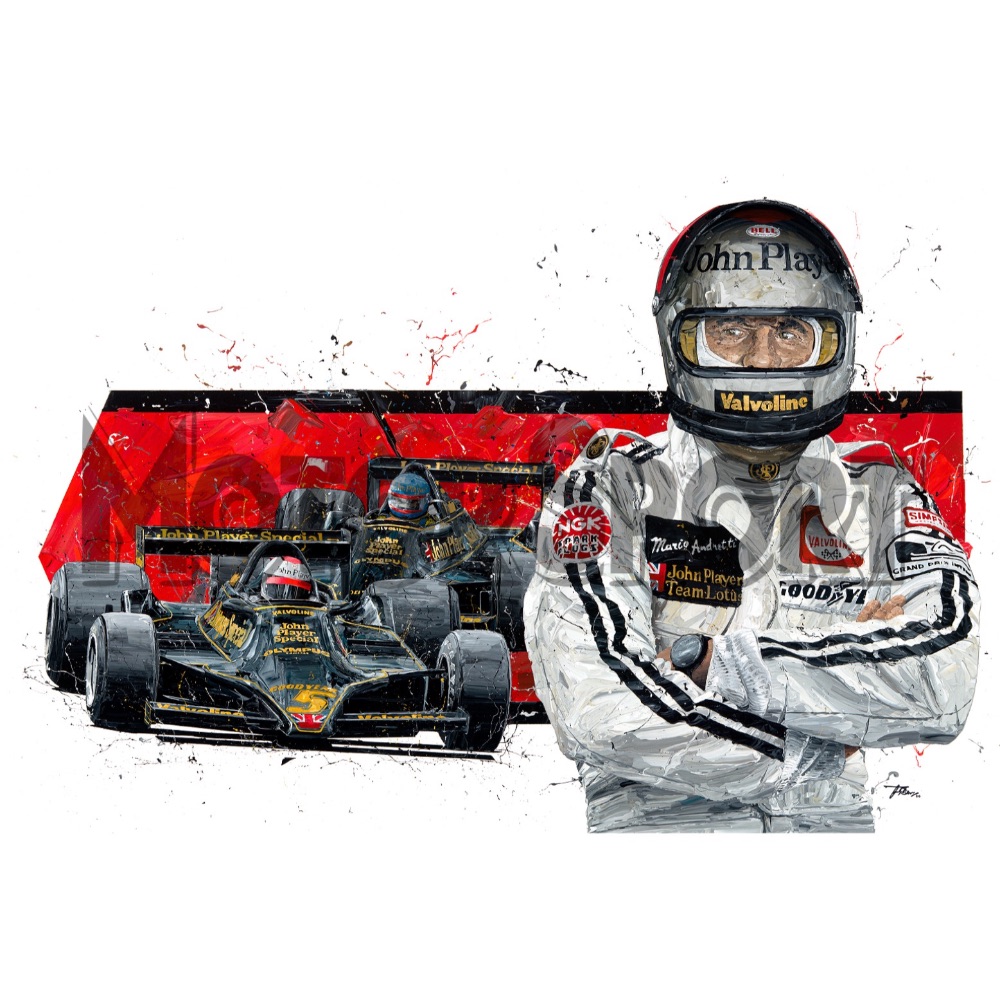 This past Indy came down to a classic clash of age and youth. The draft was powerful enough to make passing possible. The key was choosing the right moment for the final overtake. Alex Palou, making his second start in the 500, clocked his fastest lap of the race while passing 46-year-old Helio Castroneves to take the lead on Lap 196. “I think … we had the fastest car,” Palou said later. “As soon as Helio was passing me, I was able to get him back before Turn 3 or even in Turn 1. I was able just to manage when I wanted to pass him.”

But besides having won Indy three times, Castroneves also had the experience of finishing second three times, so he knew not only what to do but what not to do. As soon as he saw slower traffic ahead, he decided to make his move earlier than he’d planned. “I’m like, ‘That’s it. I’m not going to wait because I need that traffic to pull me,’” he said. “Just like in practice, you have five cars, six cars, everybody lines up, nobody passing each other.”

With two laps to go, Castroneves drafted by Palou. It seemed like there was plenty of time for Palou to return the favor. But before Palou could get to his gearbox, Castroneves caught the draft off Hunter-Reay, the last driver on the lead lap. That was enough to stabilize the gap between first and second, which allowed the Brazilian to win Indy for the fourth time – a textbook case of old age and treachery beating youth and experience.

I don’t know what, if anything, can be done to improve the racing at Monaco. After fielding complaints about this year’s exercise in futility, F1 managing director of motorsports Ross Brawn acknowledged, “We all know the limitations of the track.” As for the Indianapolis Motor Speedway, if it ain’t broke, don’t fix it.