Watch highlights of a packed weekend, including Sato dominating IndyCar as well as season-openers in BTCC, WTCR and World Rallycross 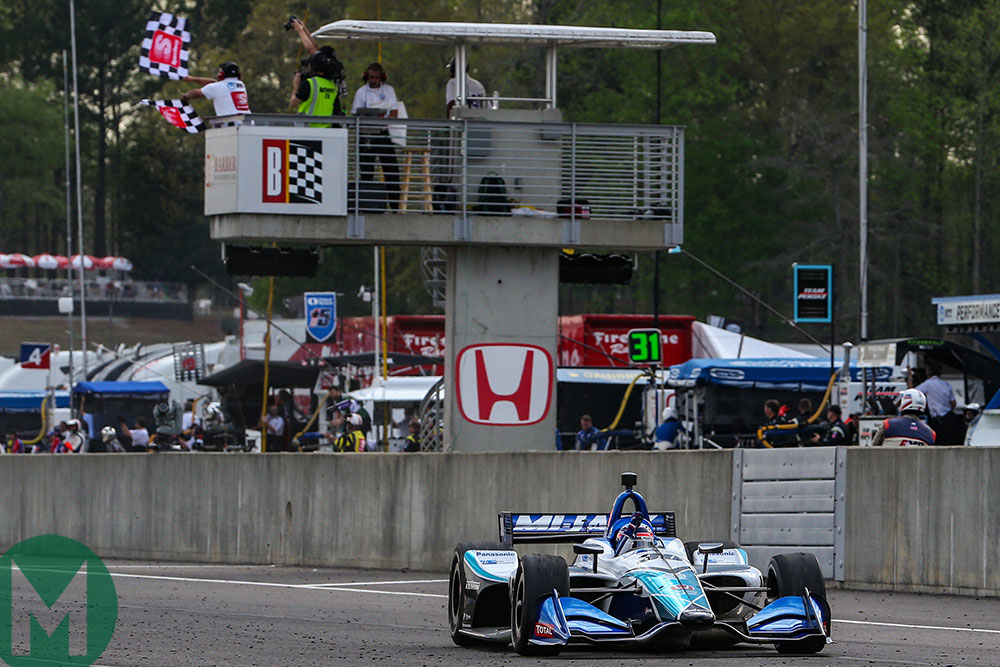 Brands Hatch Indy, Kent: Josh Cook won the opening BTCC race of the season after gambling to start on slick tyres on a greasy track. Andrew Jordan dominated race two while Rory Butcher was handed race three victory, his maiden win, after winner-on-the-road Tom Chilton got a post-race penalty for a clash with Matt Neal.

Bristol Motor Speedway, Tennessee: Kyle Busch continued his superb 2019 form across the NASCAR championships by winning the Cup race at Bristol, his eighth Cup win at that venue. This was despite getting caught up in a second lap crash. The Joe Gibbs Racing Toyota driver recovered to lead with just over 100 of the 500 laps left.

Bristol Motor Speedway, Tennessee: Christopher Bell won the Bristol Xfinity race in a Joe Gibbs Racing Toyota, taking a $100,000 ‘Dash 4 Cash’ bonus with it. He got the win after passing Brandon Jones’ Toyota in the late stages.

Yas Marina, Abu Dhabi: Kevin Hansen took victory in the opening WRX round at Yas Marina as Niclas Grönholm was given a three-second penalty for contact with Hansen, pushing him wide to take the lead. Hansen’s victory was handed to him after the race.