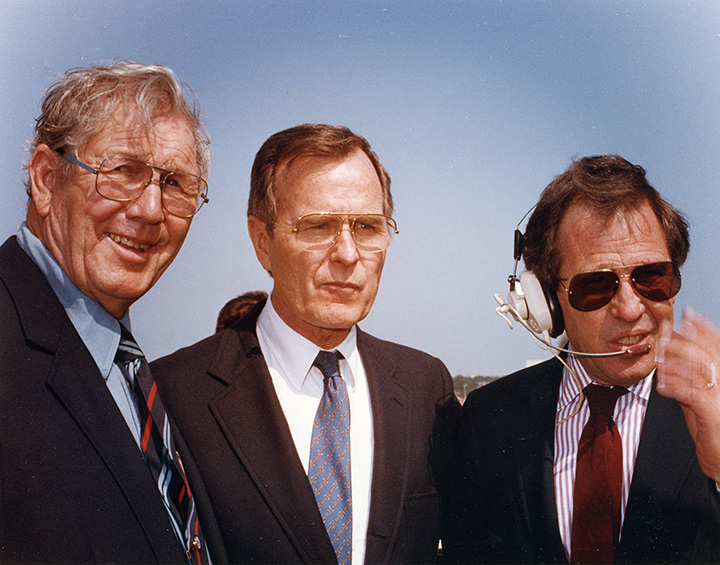 ‘Big Bill’ France ushered American motor racing into the modern era. He was the driving force behind NASCAR and the Daytona International Speedway, the USA’s first modern, high-banked superspeedway.

France grew up in Washington, D.C. He was a mechanic and budding race driver who set out in 1934 to start a new life, driving South with his wife and settling in Daytona Beach in North-Eastern Florida, an agreeable small town beside the Atlantic Ocean. Almost immediately, France started racing stock cars and promoting races.

‘Big Bill’ was a tall man with a looming frame, measuring 6 foot 5 inches, and he knew how to use his physical presence to get what he wanted. France took control of NASCAR at its creation in 1947 from a handful of other key figures involved in stock car racing across the American Southeast.

In the wild world of stock car racing in those days many small regional sanctioning bodies promoted their own races, often in direct competition with each other. Most of these little groups, NASCAR included, were considered outlaws by the AAA, which had ruled all American motor racing since the first decade of the century with the Indy 500 as its unrivalled centrepiece. 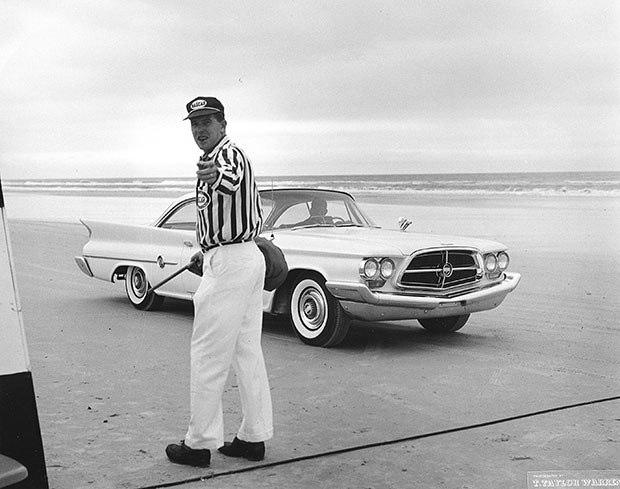 France competed in the first race run in 1936 on a combined beach-road course on Daytona Beach and by 1938 he was promoting the Florida coastal town’s beach-road races as well as competing. He won one of the two races in 1938 and promoted four stock car races on the beach in 1941. World War II interrupted the racing but France was back at it after the war and continued to promote an annual February beach race into the 1950s.

But the beach race was difficult to organise and police. Crowd control was hard to maintain and the race created horrendous traffic jams and caused more and more inconvenience for the residents of the rapidly growing little city.

In April of 1953, France announced his plans to build a new speedway a few miles inland from the beach. His original goal was to open the new, purpose-built speedway in February of 1955, but he would go through many travails before he could find the money and obtain the city and state government approvals to move ahead with his dream. He continued promoting the beach race, but in 1957 and ‘58 he finally found the backing and got the project moving – committing to run the first Daytona 500 on February 22, 1959.

France worked flat-out to build his long-planned dream of a racetrack called the Daytona International Speedway, spending more than five years trying to pull together the support and financing to turn his vision of a 2.5-mile high-banked superspeedway into reality. 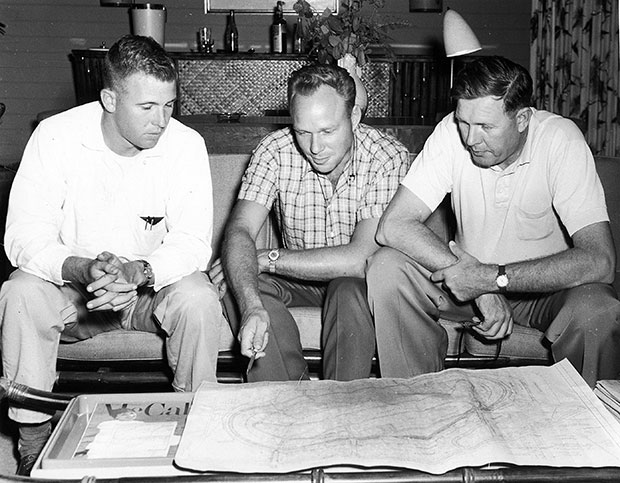 He mustered $750,000 to spend on the project and by working side-by-side with his 25-year old son Bill Jr, the Frances were able to get the new-style track built and ready for action in February of 1959. France and his son helped clear the land, drove bulldozers and supervised the paving operation. Midway through the building project France ran out of money and in order to complete the job he had to engineer a $600,000 loan.

Working uninterrupted through the winter of 1958-’59, the Frances and their construction crews were able to complete the giant, high-banked oval in time for practice to begin on Feb 1, 1959. Daytona was a tri-oval shape and the corners were banked at an impressive 31 degrees.

The inaugural Daytona 500 was run on February 22, 1959, drawing more than 40,000 paying spectators, including 18,500 seated in the only grandstands along the tri-oval section at the start/finish line. In the end, the race came down to a duel between Lee Petty, the 1954 and ‘58 Grand National champion, who would go on to win his third title in 1959, and Johnny Beauchamp, a generally unknown driver from Iowa who raced in the Midwest IMCA stock car series.

Petty and Beauchamp engaged in a furious drafting match over the final laps, joined by Joe Weatherly’s lapped car. The three cars flashed beneath the chequered flag in tandem and Beauchamp’s T-Bird was originally given the victory. But three days later, after viewing still photos and newsreel footage, ‘Big Bill’ announced that Petty’s Oldsmobile was the winner by three feet. The speedway’s successful debut gave NASCAR a grand, season-opening 500-mile race on a spectacular track and helped France solidify his already dominant role at the helm of NASCAR.

‘Big Bill’ handed the keys over to Bill Jr. at the beginning of 1972. Jr. was just as tough as his dad, learning the business from the ground up and making sure he knew everyone in the garage area. He ran it with an equally iron fist for 30 years through 2003 and his tenure at NASCAR’s controls coincided with a 33-year stint by the R.J. Reynold’s Tobacco Co’s Winston cigarette brand as the sponsor of NASCAR’s premier category. Known back in 1948 as the Grand National series, it was rebranded as the Winston Cup series in 1986. In 2004, Nextel replaced Winston and following Nextel’s corporate takeover by Sprint the series was rebranded in 2008 as the Sprint Cup. 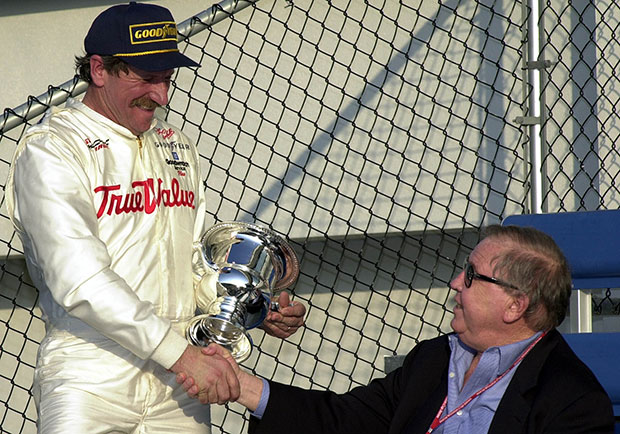 ‘Big Bill’ France passed away in 1992 and Bill Jr. died in 2008 after a long battle with cancer. Bill Jr. had retired in 2003 and his son Brian moved into NASCAR’s chairman and CEO seats. The International Speedway Corporation is a separate, publicly traded, track-owning company, founded by Bill Sr. and run now by Jim France and Bill Jr.’s daughter Lesa France Kennedy. ISC owns 13 racetracks across the United States. Twenty of the 36 Sprint Cup races are run at ISC tracks.

Today, the Daytona 500 is known as ‘America’s Race’ and pulls TV ratings two and three times larger than the Indy 500. Most of NASCAR’s 36 first division Cup races draw big crowds and strong, if declining TV ratings. NASCAR’s current television contracts with NBC and Fox are worth $6.8 billion over eight years, and last year the 36 Cup races paid a grand total of more than $200 million in prize money to drivers and teams.

Without doubt, the dreams, ambition and drive of Big Bill France and his oldest son Bill Jr. entirely and forever transformed the American motor sports’ landscape. Thanks to them, NASCAR has become the brand name for racing in the United States, defining the sport to the average man or woman.