A look back at pivotal previous editions of the Daytona 500, before the 60th race opens the NASCAR Cup Series season on Sunday​ 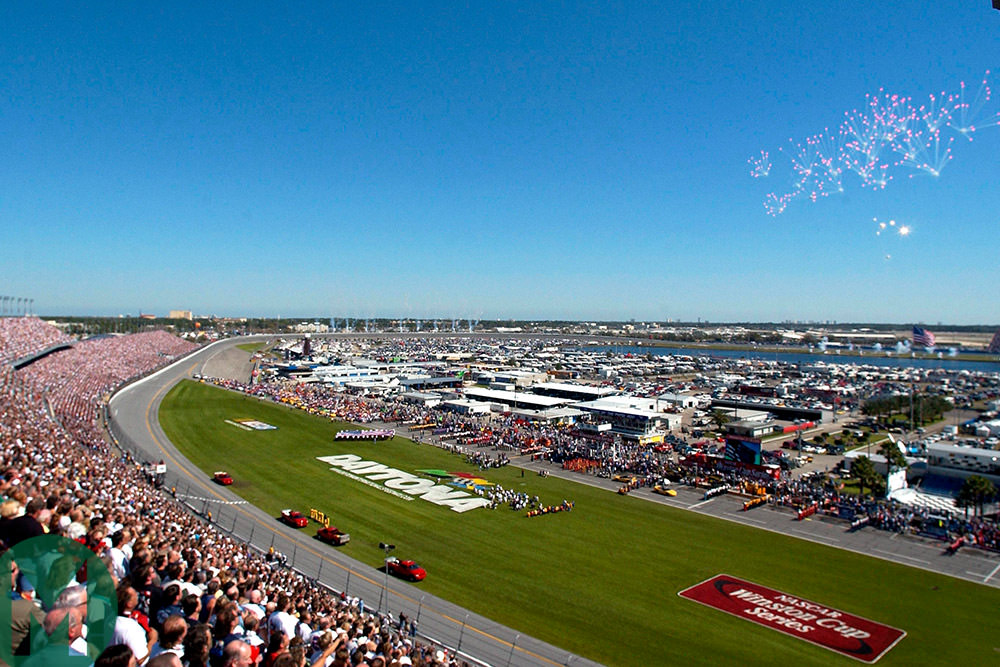 It’s never been harder to distil the past 59 runnings of the Daytona 500 into one greatest hits album. ‘The Great American Race’ has sparked controversy, moments of elation, and the inevitable troughs of tragedy.

It all began on Daytona Beach, with cars getting bogged down in the sand and then launching down the A1A highway for a $5000 prize. NASCAR’s first Grand National race took place on February 15, 1948, two months after France set up the association.

William France Sr spent $2.9 million ($31 million now) to build Daytona in 1958 after Indy officials threw him out of Indianapolis, making their feelings about stock car racing known. A year later, France offered $10,000 to any driver who could make Daytona the fastest track in the world. In his quest to reach 180mph, Marshall Teague risked it all and his car took flight, barrel-rolled off Turn 4 and cost the driver his life. A harbinger of things to come.

Eleven days later, on February 22, 1959, the first Daytona 500 was won by Lee Petty after nearly four hours of racing. It took another three days to declare him the winner – photographs of the finish showed that Petty had finished two feet ahead of Johnny Beauchamp.

Then, in 1960, Junior Johnson inadvertently pioneered the draft, when he latched onto the bumper of polesitter Cotton Owens to take the lead, matching his pace at half-throttle in the low-pressure slipstream created by the leading Pontiac.

“What they didn’t know is that I had discovered the aerodynamic draft,” Johnson later told reporters. Bobby Johns caught up to Johnson’s Chevrolet late on and overtook, but Johns’ back windscreen was sucked out of the car as Johnson drafted furiously behind him. Johnson retook the lead with nine laps remaining and won as Johns spun out.

The same race also witnessed the largest NASCAR Cup crash in history – 37 of the 68 cars were taken out. Calamitous race though it was, the 1960 Daytona 500 winner averaged just 124 mph – the slowest Daytona 500 in history.

Richard Petty cemented the no43’s place in NASCAR’s history books by becoming the first repeat winner of the race in 1966, having first claimed victory in 1964. A year after Petty’s second win, Mario Andretti dominated the event to take his only NASCAR Cup win.

The oil crisis of the 1970s sent shockwaves around the world, and NASCAR too felt the pinch. Richard Petty won the 1974 race; Daytona 500 by name, Daytona 450 by nature with fuel at a premium. Benny Parsons produced an upset in 1975, coming from 32nd to first, hitting the front three laps from the finish – the biggest coup of his career.

The 1979 race, the first 500 to be broadcast live on television, was a milestone for NASCAR with in-car cameras used for a truly immersive experience. It was a race of fitting drama, as Cale Yarborough and Donnie Allison crashed on the final lap. As Richard Petty took the win, grinning as he drank a cup of milk in the pitlane, a brawl quickly broke out on the infield between Allison and Yarborough and the race has forever been known as The Fight.

Petty took a record seventh Daytona 500 win in 1981, a year before the race became the traditional series opener for the Cup Series. Speeds, as in the turbo-charged F1 decade, became frightening, and in ’83 Yarborough ran the first-ever 200mph qualifying lap.

There was no sign of anybody slowing down – Bill Elliott qualified for the 1987 race with a speed record of 210.364mph. Then, mirroring F1’s efforts to stifle the turbo, NASCAR brought in restrictor plates in 1988 – father and son Bobby and Davey Allison took a one-two that year.

Convoluted regulations began to creep in, too, with the 1991 race implementing rules banning tyre changes under caution, and the ‘lollipop’ man from standing in front of a car, in response to the death of a tyre changer at Atlanta in November ’90. The pitlane also had a speed limit with penalties that changed the outcome of the race – Ernie Irvan took the win.

Rusty Wallace’s incredible crash in 1993 seemingly handed Dale Earnhardt Sr the win, but Earnhardt couldn’t make it stick, even though he led 107 laps. Dale Jarett took the lead with one lap remaining, and Earnhardt failed to win the Daytona 500 once again. He finally broke his duck in 1998 and celebrated with a slow drive through the pitlane, high-fiving a hundred crewmembers in a makeshift guard of honour.

Then, tragedy struck in 2001. Dale Sr was running in third, behind his son, when on the final lap he spun through Turn 4 and hit the wall head-on. Earnhardt’s death, at 49, shook NASCAR into action. HANS devices, SAFER barriers and other safety measures were implemented soon after.

Dale Earnhardt Jr won the 2004 July race to leave his crew chief fighting back tears. Broadcasters marked the third lap of the 2011 Daytona 500 with silence, 10 years after Dale Sr’s death.

Danica Patrick, back for her final Daytona 500 on Sunday, took pole for the 2012 race, a race memorable for Juan Pablo Montoya’s rear-ending of a jet-dryer under caution.

Photo finishes aren’t uncommon at Daytona, as evidenced by the first race in 1959, but 2016 was the closest yet. Denny Hamlin and Martin Truex Jr crossed the line within 0.010sec of each other.