One chance, four challengers, plenty of needle – looking ahead to NASCAR’s conclusion 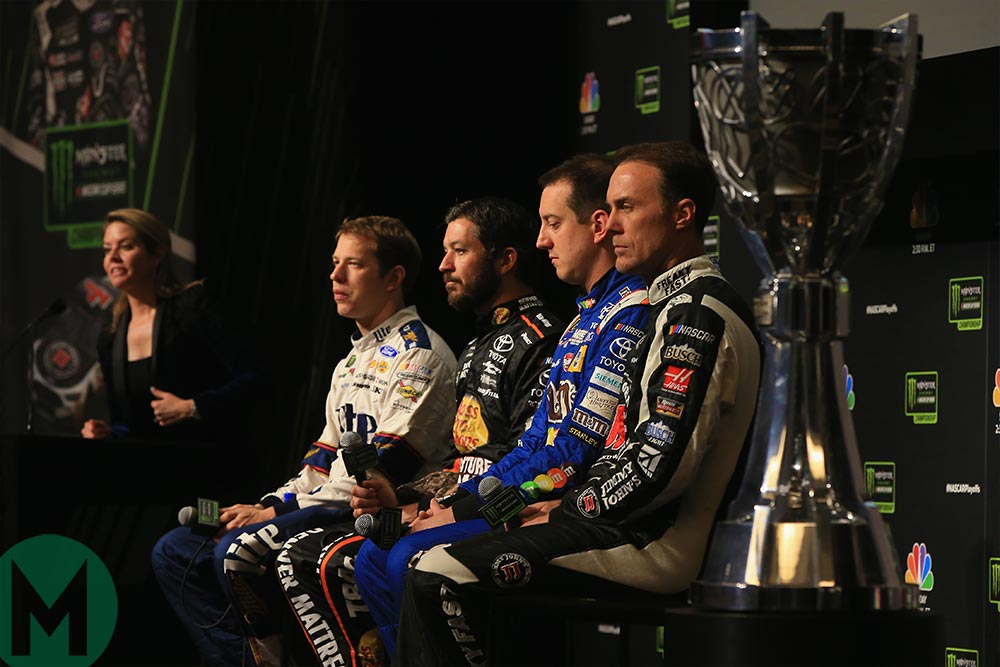 Miss NASCAR’s finale at your peril. The last race of the season promises to be explosive and emotional.

NASCAR is a magnet for clichés, especially in the UK where the focus is on the technological supremacy of Formula 1, and we’re spoiled by a host of circuits with unrivalled heritage and history, and an abundance of developing driving talent. And we can just hop over the channel to venues such as Monza and Spa-Francorchamps.

In contrast, NASCAR seems like a peculiarity, a tedious exercise in turning left. The tropes are endless and tired; this year’s NASCAR finale is worth paying attention to.

If NASCAR is as close to theatre as racing can get, then Homestead-Miami provides a fitting stage. The sun blazes across the horizon and fades away, and suddenly every spark, flame and flash becomes even more pronounced as the race is left to finish under floodlights

So why would you watch the finale, if you’ve not followed the season so far?

Well, simply put, all of NASCAR’s contrivances – rule changes, points tables and penalties – fade into insignificance as four drivers do battle for the NASCAR Cup, and the close competition between them is guaranteed to produce an electrifying final.

Last year, Jimmie Johnson – out of the reckoning this year – won his record-equalling seventh title (tying with the late Dale Earnhardt Sr and ‘King’ Richard Petty, who are both Motor Sport Hall of Fame nominees) from the back of the grid in a chaotic finale.

The now-retired Carl Edwards was in the lead until a crash with 10 laps to go put him out of the race, with the ex-teacher being punted into the pit wall with an appropriately explosive pile-up to follow. The resulting red flag created a piercing silence, a NASCAR trademark, as a wave of anxiety and excitement fell over the Miami crowd.

Johnson pushed through the restart to take his seventh crown and it showed that while a long season of controversies and calamities may have worn down the patience of many, NASCAR’s penchant for putting on incredible finales makes for a sweet payoff.

How the playoffs work

The playoffs is a postseason knockout tournament, which begins with the top 16 drivers from the regular season. A win during the season gives automatic passage into the playoffs, and in fact all 16 drivers had won a race previously this season.

Three rounds of three races awaited those drivers, with four eliminated at each round. Any driver who won a race advanced into the following round. The other drivers to progress needed enough playoff points to avoid elimination.

Their regular season points tallies did not carry over to the playoffs, but those playoff points were retained. Martin Truex Jr won the regular season, and therefore led the playoffs from the beginning with 53 points overall (due to four race and 18 stage wins).

Yes, it’s complicated, but the playoff points no longer matter. Now, four drivers remain in the playoffs, and only the one who wins takes the cup.

This season it’s Truex who’s dominated the season so far, with a monumental comeback from relative anonymity to a full-blown championship push.

His team, Furniture Row Racing, was a straggler, a small team with a furniture business bankrolling its way to mid-pack finishes for the last 12 years. From 2010-15, the squad had taken just two wins over six seasons, with an average finish of 19th to boot.

Truex had been destined for mediocrity, with a 124-race winless-streak between June 2007 and June 2013 providing few reasons to be cheerful. Now, he’s the favourite to lift the Cup and his partner Sherry Pollex, who’s been fighting ovarian cancer since being diagnosed in 2014, will be watching from the infield.

Running against Truex will be Kyle Busch, who recovered from a broken leg sustained from a head-on crash with the inside wall of Daytona at an Xfinity (second-tier) race in 2015, to win that year’s Cup. Busch is an outspoken hothead, one who’s polarising but essential to a sport that revolves around post-race dramas. A notable case of Busch’s fiery temper came at Las Vegas, when he stormed over to Joey Logano’s team and started a fight – the results of which were luckily caught on video – and caught the eye of international media.

His place in the final makes it a salivating prospect, especially considering his collision with Truex at Indianapolis in July led to two of Truex’s crew members being suspended. 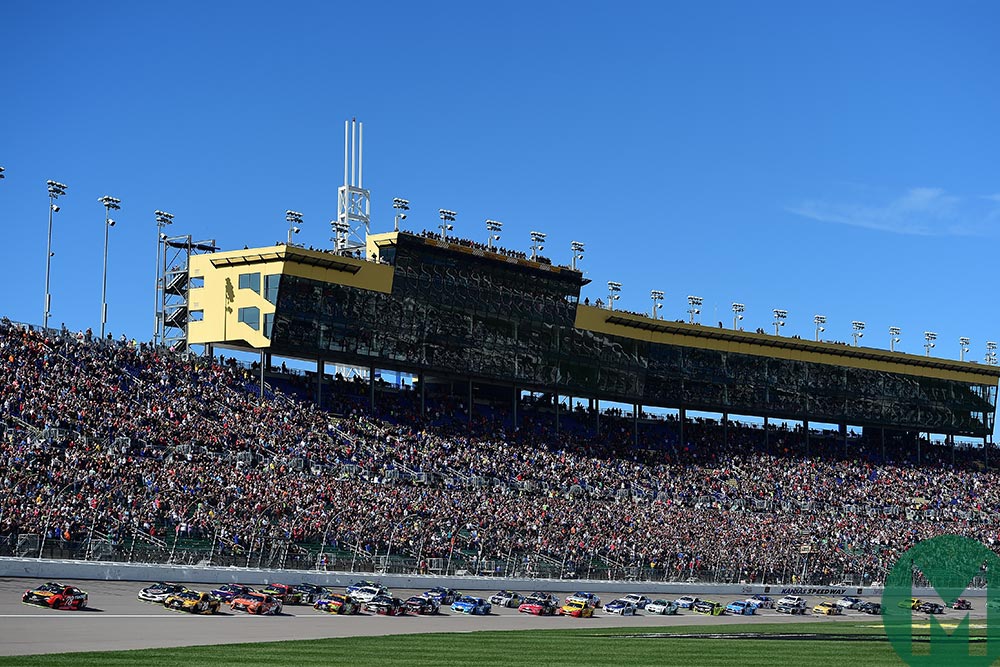 Brad Keselowski made it into the final too, and he and Busch are far from friends. On Thursday, Busch said of his rivalry with Keselowski: “Sometimes you just don’t like a guy. Fact of the matter.”

That animosity will carry over to the track, considering the run-ins that the two have thrown up, including a last-lap crash at Watkins Glen in 2012 and another at Kansas in a 2013 Xfinity race.

Keselowski scraped into the final race at Homestead having booked his playoff place with a race win early in the season. He avoided elimination in each round due to strong performances, and was on the brink of elimination in the final race of the round of eight until Denny Hamlin, who was ahead of him, was shoved into a wall by Chase Elliott, a driver who Hamlin had spun out of victory in an earlier race. Team Penske’s Keselowski managed to gain enough points to reach the final with just a 16th place finish.

Then there’s Kevin Harvick, who’s been something of a dark horse this season, but he took his second 2017 win at Texas (his first win there) to book a place in the final without a working radio contact to crew chief Rodney Childers. Harvick has claimed that he is the “underdog” heading into the final, but those words should be dismissed. Expect a fight from the Stewart-Haas veteran.

Out of those four drivers, the highest finisher wins the championship when the circus rolls into Homestead-Miami Speedway this weekend. There are no podiums in NASCAR anyway, but at Miami the importance of getting a top five or top 10 fades to irrelevance. This really is a case of needing a win, or using your team-mates to block your rivals in order to take a win.

Busch and Truex are team-mates in a sense, as Truex’s team is a satellite of Busch’s Joe Gibbs Racing outfit, with JGR sharing resources and staff with Furniture Row. But that just opens up another layer of intrigue come Sunday.

So there’s a multitude of strategic games at, and while the finale may seem like it’s fulfilling that old cliché of ‘cars just turning left’, the tome of rivalries and conflicts will unravel quickly. Chances are, in the case of those rivalries, it will be more a case of imploding than unraveling if a late-race restart takes out a championship challenger or two.

The best motor sport involves fury, fireworks and terrifying speed and heartbreak. If that’s what draws you to your chosen series, then NASCAR’s finale will too.