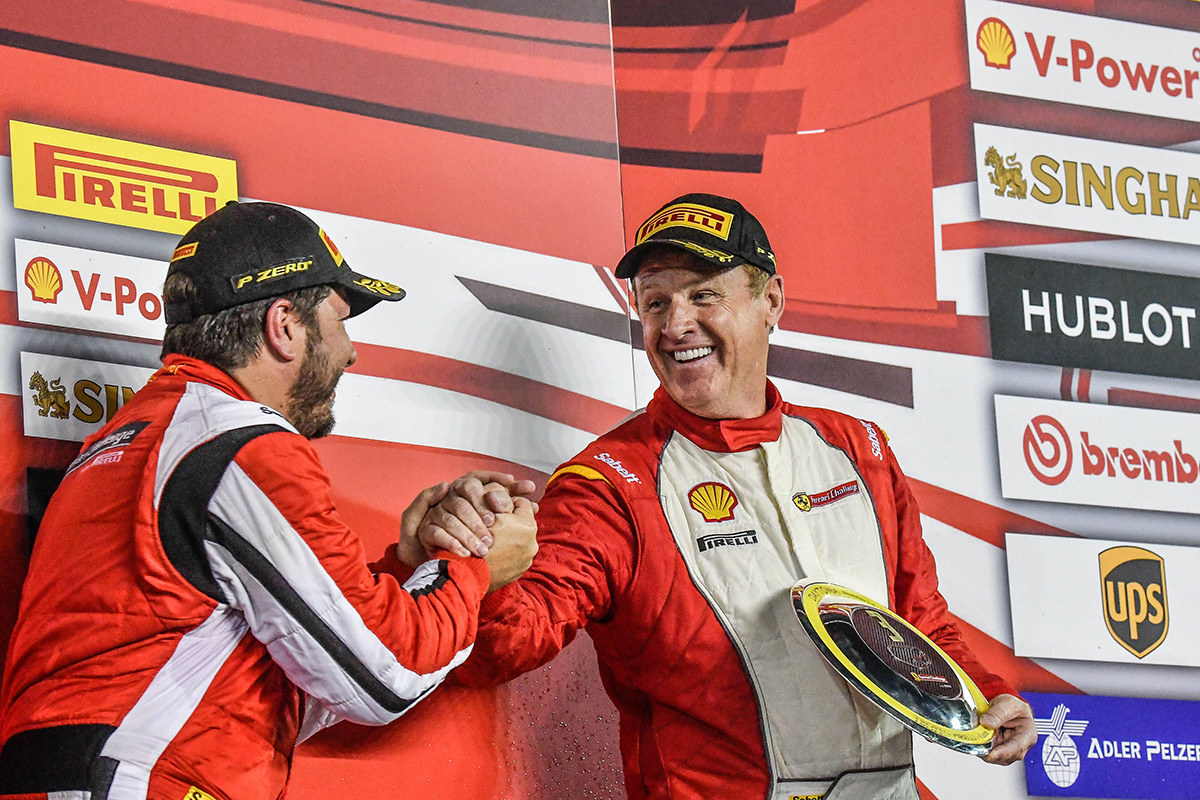 Rusty Wallace is sat in a vast Winnebago, at the Daytona International Speedway, where he is taking part in Ferrari’s end-of-year Finali Mondial event. But there are rules to his attending, sent by his wife.

“One of the conditions of coming down here from my mum is to make sure he didn’t come home with a new Ferrari 488.” his son Greg says.

“I had a Ferrari California but now I have beautiful Z07 ‘Vette,” Dad explains. “It has all the aero kit and it’s a really fast car but everyone was saying, ‘I know what he’s going to do now, he’s going to trade the Vette in and he’s going to get a 488!’”

Rusty Wallace and Ferrari doesn’t go together like Rusty Wallace and Chevy does, the marque with which made his Cup debut with Penske, finishing a remarkable second. Or Pontiac, Ford or Buick.

And yet: “I’m really amazed at how fast the Ferraris are,” says Wallace, now 60, looking over an infield covered in privately owned Ferraris of all sorts, prototypes and Formula 1 cars, road cars and hypercars. “I mean, you talk about a NASCAR, we might run 195 mph around this racetrack and it takes about a lap and a half to get up to that speed, but these doggone Ferraris from the bus stop up to the finish line are up to 191 mph. So they’re really cookin’, they are FAST!

“I wouldn’t mind getting out there in one of the F1 cars. That’d be fun. A few guys have come by and said ‘take my new FXXK out if you like?’ One guy came by and said ‘I wanna drive you and you can ride.’ I was like, ‘dude, there’s no way I’m sitting on the right side of a car, running 210mph with somebody I don’t know!’”

The cars are new to him, but the circuit isn’t. In a Cup-winning career marked with wins as much as crashes – big ones – it was the latter that characterised his Daytona appearances in NASCAR.

“I had some bad wrecks here. Thank gosh I never got hurt. I had some bad runs and I’ve had some really, really wonderful runs. And I’ve had sad days, like in 2001 when I took the last corner on the white flag lap, went into Turn 3 and pulled into third place. Middle of that corner [Dale] Earnhardt got loose and went across my bows, but I never thought that he would have lost his life right there.”

The death of Earnhardt rocked NASCAR to the core; Wallace came third in the race.

“There have been many 500s that I’ve been leading that I thought I would have won, but I was never able to close the deal.” 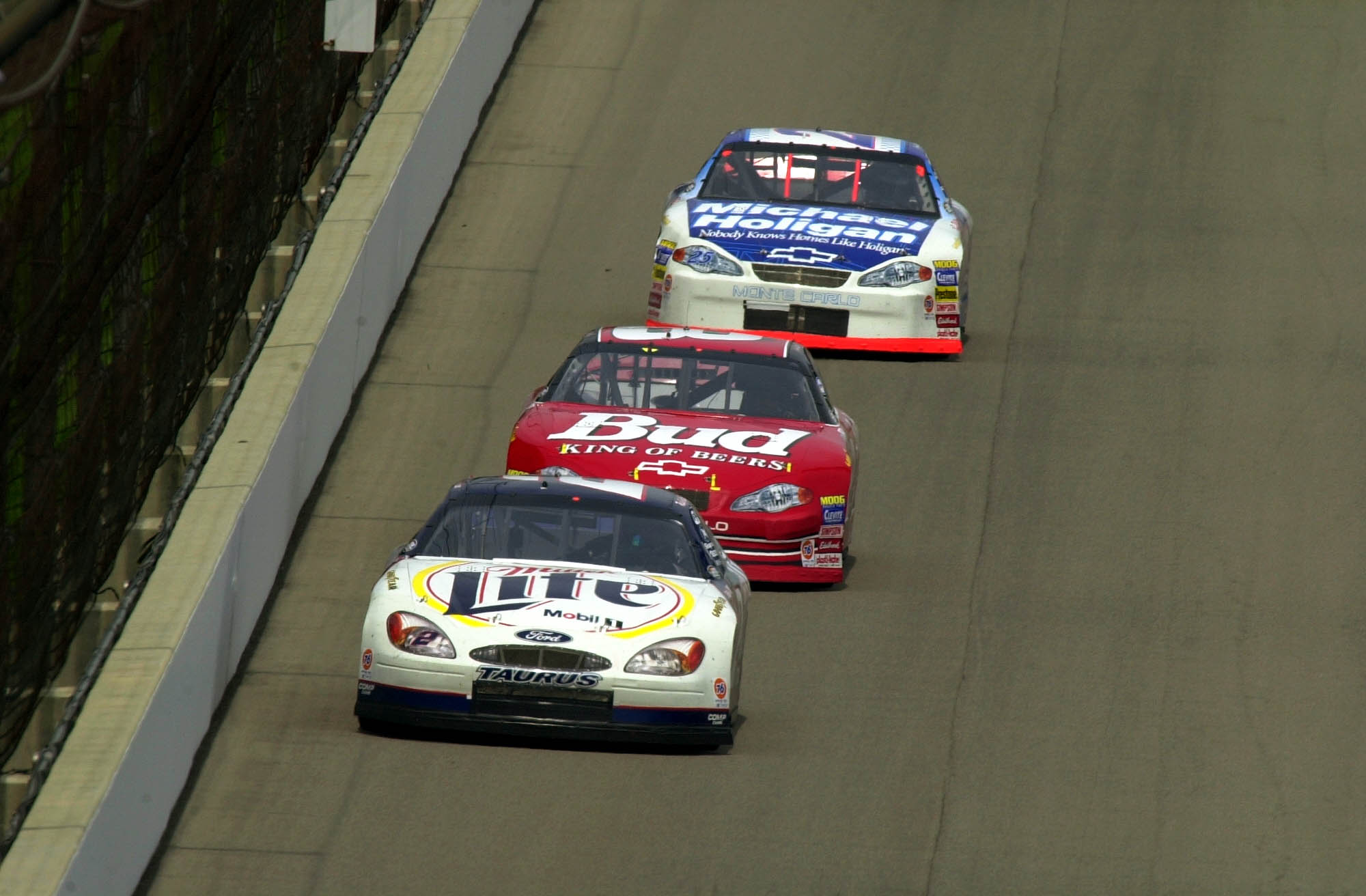 His on-track appearances since ‘retiring’ in 2006 have been fleeting and irregular, a race team was created and disbanded, and a driving experience project rolled out on both sides of the Atlantic.

He is synonymous with NASCAR, though. Except in 2006: “The Rolex 24 was one of the exciting things I did. It was me, Allan McNish, Jan Lammers and Danica Patrick. We were leading at 11pm but lost the engine. McNish taught me a ton.

“You know, I’ve won a load of NASCAR road races – I won the last ever two races at Riverside, Sears Point and Watkins Glen – so when I went down to the Rolex 24 I said, ‘I thought I was a really good road racer until I saw these guys.’ And wow, that just took you to another day! They are so good,” he adds with a slow drawl.

With a podium in his pocket from his Ferrari jaunt (racing with Le Mans runner-up Risi Compeitizione), Wallace seems never far from a comeback. And with talk like that his handler-mode sons’ ears prick up.

“I love doing these one-off events, last year I was in the X-Games driving Robby Gordon’s Supertruck. I was flying 30ft in the sky and going the length of a field, they were so incredible. That was something. But we’ll see what the water cooler talk is. It’s like ‘Hey, call Rusty, see if he want to do that’. Let’s see if that happens!

“These cars are more of my liking. I gotta get a little quicker, but, y’know, if I got a shot to run with a really good team at the Rolex 24 as a fourth driver…”

Time is running out for the 2017 edition. But with Wallace, just like in his career, you know he’s thinking ‘there’s always next year’.