“I’m going to talk to you about the twitch and the fully fledged spin out. OK?” OK Blair. “The twitch is when the rear end of the race car comes round and then flicks back in line just like that. It pops out and pops right back in, it corrects itself. You really can’t do anything about that.” 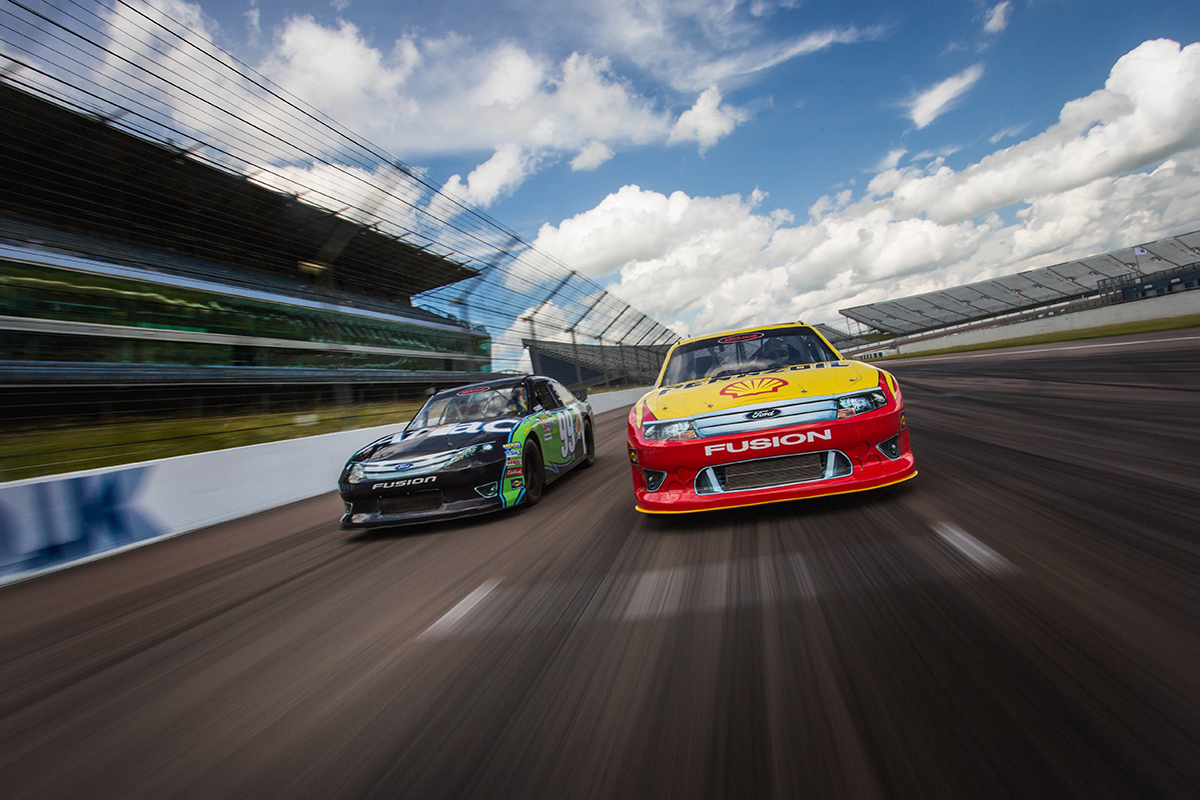 “The full spin out is when you’re driving down the race track and the rear end starts to come around.

“I don’t want you to try and save it because here’s what’s going to happen if you try and save it… It’ll shoot you straight up into the cement wall. Don’t try and save the spin. Spin out down the way and we’ll come to you. You’ll probably have to change your suit because that will be soiled.

“My job is not to scare you, I’m telling you real-world scenarios here.”

It’s with these words ringing in my ears that I take a look round the room of journalists. Yep, everyone seems to be as panicked as I am. How do you stop yourself turning into a slide? Last year I took my sister out into a field in Scotland in a 176,000-mile BMW 3-series because she wanted to learn to drift. The task ahead was a big one, but in the first corner she gave it some throttle, the back stepped out and without me saying anything she corrected it before saying “That’s epic! Let’s do it again!” The point here is that it’s something we do without thinking.

No matter – the chances of me doing speeds that would mean the car slid around were highly unlikely. By now Blair is talking about what happens in an emergency: “You are going to have a full-face helmet and a HANS device on. You can’t look down so before you go out I will take your hand and put it on the locking device for your belts. 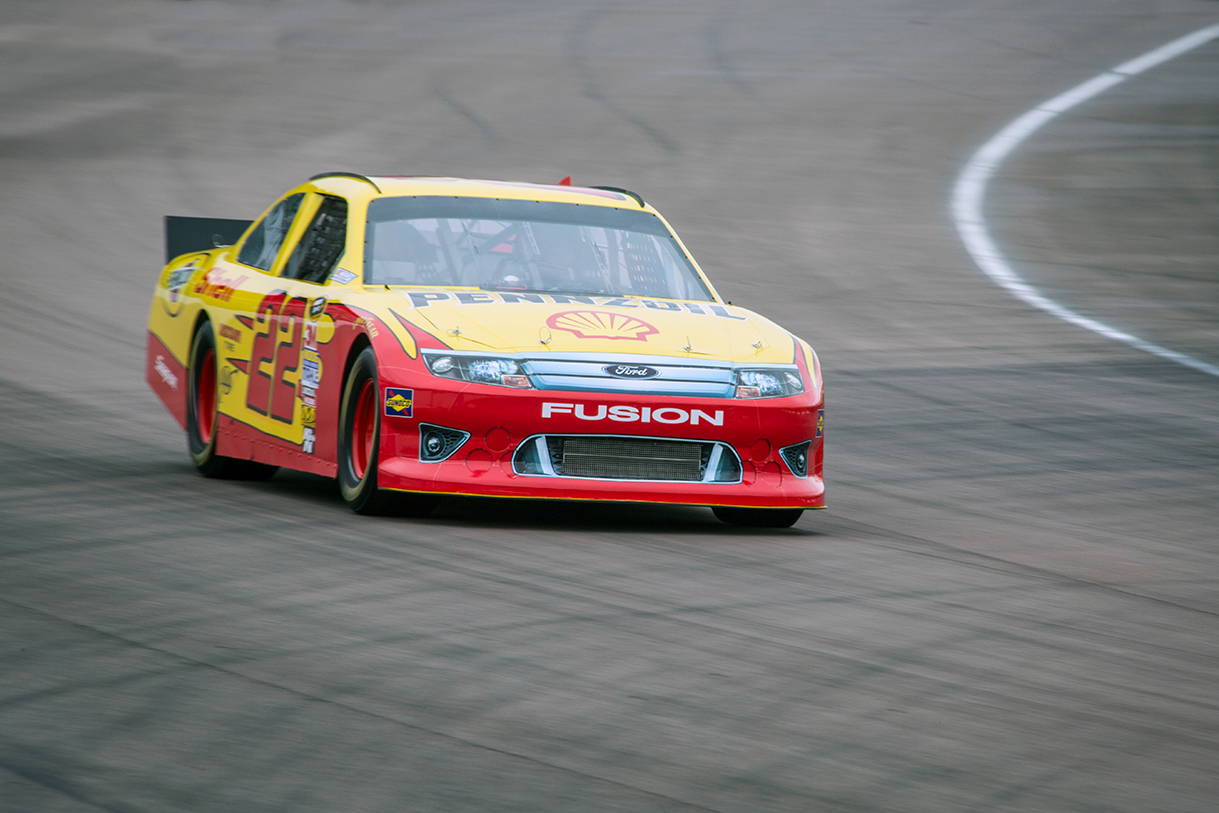 By now we’re all wondering what on earth we’ve let ourselves in for. Never has the desk back at Motor Sport HQ looked so inviting.

This is a new Rockingham-based experience in which you can drive a proper NASCAR with no instructor beside you. All you have is a spotter in your ear guiding you through the process. The only change to the cars from those actually raced in the Nationwide is that the engine is taken out and replaced with a 500bhp Chevy unit which lasts a bit longer than a pukka race one. There’s also a rev limit which means that you are limited to 155mph. Prices start at £63 (when you drive with an instructor beside you) and go all the way up to over £3000. The latter includes 80 laps of Rockingham.

Blair currently has a stable of 12 cars and has more on their way. Having spent 20 years with Petty Enterprises working on the number 43 and 45 race teams he moved to the Richard Petty Driving School after which he started the Rusty Wallace Racing Experience. He sold that and set up ARCX, which has been based here permanently since the start of the year. He moved from Los Angeles in December and now lives in a three-bedroom house in Oakham where he also works on the cars that have just arrived. What the residents of Oakham think I am not sure.

It’s not a quick money-making scheme as his tyre bill alone for the year comes to $100,000. The engines only just last a season – even in their detuned state – and there’s also the fuel bill, insurance, the small problem of actually buying the cars and all the other myriad costs that go with a business like this.

However, this is a proper ‘I can’t believe I did that’ experience. No, you will not emerge after eight laps with the ability to challenge Jimmie Johnson. You won’t even be able to slide the cars around with abandon after that time. That’s not the point, though – the point is to get a feel for what a NASCAR is like to drive. 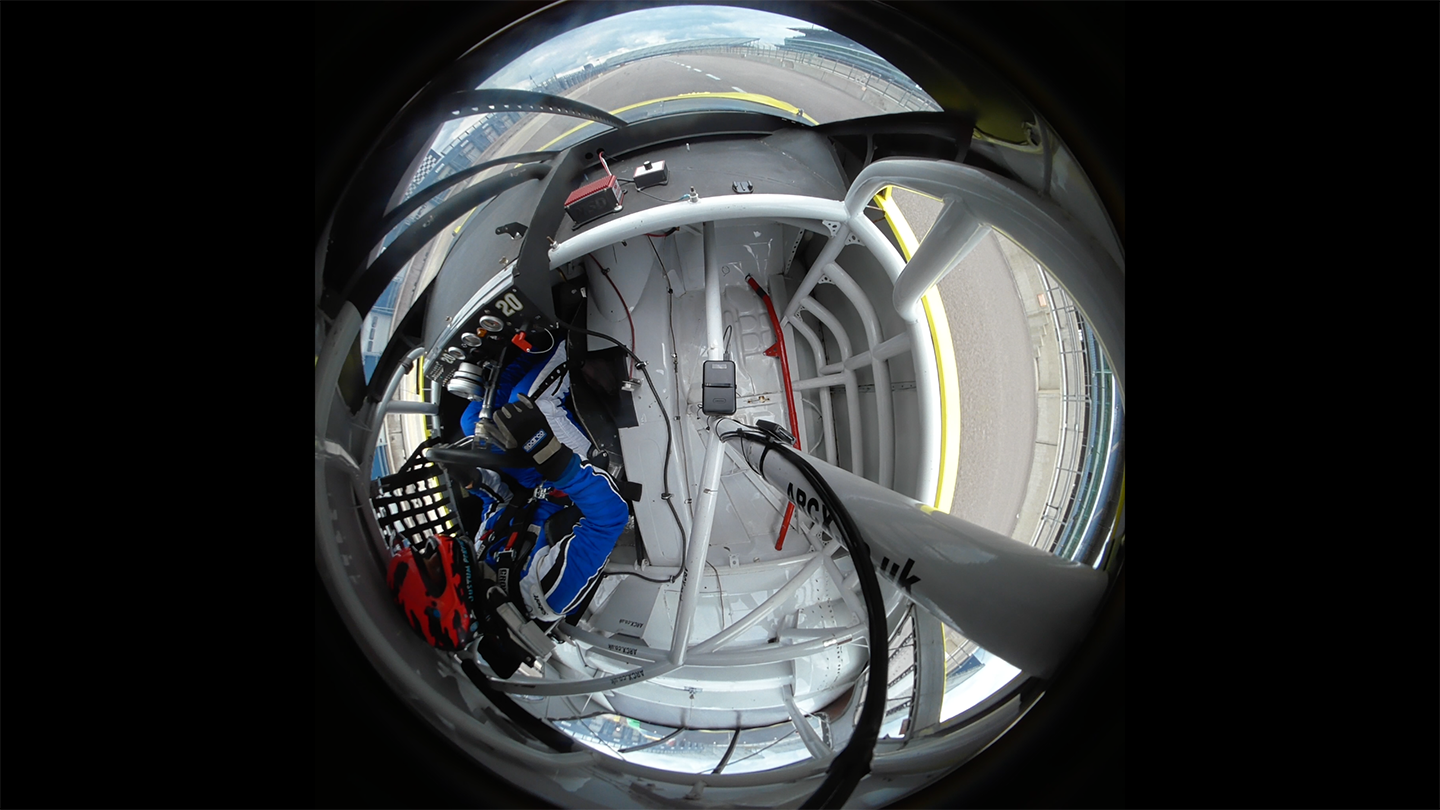 First up is the passenger ride in a car without a limiter. The two laps are a haze of noise, heat and sliding around. It only makes me more apprehensive about actually driving the things. The noise is amazing – especially when you come out of a turn and the side exhaust blasts against the wall and back into your side of the car at 170mph. It sounds like Brian Blessed has been kicked between the legs.

Once I am finally in the car (the ‘climb through the window’ act is quite a proceeding when you’re my height) it’s actually very spacious inside. I get strapped in and once the ear pieces are in place I am rolling down the pitlane with Rob, the spotter, in my ear telling me to get into fourth and leave it there. Which is lucky because the gearbox feels like someone’s dropped a hand grenade in there.

Out on track it’s amazing how quickly you relax and quite soon you’re on the rev limiter at the end of each straight. Rob is constantly in my ears telling me what I should be doing and even after three laps it starts to feel a little less daunting. Still miles from the potential of the car I peel into the pitlane. I try and find another gear, give up and coast to a stop in neutral.

Would I pay £499 to do eight laps? It entirely depends what I earned… And also how much of a NASCAR fan I was. But yes, I think I would. It’s totally mad and very different. You can find out more details here: www.arcx.co.uk.