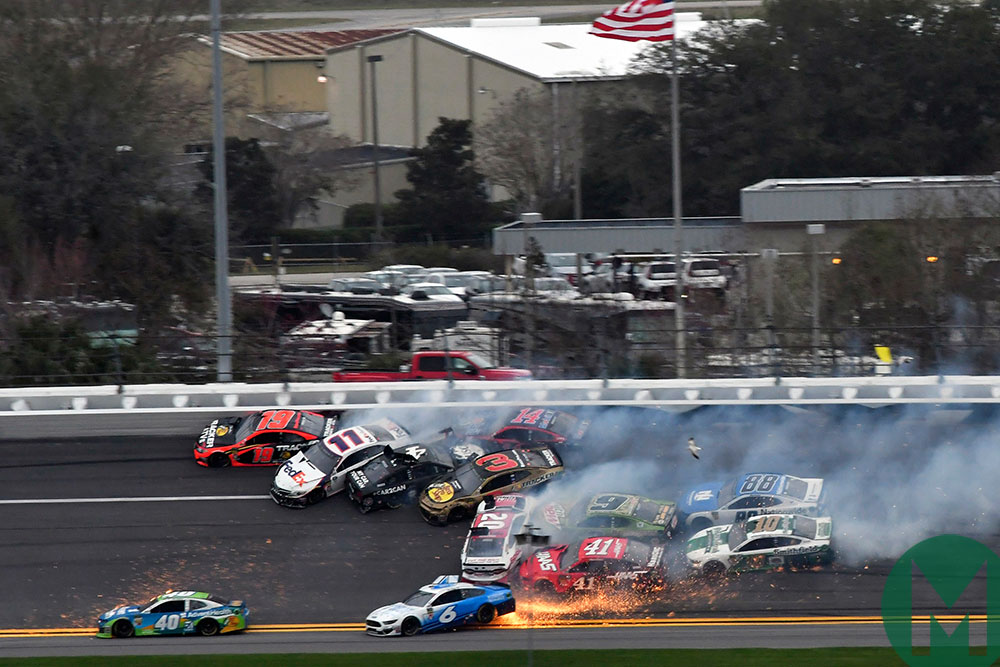 The race was stopped three times due to rain and the final stoppage arrived shortly after the sizeable shunt. Poleman Paul Menard had dominated the invitation event made up of 2018 polesitters and previous Daytona winners, until Johnson’s attempt to take the lead from him removed Menard’s Ford and several others.

US Bank Stadium, Minneapolis: Cooper Webb and Austin Forkner took the main honours in the sixth round of the 2019 AMA Supercross Championship in Minneapolis, as Webb bagged the 450SX win while Forkner claimed 250SX East class victory.

Webb moved past Joey Savatgy in the second half of the race to take his third win of the season, and move within a point of Ken Roczen at the table top. Forkner meanwhile dominated his class and leads the 250SX East table.

Taupo, New Zealand: The titanic title fight between Marcus Armstrong and Liam Lawson continued in the season’s penultimate meeting which took place in the weekend before last. It contained last no fewer than four races as the feature race that wasn’t held at Teretonga was added.

Armstrong entered the weekend with a 34-point table lead but Lawson spent the weekend eating at it, winning race one then getting a second place and two thirds from the remaining races. And while Armstong won the weekend’s final race he could only manage a third and eighth otherwise, and was not classified in race two after his front suspension failed which was compounded by starting race three from the back. It all resulted in Lawson leading the standings heading into the final three-race meeting at Manfeild.