Watch highlights of a packed weekend of racing action, including WEC and IMSA from sodden Sebring and Kyle Busch making NASCAR history 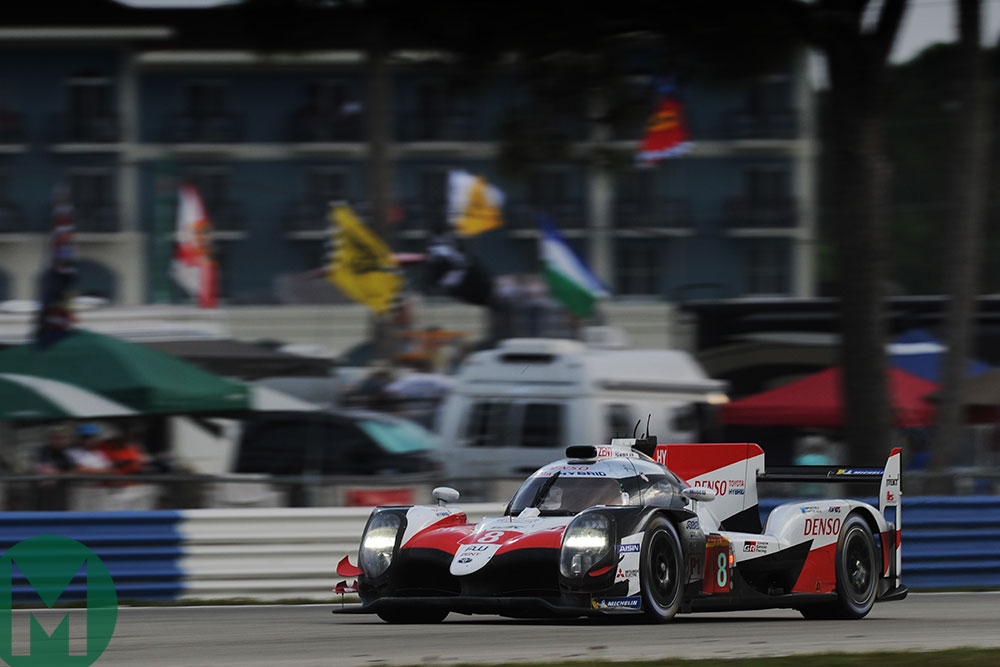 Sebring, Florida: Fernando Alonso, Kazuki Nakajima and Sébastien Buemi’s no8 Toyota took victory in a dry-then-wet Sebring 1000km, the car’s first win since the Le Mans 24 Hours. As anticipated Toyota dominated and it was a close fight between its two cars, but the crucial moment was when José María López in the no7 made contact with an Aston Martin and lost two laps with the resultant repairs.

Sebring, Florida: The Sebring 12 Hours was also hit by heavy rain, ensuring several interruptions, yet in among it all Action Express Racing’s Felipe Nasr, Pipo Derani and Eric Curran had an almost immaculate race to win, and led home a Cadillac 1-2-3.

Fontana, California: Kyle Busch made history by taking his 200th NASCAR win, and did so appropriately with a dominant performance. He won all three stages and led 134 of the 200 laps, despite having to overcome a penalty for pitlane speeding.

Fontana, California: Busch had to wait an extra day to claim his double ton, as he settled for second in the Xfinity race. Cole Custer in a Stewart-Haas Ford kept Busch at arm’s length to win at his home track, and this was his third career win. An earlier pit problem had sent Busch to the back.