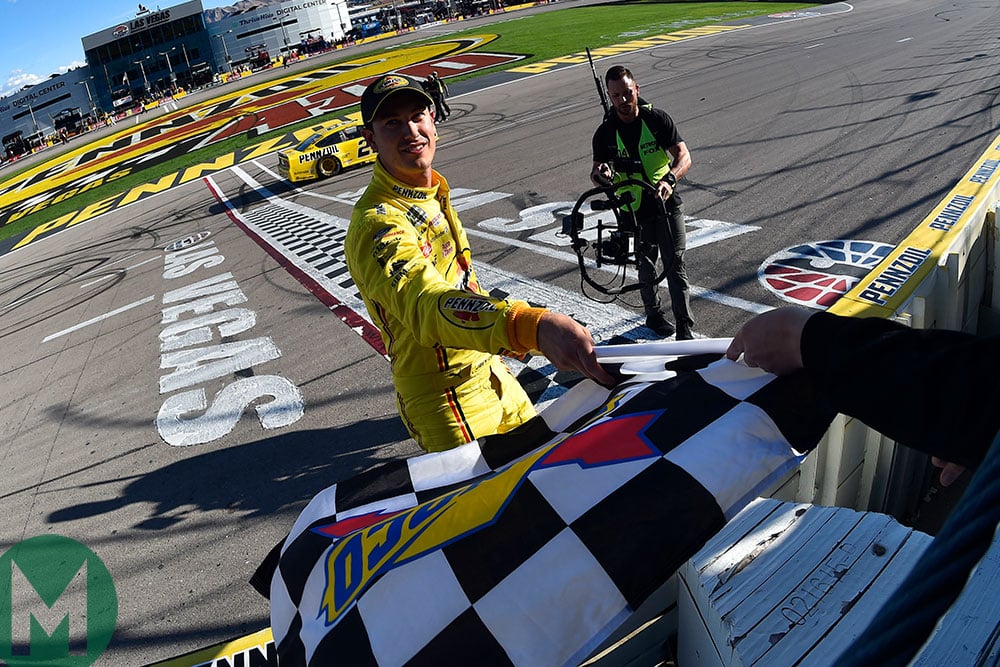 Las Vegas, Nevada: Reigning NASCAR Cup champion Joey Logano took Las Vegas victory, making it two wins from two this year for the new Ford Mustang as well as two from two for Penske. And it was the winner of race one, Logano’s team-mate Brad Keselowski, whom he to hold off to the line.

Las Vegas, Nevada: Kyle Busch had to make do with third place behind the Penske pair in the Cup race, but he made up for it elsewhere during the Vegas weekend. He won the Xfinity race after recovering from a lap down due to sustaining a loose wheel; a strategic gamble helped him back to the sharp end and he triumphed after two overtime periods.

Las Vegas, Nevada: The Xfinity win made it two wins from three for Kyle Busch in his hometown as he also won the truck race. For the second time in a week in that series he dominated – taking both preliminary stages before claiming victory after leading 111 of the 134 laps.

Adelaide, South Australia: Reigning Supercars champion Scott McLaughlin claimed two wins from two at Adelaide, and with it took another triumph for a brand new Ford Mustang. His race one victory, an effective lights-to-flag win, was the first for a Mustang in the series in 46 years and on its debut; then for good measure he won race two comfortably as well.

"The more things change, the more things stay the same," says Warrick Scott, the grandson of NASCAR's first African-American driver, as he reflects on recent and ugly events unfolding in…

An FBI investigation into a noose found in the garage stall of NASCAR's only black driver in the Cup Series, Bubba Wallace, has concluded that the rope was not part…

After a moving opening ceremony that preceded the race in support of Bubba Wallace, a rain delay and frenetic action for almost every one of the 191 laps, Ryan Blaney…