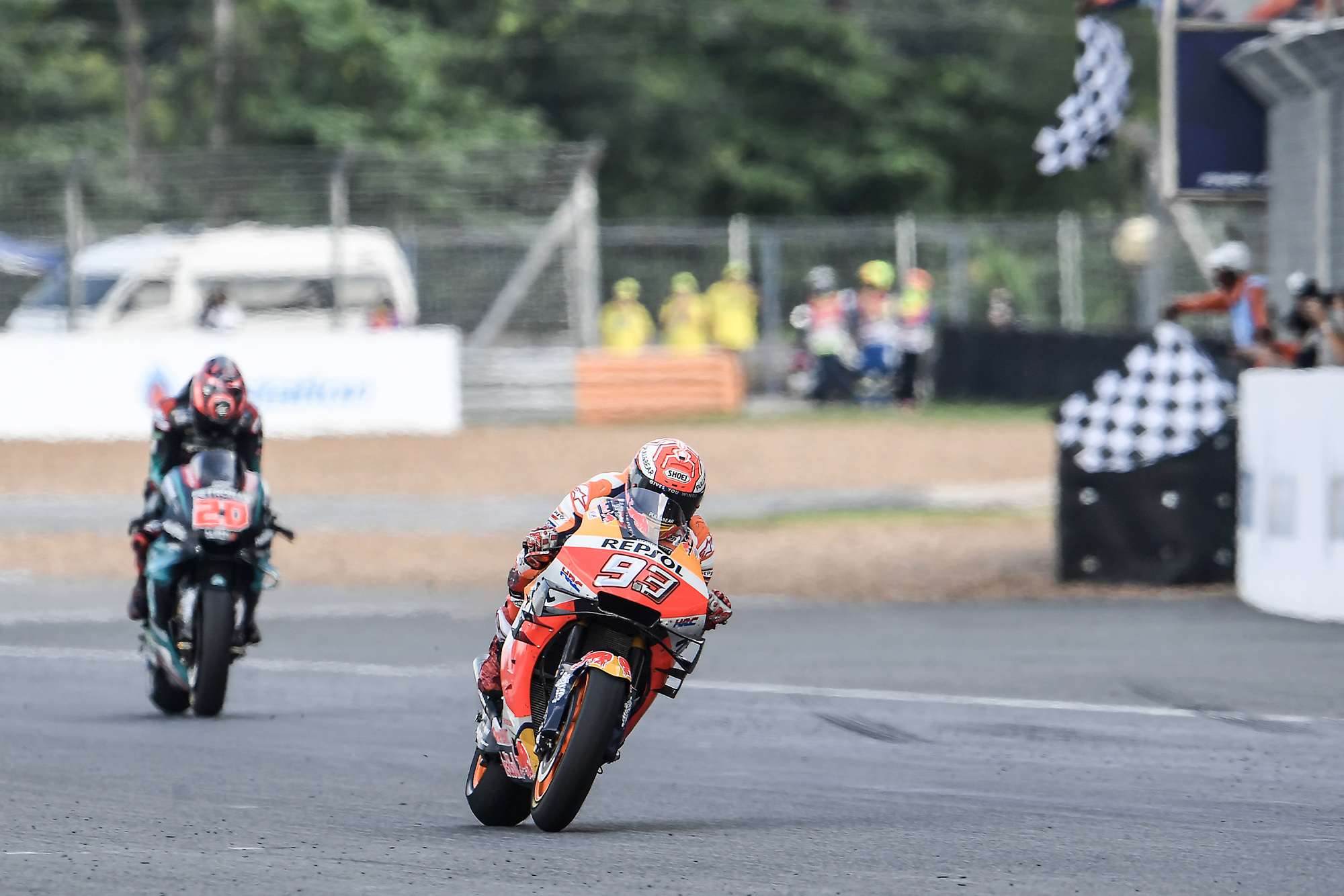 Marc Márquez takes victory to secure his eighth championship title with yet another dramatic final lap of action. The Spaniard wins his battle with Fabio Quartararo to put an exclamation point on his title triumph with victory.

Kyle Larson secures his spot in the final eight of the NASCAR Playoffs with victory at the ‘Monster Mile’. Martin Truex Jr controls the middle stages of the race but a slow pit stop eventually ends up costing him the win.

Toyota takes another one-two on home soil with the No. 8 crew of Sébastien Buemi, Kazuki Nakajima and Brendon Hartley the winners. Racing Team Nederland and Aston Martin Racing also take victory in their respective classes.

Rene Rast and Nico Müller took wins in race one and two respectively on the final weekend of the 2019 DTM season. Super GT’s were racing alongside their DTM counterparts, with Jenson Button finishing a respectable ninth as the highest-placed Super GT runner.