TII E exceedingly spacious Vauxhall Friary V elox Estate car which MOTOR SPORT tested last month is far from being a sports or even a sporting car, but it represents an extremely good load carrier which could form a useful adjunct to the racing motorist’s stable.

This season. Formula Junior racing is going to occupy the attention of a lot of drivers and, unlike sports/racing cars, these 1,100-c.c. single-seaters cannot be driven to and from race meetings. The Vauxhall Friary Velox makes an admirable tow-car, with an enormous generosity of stowage and passenger space within. Withal!, it is a handsome vehicle. In short, it can fill a useful role in the motorracing firmament.

Although outwardly it appears an ungainly car, it is no longer than the Velox saloon. The handling qualities are such that the driver becomes quite unaware of its overall dimensions when negotiating heavy traffic or swinging round corners. Naturally it doesn’t handle like a sports car. Considerable roll being evident to the ambitious, but it sticks to the road well and the steering is commendably light and responsive. It is geared three turns, lock-to-lock; or four after sponge has been overcome, and there is practically no kick-buck or vibration. Tight cornering is aided by strong but not vicious castor-return -action.

Another factor which makes the driver unaware of the bulk of this Friary estate car is the excellent visibility through the wrap-round windscreen, although this is obtained at the expense of that kneecatching shoulder over the front-door aperture, while the wipers leave rain in the centre and at the sides of the screen. Window area is generous and there are small opening panels with thief-proof catches ahead of the front windows. These are of unusual shape, with the catches at the top.

The passengers are accommodated very comfortably on Vynideupholstered bench seats possessing wide folding centre arm-rests. The back seat squab folds flat to increase the length of the already very big luggage platform by 22 in., access at the rear being through a self-prepping lift-up lockable panel, which opens through some 120 deg. This is an excellent arrangement giving the maximum amount of space for loading and some weather protection while doing so. The 11:Irit wheel is recessed under the flat floor of the boot. This Friary clax is provided With a towing attachment and there is prevision for plugging the leads from the trailer or caravan lamps into the number-plate lamp wiring: the only -improvement would be captive bolts so that the nuts could be released with a single spanner. Wing mirrors arc provided and the doors all have internal sill locks, and irress-button external locks with handles, while the bonnet springs up automatically. The brakes work well, providing powerful retardation for firm pressure on the pedal, but several heavy applications cause fade which upsets the balance of the braking. The three-speed gearbox is controlled by a left-hand steering-column lever (spring-loaded to the top and third-gear locations, which are below first and reverse) which is rigid and pleasant to operate. with good synchromesh on all three ratios. There is no reverse guard but at least this makes for rapid manoeuvring; the change front bottom to seeond gear also goes through rapidly. More ” feed-back ” on the part of the clutch

and accelerator would aid smooth starting from rest. The pull-up handbrake is splendidly placed for the left hamd and easily released by turning the handle, and the self-cancelling direction flashers are conveniently controlled by a right-hand steering-column stalk. There are warning lamps for full-beam, coil, ignition and both flashers.

The heater is extremely effective, even without using the noisy screen demisting blower, -and the Vauxhall is well equipped, with two-speed self-parking wipers, the control for which incorporatesa screen-washer button, two fog-lamps controlled independently from a single switch, radio, twin visors, and an interior lamp with courtesy switch on the front doors (a switch for the rear doors is available as an extra). The lamps and ignition switches are set at a slight reverse angle low down under the facia, which is mildly inconvenient, and there is a blatant born operated by depressing the steering-wheel knob. Instrumentation consists of two hooded dials before the driver—a 100-m.p.h. ribbon speedometer on the left with total mileage recorder (with decimal markings). but no trip, and a matching dial on the right combining the dutiesof ammeter, fuel gauge and water thermometer, all these readings having extremely vague calibrations and the fuel gauge being apt to vary in its readings to the extent of three gallons or so when the tank is becoming empty. There is A wide but rather shallow rear-view mirror.

The engine provides good acceleration and a high cruising speed with very little noise or fuss, and it starts promptly under the influence of an automatic choke.

There is ample stowage for small objects, the facia containing a deep cubby-hole with push-button metal lid (lock extra), while there is a small unlidded cubby-hole for the driver and map containers on both sides of the scuttle. The facia contains a drawer-type ash-tray, with another for the rear-seat passengers. There are small side armrests on the doors, and the front windows wind down with only If turns of the handles. A single knob controls side and headlamps, with foot dipper, and rotating this knob one way brings in rheostatcontrolled panel lighting; turning it the other way lights the bright interior lamp. With the boot lid up the number-plate lamp illuminates the interior. The doors shut nicely and have strong” keeps,” and not a trace of rattles or squeaks emanate front the bodywork. Continued on page 276

EA R NI IVG ITS K EEP!—Last year MOTOR SPorerfound the Vauxhall Victor Estate Car to be a very useful vehicle. We have since formed a similar good opinion of the Vauxhall Friary Velox Estate Car, which is a very impressive-looking vehicle, with a commendably low roof-line.

In the picture it is seen towing a trailer containing a 1922 Rover Eight and many spares—it took this load smoothly over the hills between. Dorking and Guildford without recourse to bottom gear.

Enough has been written to show that this big Vauxhall Friary Velox estate car, with its eye-catching appearance and low roof-line, is extremely well equipped. Some of the items mentioned are extras and, in fact, there is an extremely complete range of such additions for all Vauxhall models.

We did not take performance figures, but indicated speeds of 35 and 60 m.p.h., respectively, come up very quickly in the indirect gears and the maximum in top is in the region of 85 m.p.h. The Friary version has heavy-duty rear springs and appropriate tyres. The floor and walls of the luggage compartment are lined with foam, backed Armoride.

For those. with a trailer or caravans to tow, or who require the maximum of luggage and passenger accommodation allied to pleasant handling qualities and good performance. the Vauxhall Friary Velox is an admirable vehicle. The price is £1,222 5s. 10d. inclusive of purchase tax, but heater, radio. etc., are extras.—W. B. 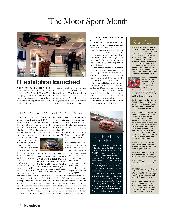 Turbo era comes to an end in WRC

Ever since the Audi Quattro brought turbocharging and 4WD to the World Rally Championship in 1981, that combination has dominated the sport. The World Rally Car was introduced in 1997… 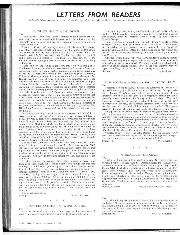 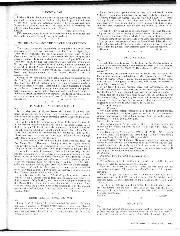 N.B.—Opinions expressed are those of our Correspondents and Motor Sport does not necessarily associate itself with them.—Ed. Another Happy B.M.W. Owner Sir, I read the letter from Mrs. Sheila Galbraith…

Every high-end car marque from Aston Martin to Lamborghini, from McLaren to Ferrari and from Porsche to Jaguar is represented by an equally high-end watch partner. But what about the… 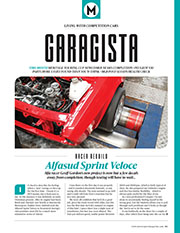 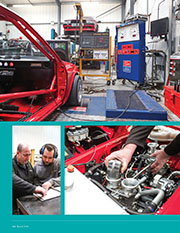 Alfa racer Geoff Gordon’s new project is now but a few decals away from completion, though testing will have to wait… It’s hard to describe the feeling when a ‘new’…