up to 3 litres was run off in two separate heats, all competitors starting in both races and the addition of times providing the final classification. While Hawthorn and Farina were chalking up further victories for the 2i-litre Ferraris, at Rotten, Ascari and Villoresi were practising with the new four-cylinder and twelvecylinder 3-litre sports cars. Having travelled through the night by train, the Rouen victors just had time to do a few practice laps on the morning of the race before taking part in the first heat. They were offered two open models; one a new four-cylinder and the other a twelve-cylinder, and in the general rush Hawthorn chose the four-cylinder as it seemed the better machine ; however, in the race Farina’s car was much faster on the straights and it turned out afterwards that the English lad had a 2i-litre engine and not a 3-litre. Ascari drove an open four-cylinder 3-litre, Villoresi a twelvecylinder 3-litre saloon, Hawthorn the open 21-litre and Farina the open twelve-cylinder 3-litre. Opposing them, apart from numerous private Ferraris., were two open two-seater Lancia 2.9-litre V8 models. driven by Gonzalez and Bonetto, and a saloon model driven by Manson. Bordoni and Casella had six-cylinder Gordinis that they ran in the Milk Miglia.

In the first heat Ascari was put out when he collided with another car when lapping it, he being unhurt, but the car too damaged to continue, and after a fierce Lancia-Ferrari duel Villoresi finished the victor after Gonzalez had retired on the 21st lap. With two of the champions out of the running, the second heat was a repetition of the first, Villoresi again being the winner, so that he was undisputed winner of the general classification. 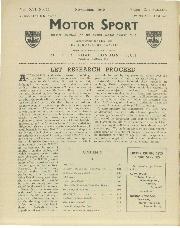 Lonely enthusiasts in the services

Lonely enthusiasts in the services are invited to get in touch with C. W. MOSS, " Tudor House," Bainbridge Av., Hartley, Plymouth — and — GORDON WOODS, "The Rhalt," Burgh… 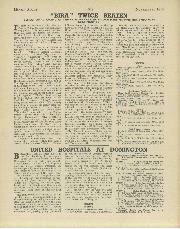 The showdown that Formula 1 fans have been wanting for years is finally here – Hamilton vs Verstappen, the all-time great against the pretender to his crown. A rivalry which… 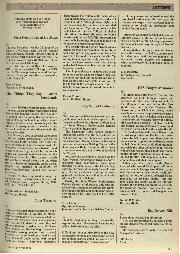 Opinions expressed are those of correspondents and not necessarily those of Motor Sport *** First Ferrari win at Le Mans Sir, The first Ferrari to win the 24 hour of…