Ford used to have a habit of creating unsung heroes from its production line. What often started life as a humble family run-around soon found new uses on circuits and stages, more often than not with great success too. The Escort MkII was a perfect example and set the pace in period, particularly in rallying, but also in racing – and it continues to be a shining example of competition engineering to this day.

It all started back in 1967 when Ford found itself at a crossroads. Its ageing Anglia needed replacing, and the Cortina was gradually moving more and more upmarket, with significantly warmer versions changing the car’s perception from family wagon to sporting coupé.

This came at a cost, leaving Ford short in the mid-range options. The answer was the Escort – a name first used back in the 1950s to designate a base version of the largely forgotten Squire. The new car was unveiled at the Brussels Motor Show in January 1968 and featured a very simple yet effective blend of engineering. Its steel chassis was mated to Kent Crossflow petrol engines. The Escort was also rear-wheel drive, had a four-speed gearbox, featuredMacPherson strut front suspension and had a live axle with leaf springs at the rear. Sound good? It was. Customers raved about the car’s responsive handling and balance, and that could only lead the model to motor sport.

The Escort was already the benchmark when the MkII arrived in 1974. By now chassis were strengthened and widened, and Cosworth had gone to town on the engine front, first creating the 1800cc BDE for the RS1800. Ford then went the whole hog with the stunning 250bhp 2-litre aluminium-blocked BDG engine, which can still be heard echoing around the forests on a rally weekend.

The addition of straight- cut ZF gearboxes and five-link suspension then made it a real hit, particularly on the rally stages.

The Escort MkII won the RAC Rally every year from 1975-79, and in 1979 Ford swept the World Rally Championship board with the RS1800. Björn Waldegård took the drivers’ title, with team-mate Mikkola second and Ari Vatanen in fourth. The Escort had handed Ford its first WRC manufacturers’ title, a feat the brand wouldn’t repeat until 2006, largely thanks to the shock arrival and resulting dominance of Audi’s Quattro and the pivot toward four-wheel drive from 1981.

Regardless, the chunky yet sleek lines of the Escort MkII – not to mention the gravel- tinged roar of both the BDE and BDG Cosworth units – etched the car into the hearts and minds of rally fans the world over. Now multiple businesses work around the clock to satisfy order books full for both refreshed and new-build ‘historic replicas’, either made from original or third-party shells, and you’ll scarcely see a historic rally anywhere in Europe without a MkII present on the entry list.

Why the Escort is now a good investment

Over the past decade, classic fast Fords with race pedigree have gone on to achieve some amazing results at auction, and the market hasn’t tapered off to the same degree as other brands have in the past 18 to 24 months. Some of the highest achieving Escorts have been sold in the past two years.

The Mk2 Escort is no exception, however, the majority of motor sport examples that come to market have a rally pedigree. As far as late ’70s racing Fords go, we’ve seen Capris occupy the £60k-£70k mark with the best cars breaking six figures. We haven’t seen the Mk2 Escort reach this level yet and ones that have come to auction to try and break £100k haven’t sold.

We think the demand for the ’70s and ’80s Fords with a motor sport link will continue to increase over the coming years as those that admired them as young fans are now old enough to buy their own. Some cars have come to market several times unsuccessfully before finding a buyer at a lower reserve, so it may pay to wait for the right one. Based on recent sales, we expect the market for a MkII with pedigree to be £55,000 – £70,000 with a view that could increase over time. Bespoke ‘new-build’ cars can cost much more. 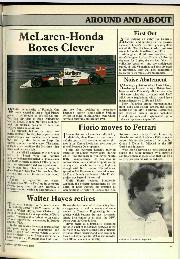 Silencing regulations which looked likely to damage historic racing in Britain have been set aside. Previously, all such events in 1989 were scheduled to comply with RAC MSA noise regulations,… 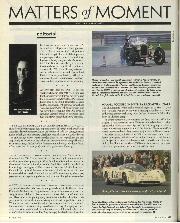 If I were Frank Williams of Jean Todt, I’d be banging on Bridgestone's door right now. The problem is I suspect it is in Bridgestone's interest to keep it closed.… 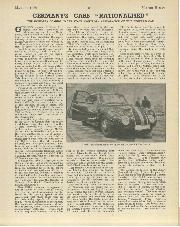 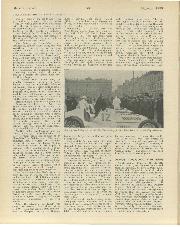 GERMANY'S CARS " RATIONALISED " THE INDUSTRY COMING UNDER STATE CONTROL: APPEARANCE OF THE PEOPLE'S CAR ERMANY, supreme in Grand Prix racing, had few sports-cars on exhibition at the Berlin… 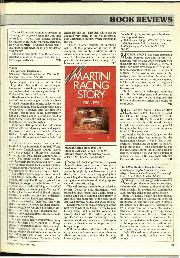 60 minutes. (Duke Marketing Ltd, PO Box 46, Douglas, Isle of Man. £29.90) You might think the art of the film producer lies in the skilful editing of footage and…