The name might not be familiar to many who visit this site, but the passing of Kevin Ash leaves a gaping void in the world of motorcycle journalism. He died earlier this week after an accident in South Africa, where he was participating in the launch of the new BMW R1200GS.

Our paths first crossed about 15 years ago, when we were part of the freelance network affiliated to the closely-knit Daily Telegraph Motoring team. He had just been appointed as the newspaper’s first motorcycling correspondent – a role he still held at the time of his passing. 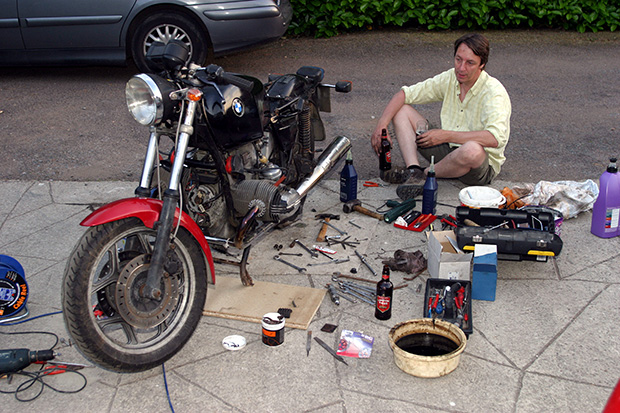 Within his field, Kevin had a reputation as an accomplished rider who was rapid but never reckless. He was also blessed with a fine technical understanding that enabled him to dissect manufacturers’ occasional failings and explain them in detail. It wasn’t wilful confrontation on his part, but a blend of honesty and authority that earned him huge respect. He was also unfailingly good company.

He occasionally dabbled with four wheels, too. A number of years ago, when it was possible to buy right-hand-drive cars significantly more cheaply outside the UK, he set out to source an Alfa Romeo 156 in Holland. Job done, he wrote a booklet explaining how anybody else could do the same. It sold so many copies that he effectively ended up with a free Alfa…

Kevin was 53 years old and is survived by wife Caroline, three daughters and a fine body of work. He will sorely be missed.