The Frenchman is on his way to Phillip Island with his brand-new Alpinestars LCR Honda leathers. So is this judgement day for Johann Zarco? 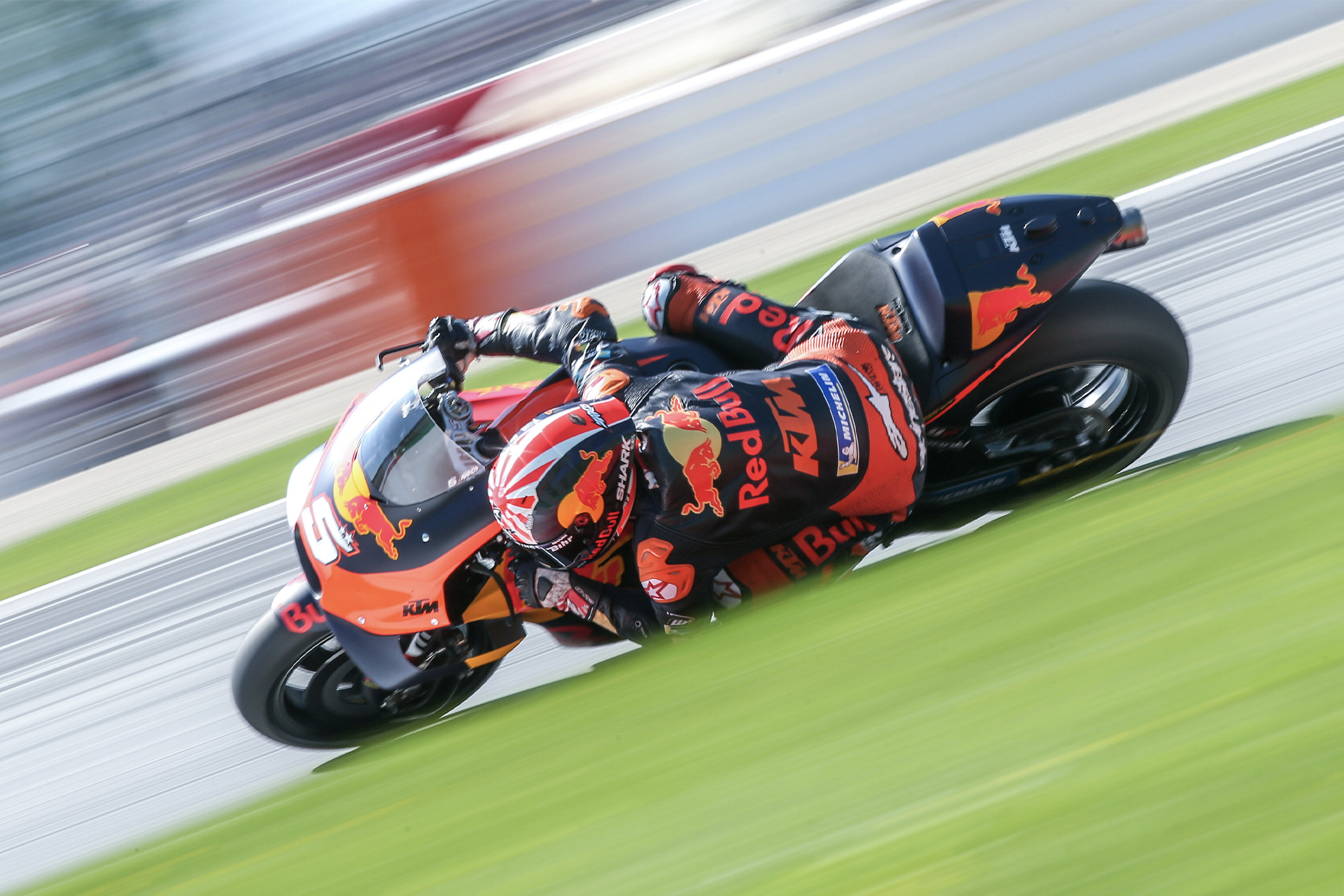 Johann Zarco expected to watch MotoGP’s final few races from the comfort of his sofa in the south of France. Now, thanks to Takaaki Nakagami’s troublesome right shoulder injury – sustained at Assen when he got sideswiped by Valentino Rossi – he will spend the last three races sat somewhat less comfortably on the Japanese rider’s 2018-spec LCR Honda.

Before we wonder how Zarco will fare on the RC213V, we should ask why this is necessary. Why is Nakagami going under the knife when the 2019 championship isn’t over?

The Japanese – who undergoes surgery in Tokyo this week – is a victim of the ever-growing MotoGP season.

Thirty years ago Grand Prix racing’s 1989/1990 off-season lasted 27 weeks, plenty of time for riders to get fixed up by surgeons for the next season. Even ten years ago MotoGP’s winter of 2009/2010 lasted 23 weeks. This year’s offseason lasts only 15 weeks, between Valencia on November 17 and Qatar on March 8.

Of course, a rider’s winter is considerably shorter than that with postseason and preseason testing, hence Nakagami’s decision to skip three races to give him an extra three weeks to recover before the opening 2020 test in February.

This isn’t ideal. Motorcycle riders get hurt, it’s the inevitable downside of their job, so most of them have physical issues that need addressing at the end of each season: an op to fix an injury or an op to remove metalwork from an old injury. It’s almost like a queue forms outside the surgery of MotoGP’s go-to surgeon Xavier Mir’s as soon as riders park their bikes at the end of each year.

But what’s bad for Nakagami is good for Zarco. The Frenchman has had a horrible 2019. Mentally broken by KTM’s RC16, he told factory bosses he would leave the team at the end of the year. On the eve of last month’s Aragon GP, those same bosses sacked him with immediate effect.

At the worst, Zarco’s MotoGP career could be over. Thus, this LCR Honda ride is a lifeline, which may keep him on the grid if he’s able to show flashes of his old brilliance at three circuits where he’s always gone well.

His first challenge is Phillip Island. This is a great place to ride a motorcycle – most riders look forward to going there more than anywhere else because it’s so fast and flowing: maximum thrill, maximum adrenaline. And PI’s old-school layout allows riders to make the difference through bravery, talent and creativity. That’s good for Zarco.

It’s also very fast, with a 212mph/342km/h main straight and numerous high-speed corners, so motorcycles run high gearing which makes power delivery less snappy. And the layout is dominated by long, sweeping corners so riders can comfortably slide the rear tyre and use their right hand to turn the bike.

Phillip Island may not be the best track for Honda’s RC213V, which was logically designed for more typical MotoGP circuits but in fact, the circuit can be great for the bike, which likes to turn with a bit of wheelspin.

Marc Márquez won the 2015 and 2017 Australian MotoGP races and started from pole last year. The reigning champion may have won again if he hadn’t been rammed and his bike terminally damaged by, erm, Zarco.

Zarco goes well at Phillip Island: he bumped and barged with the best of them last year and finished fourth in his rookie ride in 2017, 0.016sec off the podium and 1.8sec behind the winner.

Therefore he has a great opportunity to show what he can do this weekend. There is only one problem: the weather.

On a good day, there are few better places to race a motorcycle than Phillip Island but the forecast for this weekend is typically dire: rain on Friday and Saturday and a chilly 14 degrees on race day.

Low track temperatures make motorcycles trickier and riskier to ride, so Zarco won’t have an easy time trying to build confidence on LCR’s RC213V if the forecast is correct.

After Phillip Island, Sepang in Malaysia, where the weather will be anything but cold. If Zarco struggles in the Aussie chill, perhaps he will find redemption at Sepang where his results are stellar: Moto2 victories in 2015 and 2016 and MotoGP podiums on both his visits, in 2017 and last year.

Sepang is another rider’s track – fast, flowing and one for the brave – but it’s more technical than Phillip Island.

High track temperatures are guaranteed in the tropics, which will be great for Zarco. Most riders love hot race tracks because tyres get a bit greasy, so they slide around nice and predictably. Therefore riders can slide with confidence and play with the grip, once again using wheelspin to turn the bike.

Finally, Valencia. The Spanish track is great fun on a Moto3 bike but riding a MotoGP bike around there is a bit like riding a Fireblade around Sainsbury’s. There’s just not enough room for all the performance. And that problem will only be exacerbated if track temperatures are low, which they probably will be by November 17.

But Valencia isn’t a problem for Zarco – he came within three-tenths of winning the Valencia MotoGP race in 2018, exactly a year after he won his last Moto2 race at the circuit. 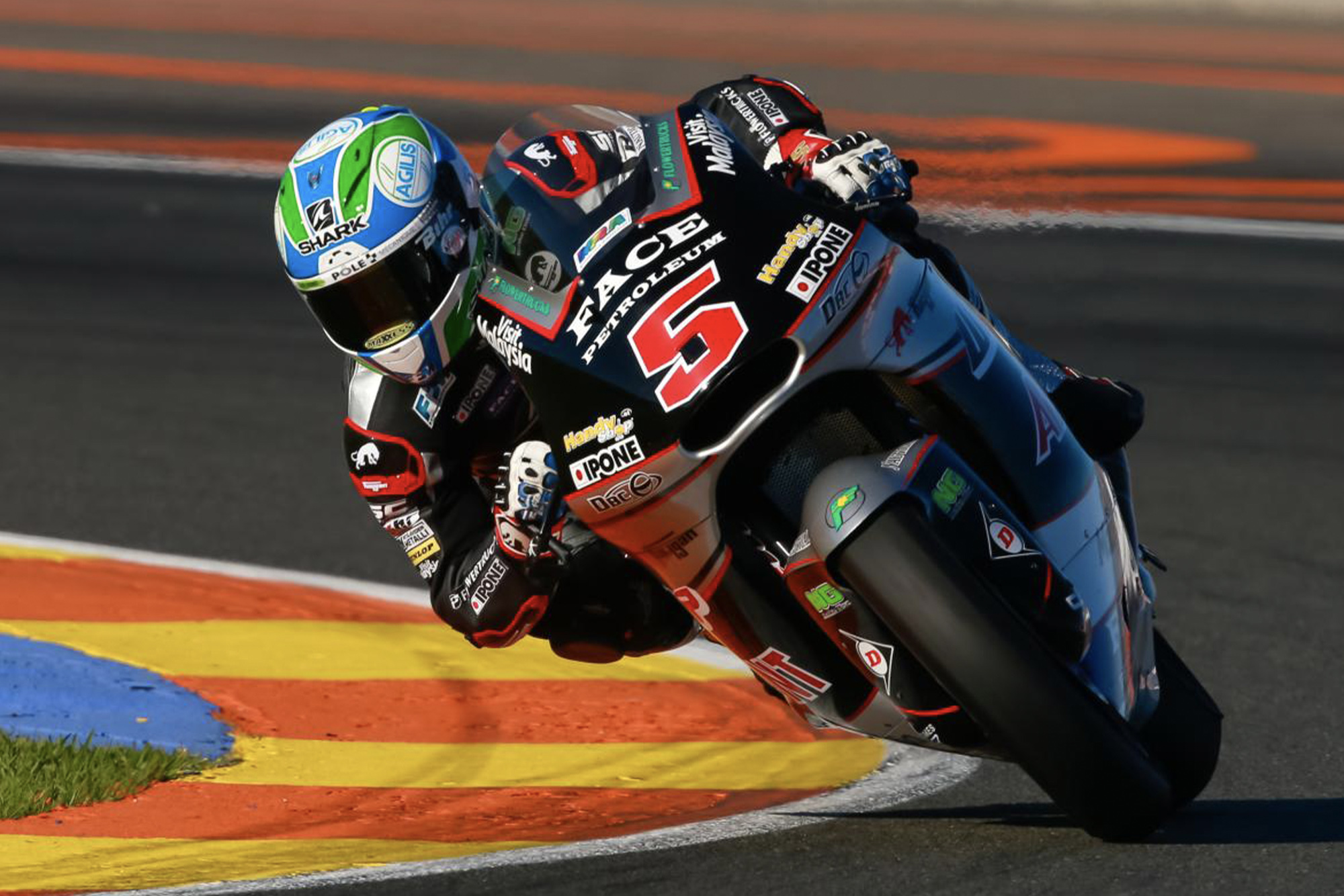 Last time Zarco won with Honda power was in 2016, with his CBR600-powered Kalex Photo: MotoGP

Of course, it’s not all about racetracks, it’s also about how Zarco and the RC213V will get along together.

When KTM designed its RC16 it was obvious where the company’s engineers got their inspiration from. The RC16 and RC213V are very similar in basic configuration: the RC16 has a 90-degree V4 engine housed in a chassis with geometry and centre of mass that looks like the Honda’s.

The rider who has had the greatest success on the KTM is Pol Espargaro, who rides his RC16 like it’s a bucking bronco. Zarco, on the other hand, likes to ride a bike like it’s a thoroughbred racing horse. That’s mostly how he rode the Yamaha YZR-M1 in 2017 and 2018.

Both techniques have their merits and both are a joy to watch, in different ways. The big question is will Zarco be able to ride the RC213V like a thoroughbred racing horse, or will he need to get more physical? All the evidence points to the latter.

Last month KTM motor sport director Pit Beirer explained that Zarco likes to have that “easy-riding feeling” when he’s racing a bike, which probably isn’t what Márquez and Cal Crutchlow feel when they are wrestling their RC213Vs around racetracks.

Beirer also correctly observed that there are two types of motorcycles in MotoGP: the rider-friendly inline fours and the more demanding V4s, which do nearly all the winning.

Zarco will not have an easy ride on Nakagami’s Hondas. But the fact that HRC have so much more MotoGP experience than KTM and the fact that the RC213V has a different chassis and different suspension may make all the difference.

Finally, some rumours suggest HRC is using Zarco’s arrival to pressure Jorge Lorenzo, who is running around at the back of the pack on his 2019 RC213V. No one knows what the future holds for the three-times MotoGP champion, but I don’t think Zarco is being weaponised against him.

The Spaniard fractured two vertebrae in June and is still suffering pain from those fractures, which presumably means they are not 100 per cent fixed. That’s why he is slow at the moment – he doesn’t want to break his back.